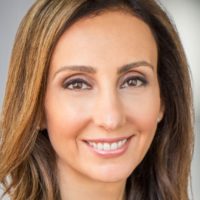 Maysa Jalbout is the founding CEO of the Abdulla Al Ghurair Foundation for Education – a philanthropic initiative with a budget of $1 billion and a goal of educating 15,000 youth within 10 years. For her work in the region, Forbes magazine recognized her as one of the 100 most powerful businesswomen in the Arab world in 2016 and 2017.

Jalbout was previously the founding CEO of the Queen Rania Foundation, and has been an advisor to global leaders, philanthropists, companies and aid agencies investing in the developing world. Jalbout credits her early career years in Canada – working on global education, development and youth employment – with preparing her for the challenging issues and organizations she manages today. She served at Global Affairs Canada and with Employment and Social Development Canada.

In her capacity as a non-resident fellow at the Brookings Institution in Washington, Jalbout’s extensive regional and international experience has also allowed her to produce highly visible research and thought-leadership strategies in several fields of education. As a former refugee, she is passionate about her work in support of refugees. In 2014-15, she authored a series of reports on Syrian refugee education, including one that advocated for the enrollment of 1 million Syrian refugee children in schools, which was commissioned by Their World and endorsed by former British Prime Minister Gordon Brown, the UN special envoy for global education.

Jalbout has served on the boards of several non-profit organizations, and is currently a member of the board of governors of the International Baccalaureate Organization.