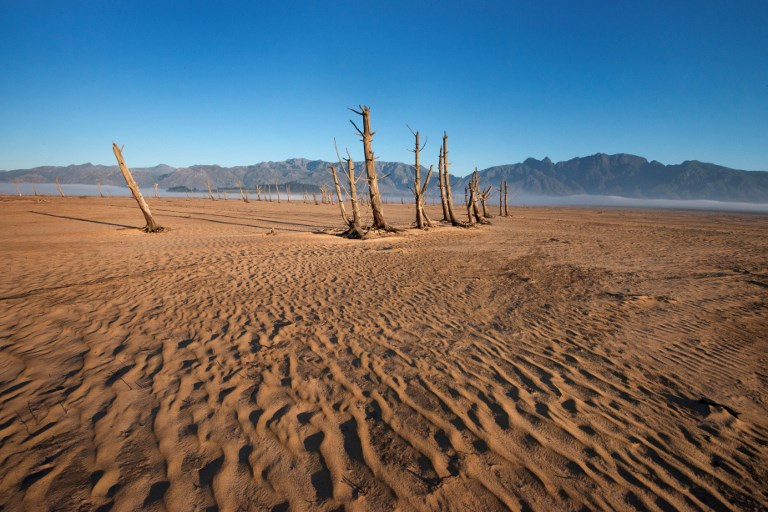 The city of Cape Town is going to be the first major city in the world to run out of water. That is what media reports have been proclaiming for the past several weeks. While the premise is correct, the reality is that Cape Town is not going to completely run out of water. Rather, it will have rationed water at specified collection points for the average resident in order to keep the supply uninterrupted for three key areas: the central business district (home to the South African Parliament), essential institutions such as hospitals and large informal settlements known as townships.

The last one might come as somewhat of a surprise, but disaster management officials have warned of social unrest if water is cut to townships, where millions of the city’s poor live in tin shacks and must collect water from communal taps. Without centralized plumbing in their homes, township dwellers have endured a form of water rationing for decades. Current conservation efforts, therefore, bring most of Cape Town’s residents in line with the water realities of township residents.

The question on everyone’s mind now is how Cape Town reached so-called Day Zero. The answer is a mixture of global climate change, political mismanagement and the birth pangs of a very young country. Like other parts of the world, the city has experienced a prolonged drought over the past several years. In fact, large parts of South Africa have been declared water scarce due to the lack of steady rainfall in recent years. This water reality has played out against a backdrop of spiking population growth, especially in Cape Town. The city now has well over 4 million residents.

Israel has reportedly offered water assistance, but the government has rejected such assistance on the grounds that the offer is politically motivated. South Africa recently downgraded its embassy in Tel Aviv and maintains a robust relationship with the Palestinians.

One country with experience in water management that also has strong relations with South Africa is the UAE. More than nine commercial flights a day connect the two countries and thousands of South Africans live and work in the UAE. As such South Africa should act on its friendship with the UAE for insight on water management. In fact, in South Africa’s plight might be a homegrown economic opportunity for the UAE and its Arabian Gulf neighbors.

The UAE has become water secure while growing its population in a short time. In the early 1960s, the country had less than 100,000 people. Today, that number is edging closer to 10 million. Situated in one of the driest places on earth, the UAE was forced to invest quickly in desalination technology to ensure water security. It has been so successful that Abu Dhabi recently opened the world’s largest reserve of desalinated water in an aquifer in the Liwa desert.

The reserve contains 26 billion liters of artificially desalinated water and is reportedly able to provide up to 100 million liters of water per day in the case of an emergency. The project wasn’t cheap. Considering that it is more than 100 kilometers from the coastline, a special pipe had to be created to move the desalinated water. The entire reserve cost more than $450 million. For a country like South Africa, a similar cost will have to be endured but first the political will is needed.

Without the political will or ability to prepare Cape Town for its new reality of little rain, the city has been slow to establish alternative water creation methods such as desalination plants and advanced agricultural techniques that conserve water. The breakdown in infrastructure preparedness is underpinned by political infighting, corruption and mismanagement of state resources.

The Western Cape province, where Cape Town is located, is the only South African province controlled by the opposition Democratic Alliance (DA) party. The DA has long been associated with the country’s white minority. Under DA control, the exclusive areas of Cape Town have had lower crime rates than the rest of the country and attracted the lion’s share of tourism but haven’t integrated racially in the same way as cities such as Johannesburg. Crime rates in Cape Town’s townships are shockingly high but given the city’s unique geography with Table Mountain separating the exclusive areas that hug the Atlantic coast with the dusty flatlands that are home to the townships, crime is largely confined. It is almost as if two cities exist in Cape Town.

Thanks to corruption in the national government, a declining economy and infighting in the ruling African National Congress (ANC), the DA has been able to achieve impressive political gains over the ANC in several recent elections outside of the Western Cape. This has been an embarrassment for the party that liberated South Africa from Apartheid, and its leaders appear to be exacting revenge by declaring that national resources will not be diverted to assist the Western Cape province with its drought.

Just a couple of years ago, the country was subject to rolling electricity cuts because the national government failed to invest in upgrading the nation’s aging electricity infrastructure. In the past months, the DA has blamed the ANC for depriving the Western Cape of the funds needed to fast-track desalination plants and other measures that would have averted this crisis.

It is easy to forget that South Africa is a country that has a long history but is early in its democratic development. For it to realize its potential as of one of Africa’s leaders, it must rise to the challenge of the Cape Town water crisis by leaning on its friends and allies for support in establishing best practices for water security.

A good place to start is with its partners in the Arabian Gulf that have successfully overcome this particular water challenge and are now leaders in the field. Given the pace of global climate change, Cape Town will not be the last city to face a water crisis. Indeed, Arabian Gulf nations could find in South Africa the first testbed of a global industry that rests on their comparative advantage in the knowledge-based sector of water management.