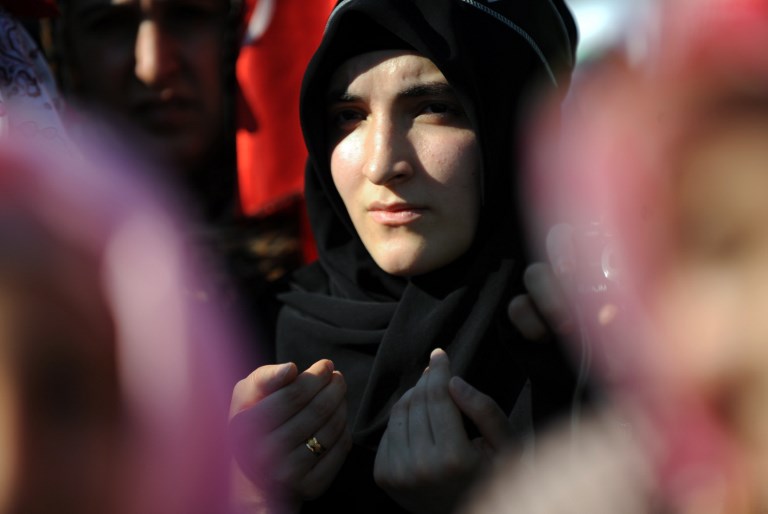 From Donald Trump’s alarmist speech in 2017 in Poland, where he declared “every last inch of Western civilization is worth defending with your life,” to his more recent fear mongering about “Middle Easterners” hiding in the Latin American caravan and who were about to “invade” the United States, one thing is constant in the American president’s worldview: the specter of radical Islam on the march, ready to take over the West. Trump, of course, is not alone in exploiting this paranoia. In Europe, populist anti-immigration parties constantly beat up the drum of Islamization. Witness France, Germany, Britain, the Netherlands and Belgium, where large Muslim minorities reside. But even Poland and Hungary, with hardly any Muslim immigration to speak of, appear deeply worried about a looming invasion.

It is easy to blame anti-immigration politics and racism for the rise of Islamophobia. Yet, the problem cannot be reduced to populist politics. The Western intelligentsia is as much to blame. Since the end of the Cold War, the tendency to overstate Islam has become intellectually fashionable, thanks in a great measure to Samuel Huntington, who warned about a rapidly approaching “clash of civilizations.”

Unfortunately, the late Harvard professor’s outlook proved prescient. His gloomy prediction turned into self-fulfilling prophecy after the 9/11 terrorist attacks. “Jihad” and “crusade” emerged in the popular lexicon as the US reacted to the attacks by invading Afghanistan and Iraq. Today, in the eyes of large majorities in the West, Islam not only represent an existential security threat, but also an apparently insurmountable obstacle to freedom, democracy, secularism and gender equality – in short, to all progressive values associated with modernity.

And as if 9/11 was not enough to fuel a civilizational clash, the global financial crisis of 2008 exacerbated identity politics. Times of economic hardship hasten the search for scapegoats. The prolonged recession empowered xenophobic, anti-immigration political parties by unleashing a backlash against the pro-globalization establishment. This rising trend of angry nationalism in the West made Islam, multiculturalism, immigration and refugees easy targets. Political parties that campaigned against Muslim immigration are now in power in Austria, Italy, Poland and Hungary, and they define the contours of public debate in Britain, France and Germany.

Unfortunately, the Arab uprisings of 2011 failed to change the image of Islam. Arguably, they made things worse. In Egypt, the Islamist Muslim Brotherhood swept into power, before a military coup removed it. Bloody civil wars in Libya, Yemen and Syria, coupled with the rise of ISIS, contributed to an already dismal Western perception of Islam.

The result has been to reinforce the tendency in the West to look at the Middle East through the prism of religion. From Turkey’s transformation under Recep Tayyip Erdogan to what has been called the Sunni-Shiite sectarian conflict, the focus invariably is on Islam, at the expense of almost all other economic and political drivers of conflict. And the verdict this delivers is ominous: Islam is not compatible with democracy, secularism, modernity and many other progressive achievements. Islam also is perceived as an autocratic, intolerant, violent and belligerent religion.

Sadly, such sweeping generalizations seldom are seen as the superficial assertions based on a false sense of religious and cultural determinism that they are. Instead, they pass for incisive political diagnosis and find increasingly receptive audiences after each terrorist attack. These dynamics exacerbate the Western obsession with Islam and create increased polarization and mutual frustration between Muslims – who resent the demonization of their faith – and Western audiences – who demand higher levels of self-criticism and introspection in the Islamic world.

Take the Sunni-Shiite sectarian wars, for instance. Instead of an ancient Islamic rivalry rooted in theology, the sectarianized conflicts in Syria, Iraq, Yemen and Lebanon are products of a geostrategic competition between Iran and Saudi Arabia. The conflict primarily is about competing Arab versus Persian nationalism, not religion. And it is taking place most destructively in failed and failing states where governance has collapsed or is badly compromised.

Similar dynamics apply to ISIS. This barbaric aberration did not emerge because some Sunnis suddenly decided to embrace an apocalyptic vision of theology. Yet, most tomes on ISIS in Western bookstores claim precisely that. Instead, one would profit more by paying attention to the obvious: ISIS was born in parts of Syria and Iraq where state institutions had collapsed, and where Sunni religious nationalism emerged against Shiites perceived as agents of Iran. The further fact that former Baathist officers – of secular political background – established the military backbone of the organization speaks volumes.

Autocracy, radicalism and sectarianism in the Middle East are mostly to do with plain old politics and institutional failure. So, if the West really wants to understand the region, a new political slogan might help focus the mind: it’s nationalism and failed governance, stupid. It’s not Islam.