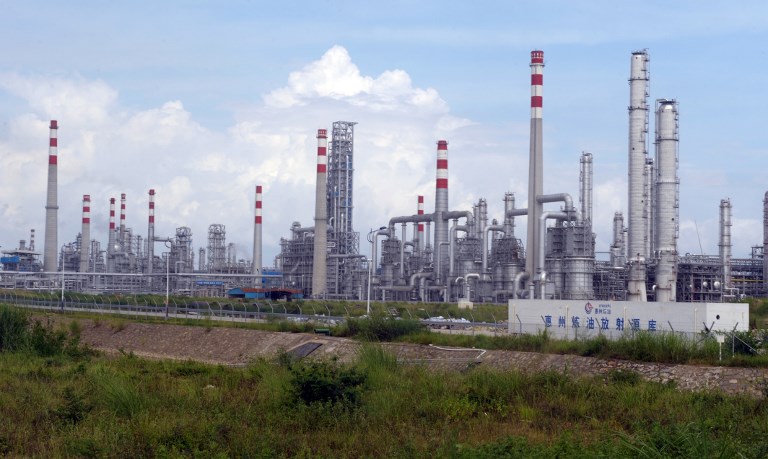 The investment strategy of Arabian Gulf states is fundamentally different from that of the bulk of Asia. Lying on the continent’s most western flank, Gulf states’ investment, irrespective of whether it is domestic, Western or Chinese, comes from financial, technology and other service industries, the arms industry or governments. It is mostly focused on services, infrastructure or enhancing the state’s capacities, rather than on manufacturing, industrial development and the nurturing of an independent private sector.

The death of journalist Jamal Khashoggi has put a spotlight on the risks inherent in such a policy in an environment of unpredictable and unaccountable leadership. Technology, media and other services industries have cancelled, in the wake of Khashoggi’s death, their participation in a high-profile investors’ conference in Riyadh this week. Sponsored by Saudi Crown Prince Mohammed bin Salman, the conference was intended to attract investment in his Vision 2030 plan to reform and diversify the Saudi economy.

With the exception of, for example, state-run airlines and DP World, Dubai’s global port operator, the bulk of investment is portfolios managed by sovereign wealth funds, trophies or investment designed to enhance a country’s international prestige and soft power. In contrast, major Asian nations like China and India have used investment to lift hundreds of millions of people out of poverty, foster a substantial middle class and create an industrial base.

To be sure, with small populations, Gulf states are more likely to ensure sustainability in services, tourism and oil and gas derivatives rather than in manufacturing and industry. Nonetheless, that too requires enabling policies and an education system that encourages critical thinking and the freedom to question and allow one’s mind to roam without fear of repercussion, and grants free, unfettered access to information.

China’s $1 trillion, infrastructure-driven Belt and Road initiative may be the Asian exception that would come closest to some of the Gulf’s soft-power investments. Yet, even so, the Belt and Road initiative, designed to alleviate domestic over-capacity by state-owned companies that are not beholden to shareholders’ short-term demands and/or geopolitical gain, contributes to productive economic growth in the People’s Republic itself.

Asian nations, moreover, have been able to manage investors’ expectations in an environment of relative political stability. By contrast, Saudi Arabia dented confidence in its ability to reform and diversify its oil-based economy when after repeated delays it suspended indefinitely plans to list 5 percent of its national oil company, Saudi Arabian Oil Company, or Aramco, in what would have been the world’s largest ever initial public offering.

The Aramco delay, as well as the disappearance of Khashoggi, followed a series of political initiatives for which there has been little equivalent in the rest of Asia. These included the Saudi-UAE military campaign in Yemen; the 16-month-old diplomatic and economic embargo of Qatar by Saudi Arabia, the UAE, Bahrain and Egypt; and the diplomatic Saudi spat with Canada in response to a tweet criticizing the kingdom’s human rights record. As a result, foreign direct investment in Saudi Arabia last year plunged to a 14-year low.

All of this is not to say that the rest of Asia does not have its own questionable policies such as Chinese claims in the South China Sea or the Pakistani-Indian feud, and questionable business practices such as China’s alleged industrial espionage. However, with the exception of China’s massive repression of Turkic Muslims in its northwestern province of Xinjiang, none of these are likely to fundamentally undermine investor confidence, derail existing social and economic policies that have produced results or produce situations in which avoidance of reputational damage becomes a priority.

At the bottom line, what differentiates much of Asia from the Gulf and accounts for its economic success are policies that ensure a relatively stable environment and are focused foremost on social and economic enhancement. That may be the lesson for Gulf leaders.

James M Dorsey is a senior fellow at Singapore’s S Rajaratnam School of International Studies and the author of “The Turbulent World of Middle East Soccer.”