As a Lunchtime Staple Becomes a ‘Luxury,’ Lebanon Sinks Further into Crisis 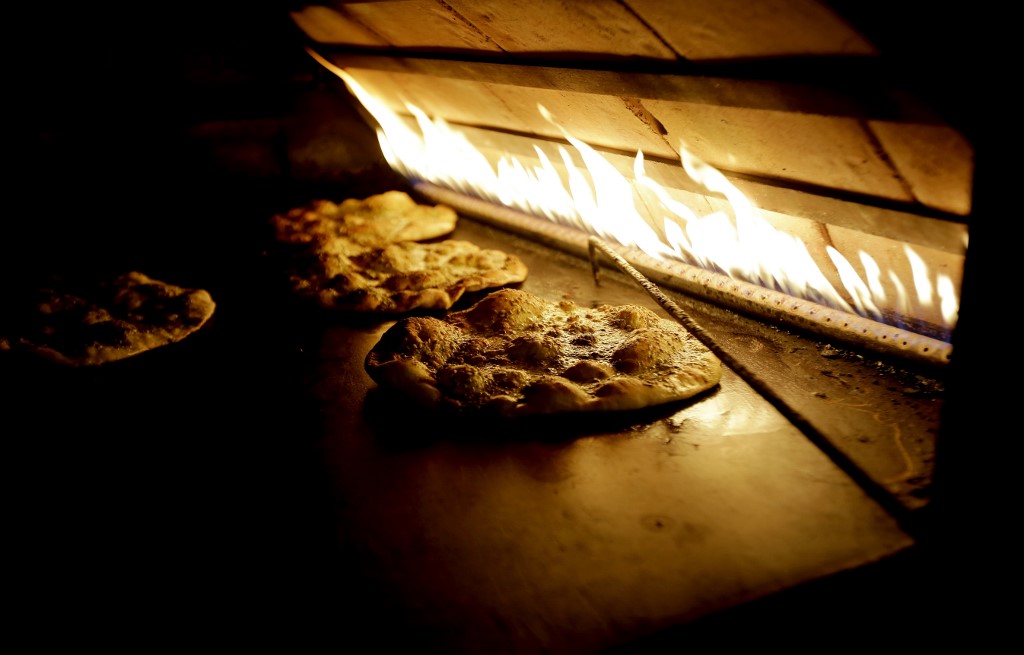 Lebanon spends $160 million each year on importing to wheat to mill into flour. Half of this flour – sold at subsidized prices – is used for bread, and the rest for a variety of products that include cakes and, most importantly, zaatar pies. Known as manqousheh, the zaatar pie is among the cheapest and most popular fast food, often eaten on the run by taxi drivers and other workers. But last week, the government told bakeries it can only sell them half the normal amount of subsidized flour, and that this should be used just for bread. Other baked goods, including the humble manquosheh consumed by laborers and office workers alike, can only be made with full-priced flour, and thus will become “luxury-priced” food. (Imagine a slice of pizza categorized as a luxury.) This development illustrates the depth of crisis in the Lebanese economy.

In a bid to avoid the outbreak of famine (outrageous that this should even be a possibility in Lebanon), the World Bank rushed to make a “social security” loan of $264 million to Beirut. This should cover the cost of the country’s import of subsidized food staples for the coming year.

But while the loan will fund Lebanon’s wheat import, it is too little to cover the country’s need for energy. At a cost of $300 million a year (7.5 million barrels of oil at a current annualized average of $40 each), Beirut will not be able to import enough oil. This will not only make transportation unaffordable for many, but will hamper the country’s ability to generate sufficient electricity. Come summertime, when temperatures hover close to 40 degree Celsius, Lebanese will find themselves in a living hell.

The central bank stopped posting its foreign-currency reserves on a monthly basis many years ago, well before the Lebanese pound started depreciating, falling from 1,500 to the dollar in September 2019 to 8,500 to the dollar today. Still, the central bank has managed to perpetuate a fantasy that it has reserves of around $17 billion. Yet, the fact that the government has had to reduce subsidized-flour supplies to bakeries indicates that reserves are way below what has been advertised and are probably at less than $1 billion, according to independent estimates.

What is even worse than the shenanigans at the central bank is the mediocre performance of the country’s leadership. So far, Lebanon’s leaders – President Michel Aoun, the parliamentary speaker, Nabih Berri, and whoever is acting prime minister or prime minister-designate at the moment (the government continues to be in the process of being “formed”) – have responded to the crisis with more of the same: reshuffling the cabinet.

Lebanon’s intelligentsia has performed no better – possibly worse – than the central bank and top state officials. Most often than not, journalists and other elites have failed to grasp the severity of the problem or what is needed to deal with it. They endlessly speculate over who might get cabinet jobs in yet another government, as if this will make any difference when a series of governments has failed to solve any of Lebanon’s most dire problems.

Perhaps these people, the intelligentsia, take heart from Samuel Beckett’s “Worstward Ho,” which include these oft-quoted lines: “Ever Tried. Ever failed. No matter. Try again. Fail again. Fail better.” Instead, a better description of Lebanon comes further down: “Fail worse again. Still worse again. Till sick for good.”

If debate and endless talking could fuel GDP, Lebanon would surpass Saudi Arabia and the UAE in wealth generation. But of course not. Yet there is one subject government officials and the talking heads are unwilling to debate: Hezbollah, the formidable militia that impedes any chance of the country pulling itself out of the mire.

As long as Hezbollah wields arms and allows itself to act as a proxy for Iranian adventurism throughout the Middle East, Lebanon has no chance of economic salvation. Who would invest in Lebanon? Who would risk their capital in a country where a dominant party is continually picking fights with almost everyone?

When America emerged as the top global power in the last century, its leaders eschewed the temptation of empire building. Instead, they saw America’s interests to be entwined with those of friendly countries encouraged to exercise their right of self-determination. Of course, it wasn’t always successful. Still, many nations proved they could not only exercise self-government with prudence, but also prosper. Lebanon has not been one of them.

Modern Lebanon keeps one aspect of its ancient culture alive – selling “military services” to the highest regional bidder. In ancient times, it was the coastal Phoenician city states allied with powers in Mesopotamia and Egypt. Today, Hezbollah does Iran’s bidding. Instead of banding together to topple Hezbollah and prevent imminent socioeconomic disaster, Lebanon’s oligarchs – failing worse and then worse again – continually sell out to the militia. In this respect especially, modern Iraq, the heir to the Mesopotamian kingdoms, should not look to any example from the Levant.

France’s foreign minister, Jean-Yves Le Drian, compared the Lebanese oligarchs to the band on the Titanic, which continued to play in a bid to calm passengers as the ship sank. “Lebanon is the Titanic without the orchestra,” Le Drian told Le Figaro newspaper. “The Lebanese are in complete denial as they sink, and there isn’t even music.”

Worse, there aren’t even zaatar pies.