As Russia is Squeezed on Ukraine, Israel Gets a Free Pass in West Bank 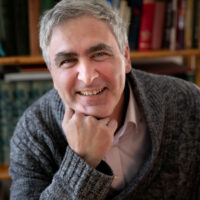 While Russian forces battle to occupy Ukraine, thousands of kilometers away, in a hilly town called Beita, near Nablus in the West Bank, Israeli settlers and the Israeli army are trying to take over more Palestinian territory. And although the differences in scale, depravity, and human costs pale compared to Russia’s incursion, it is understandable why Palestinians see a double standard at work in Western attitudes.

On a recent visit to Beita, I learned more about Palestinian opposition to Israel’s latest land seizure aimed at establishing a new settlement, Evyatar, and saw firsthand evidence of Israel’s violations of international law and human rights.

The Israel Defense Force’s repertoire in Beita includes excessive force, collective punishments, nighttime arrest raids and economic warfare. Nor has Beita been spared in the current escalation that has entailed a string of terrorist attacks inside Israel, clashes at Al Aqsa mosque that raised regional tensions and Israeli army operations across the northern West Bank.

On April 13, Fawaz Hemayel, a Palestinian Authority official and leading figure in the Beita community, was shot dead during a raid by Israeli forces. Locals believe the operation was waged against them because they oppose the implantation of an illegal settlement on land the international community says it envisions as being the heartland of a future Palestinian state.

What is happening in Beita is a microcosm of Israel’s accelerating de facto annexation across the West Bank territory it captured 55 years ago. Israel has ruled the territory through a military dictatorship ever since, despite the granting of nominal self-rule to some Palestinian areas in 1993. Israel acts without meaningful pressure from the international community. This lack of accountability helps it engage in what Israeli West Bank expert Dror Etkes terms “institutionalized land theft,” and to settle its nationals on Palestinian land, despite the prohibitions of the Fourth Geneva Convention.

Calling Israel to account on its actions in the West Bank should in no way detract from standing against the deplorable terrorist attacks we have recently witnessed against Israeli Jews inside Israel proper.

Since May 2021, the residents of Beita have waged an uprising against Israeli moves to establish the new settlement, with some slinging stones at  troops during protests and others using burning tires. The Israeli Defense Forces’ response has left 10 Palestinians dead and caused more than 1,200 injuries from live gunfire or from rubber coated metal bullets, according to the UN’s Office of the Coordinator of Humanitarian Affairs (OCHA) in Jerusalem.

According to the local municipality, 150 Beita residents have been handicapped as a result of being shot by the IDF. This in a town of 17,000. At least 10 Israeli soldiers have suffered “significant injuries” and others minor ones, according to the military.

Officials from Breaking the Silence, a group of IDF veterans who oppose the occupation, have criticized what they see as misuse of the military on behalf of extremist settlers. They rightly realize that the army’s mission has become corrupted, and that this spells disaster for hopes of a two-state peace compromise in which the Palestinians are liberated from occupation and Israel becomes more democratic. Breaking the Silence director Avner Gvaryahu has called the toll in Beita “horrible.”

One Israeli activist who has participated in the protests out of solidarity with Beita shared with me what he had witnessed during the demonstrations. Ido (he asked that only his first name be published out of fear of retribution from right-wingers) painted a picture of a military that acts with impunity. “There are people I know who got shot in the leg and arrested, got out of jail two months later, and then got shot in the head,” Ido said. “It’s very common to be shot.”

For example, “I know of someone who was shot in the eye as he carried a flag. There are a lot of injuries to the upper body and the head. Just two weeks ago, a 12-year-old boy named Rayan was shot in the head with a rubber bullet.”

As the carnage in Beita demonstrates, Israel’s illegal settlement and occupation activities seem to be growing harsher. However, the United States, while professing to oppose settlements, is not only failing to meaningfully curb Israel’s behavior, it is actually sponsoring it through the delivery of unconditional foreign aid packages to the country. As another Beita resident, Said Hemayel, told me, while rights groups have documented Israel’s activities in the West Bank, governments are failing to act on their findings. “No one is acting to make Israel stop the crimes,” said Said, whose 16-year-old son, Mohammed, was killed by an IDF bullet to the chest in June.

It’s small wonder that a poll recently released by the Ramallah-based Palestinian Center for Policy and Survey Research showed that a substantial majority of respondents believe there is a “double standard” between the West’s reaction to the invasion of Ukraine and its acquiescence to the Israeli occupation they suffer from daily.

Khalil Shikaki, head of PCPSR, put it this way: “The international community does recognize this is a military occupation and that Israel’s behavior of settlements, house demolitions, and other measures is illegal and that Israel is occupying the territory of another country. Yet, the international community doesn’t do anything beyond mere rhetoric.”

Ben Lynfield is the former Middle East affairs correspondent at the Jerusalem Post.