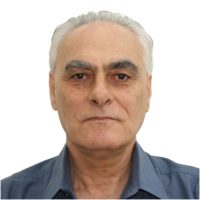 James M Dorsey is a senior fellow at the S Rajaratnam School of International Studies, co-director of the University of Würzburg’s Institute for Fan Culture and co-host of the New Books in Middle Eastern Studies podcast. Dorsey is the author of ”The Turbulent World of Middle East Soccer” blog, a book with the same title and a co-authored volume, ”Comparative Political Transitions Between Southeast Asia and the Middle East and North Africa.” He also wrote ”Shifting Sands, Essays on Sports and Politics in the Middle East and North Africa” and, most recently, ”China and the Middle East: Venturing into the Maelstrom.” The investment strategy of Arabian Gulf states is fundamentally different from that of the bulk of Asia. Lying on the continent’s most western flank, Gulf states’ investment, irrespective of whether it is domestic, Western or Chinese, comes from financial, technology and other service industries, the arms industry or governments. It is mostly focused on services, … END_OF_DOCUMENT_TOKEN_TO_BE_REPLACED