Egypt Has an Opportunity to Set a New Norm in Protecting Women in its Population By Jasmine El-Gamal - Oct 29, 2018

A year ago, a tweet by American actress Alyssa Milano helped ignite a global movement where women have raised their voices against sexual harassment and demanded recognition of, and support for, its victims. As the #metoo (“ana kaman”) movement has shifted the national conversation in the United States and helped bring hundreds of sexual harassers … END_OF_DOCUMENT_TOKEN_TO_BE_REPLACED Will Pompeo Calm Tensions in the Middle East or Turn Up the Heat? By Jasmine El-Gamal - May 5, 2018

Mike Pompeo, the new US Secretary of State, has several formidable challenges ahead of him, not the least of which is managing a host of thorny issues in the Middle East. In this regard, Pompeo has come out of the gate running, with a trip to three Middle East countries just days after his confirmation. … END_OF_DOCUMENT_TOKEN_TO_BE_REPLACED 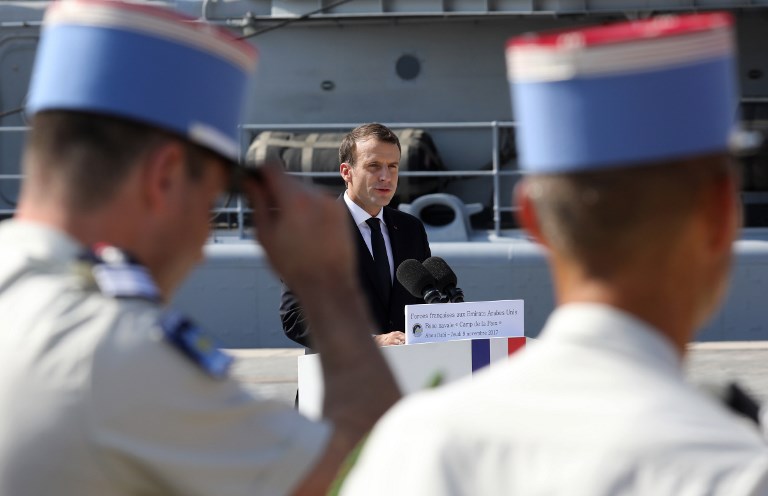 With Macron Comes a New French Role in the Middle East By Jasmine El-Gamal - Apr 26, 2018

On April 23, French President Emmanuel Macron arrived in Washington, DC, for his first official visit to the United States. Macron’s agenda, much like that of Donald Trump himself, is ambitious. It includes, among other things, a plan to solidify a newly invigorated partnership with the United States, based on a personal relationship with the … END_OF_DOCUMENT_TOKEN_TO_BE_REPLACED Middle East Leaders are Failing the Syrian People – and the Region By Jasmine El-Gamal - Feb 27, 2018

“[We] no longer have the words to describe children’s suffering and our outrage.” That terse statement from Unicef, the UN children’s organization, following the massacre in Eastern Ghouta by Syrian government forces, said everything about helplessness in the face of unspeakable horror. For what words can possibly do justice to such a tragedy? Yet words … END_OF_DOCUMENT_TOKEN_TO_BE_REPLACED The Trump Administration Needs a Counter Extremism Strategy for the Middle East By Jasmine El-Gamal - Feb 8, 2018

As a presidential candidate, Donald Trump spent months of his campaign decrying the actions of what he labeled “radical Islamic extremists.” He vowed to prioritize the fight against them if he won, and promised to do away with what he saw as an overly soft approach to countering terrorism under the Obama administration. One year … END_OF_DOCUMENT_TOKEN_TO_BE_REPLACED