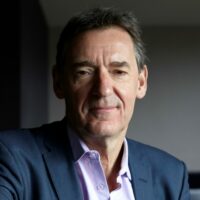 Jim O’Neill is a former chief economist at Goldman Sachs and served as commercial secretary to the UK Treasury from 2015 to 2016. He is a cross bench peer in the House of Lords and a member of the panel of senior advisors to Chatham House. His previous roles include joint head of research at Goldman Sachs and chairman of its asset management division. While working at Goldman, Jim created the “BRIC” acronym. He is a board member, and one of the founding trustees of educational charity SHINE and recently became chair of Northern Gritstone. As international sanctions over the war in Ukraine slow Russia’s growth, global knock-on effects – from higher gas prices to faster inflation – are easy to see. Others, like whether the Russian invasion will lead to an end of the official grouping of emerging economies known colloquially as the BRICS, require closer examination. The BRICS – Brazil, Russia, India, China, and South Africa – is a political body … END_OF_DOCUMENT_TOKEN_TO_BE_REPLACED