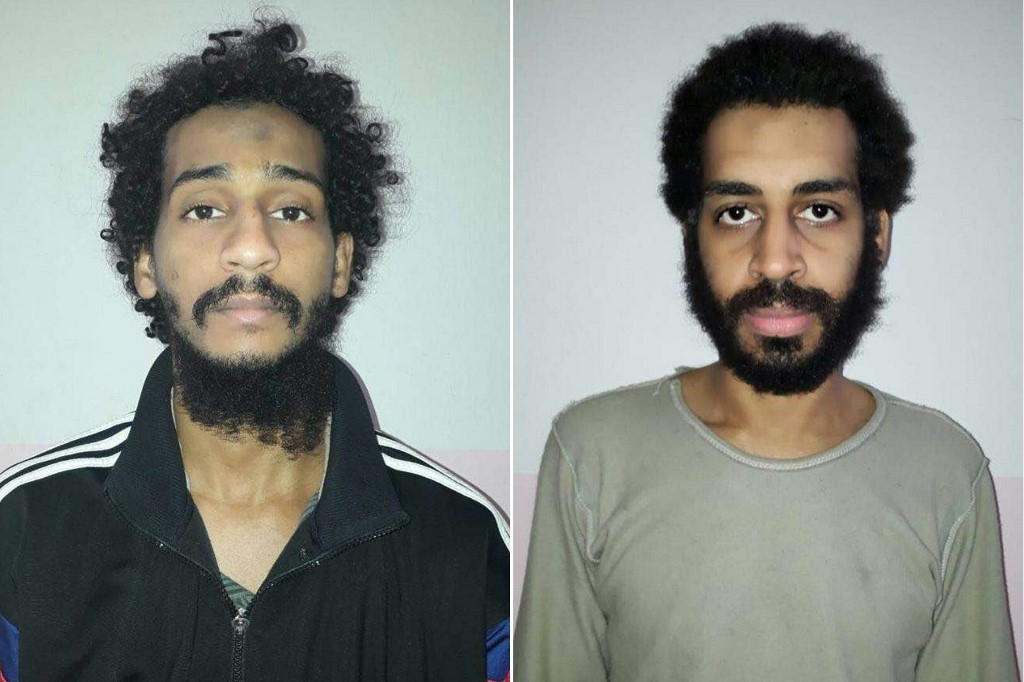 So the unseemly bargaining between Britain and the US over the judicial fate of the alleged mass murderers El Shafee Elsheikh and Alexanda Kotey has reached its unsavory conclusion. If all goes to plan, the two members of the ISIS gang known by their captives as “The Beatles” on account of their British accents will now be tried in an American court where, thanks to a legal challenge brought in the UK by one of the men’s mothers, they will be spared the death penalty.

The two Britons were one half of a four-man group of radicalized Muslims from West London who left the UK to join ISIS in 2013. Between 2014 and 2015, the four were allegedly responsible for the sickening on-camera beheadings of dozens of captives in Syria, among them the American journalists James Foley and Steven Sotloff and British aid workers David Haines and Alan Henning.

Although in the Western media it was the fate of the Western captives of ISIS that provoked the most outrage and attracted the majority of headlines, it was Syrians and Iraqis who paid the heaviest price during the demonic rule of the short-lived “caliphate.” Among its victims were the 22 members of the Syrian armed forces captured by ISIS and tortured and killed by “The Beatles” between August 2014 and January 2015.

In June 2014 the United Nations said ISIS had murdered more than 1,000 people in Iraq in the two weeks since the group had begun to sweep across the country. “This figure,” a spokesperson said, “should be viewed very much as a minimum.” Two months later a video emerged showing scores of Syrian soldiers being abused and beaten as they were marched to their murders after the capture of Tabqa airbase in Raqqa province. And in February 2015, downed Royal Jordanian Air Force F-16 pilot Muath Al-Kasasbeh was filmed being burned to death inside a cage in Raqqa.

So why are Elsheikh and Kotey, such well-known symbols of all such atrocities, to be tried in an American court, where they are to be guaranteed immunity from the ultimate punishment that they so brutally imposed on so many of their victims?

The pair were captured in Syria in early 2018 by Syrian Democratic Forces, the US-backed Kurdish militia. The Kurds handed them over to the Americans in October 2019 when the Turkish military moved into northern Syria, and the two were transferred to US custody in Iraq.

Britain, which had stripped the pair of their citizenship, agreed to share intelligence about the two men that American prosecutors believe is central to the case against them. Unusually, Britain’s then Home Secretary, Sajid Javid, did not seek an assurance that the pair would not face the death penalty, abolished in the UK in 1965.

Then, in July 2018, Elsheikh’s mother took the British government to court, seeking a review of the decision. The case was thrown out, but in March this year Maha Elgizouli won an appeal to the supreme court, which ruled the decision to share intelligence about the two men with the US with no regard to the death penalty was unlawful and “based on political expediency.” Now, in a deal to break the deadlock and allow the two men to be tried in an American court, the US has agreed to take the death penalty off the table.

Political expedience, rather than any real desire for justice, has guided the stances of both the US and UK in the case of the two “Beatles,” just as it did when Saddam Hussein, captured by American troops in 2003, was handed over to Iraqi justice and executed in 2006 instead of being tried by a court in the US.

At that point it suited America, facing a determined insurgency in Iraq, to try to bolster the credibility of the Coalition Provisional Authority and its successor governments. Now, with Donald Trump facing the increasing possibility of defeat in November’s presidential election, his administration is keen to showcase American vengeance in a televised US courtroom.

The British government, meanwhile, desperate for post-Brexit trade crumbs from the US, is accused by human-rights groups of having initially waived its normal objections to capital punishment in the interests of cozying up to the Trump regime.

Britons and Americans alike will be keen to see some form of justice served on these two men. But what of the thousands of Syrian and Iraqi families devastated by the scourge of ISIS, to say nothing of the countless individuals in both countries left bereaved by the shocking murders allegedly carried out by Elsheikh and Kotey?

The spectacle of the UK and the US tussling over the fate of these two men for purely pragmatic political reasons is a classic example of “we-know-best” neo-imperialism.

As such it is as nakedly shameless as the Western military interventions that have caused such chaos and suffering in the region over the past two decades, and reminiscent of the carving up of the former Ottoman Empire following the First World War, with all the consequences that are still being endured to this day.

Iraqis and Syrians have as much, if not more, right to decide the fate of these two alleged brutal killers.

To try Elsheikh and Kotey in a US court, and to spare them the possibility of the ultimate sanction to do so, is to brush aside the rights and the feelings of all those in the region who have suffered at their hands as if they simply don’t matter. Which, of course, in the ultimate political calculations of the Western powers, they don’t.