Between an Islamist and a Populist for President, Tunisian Democracy Is at a Crossroads 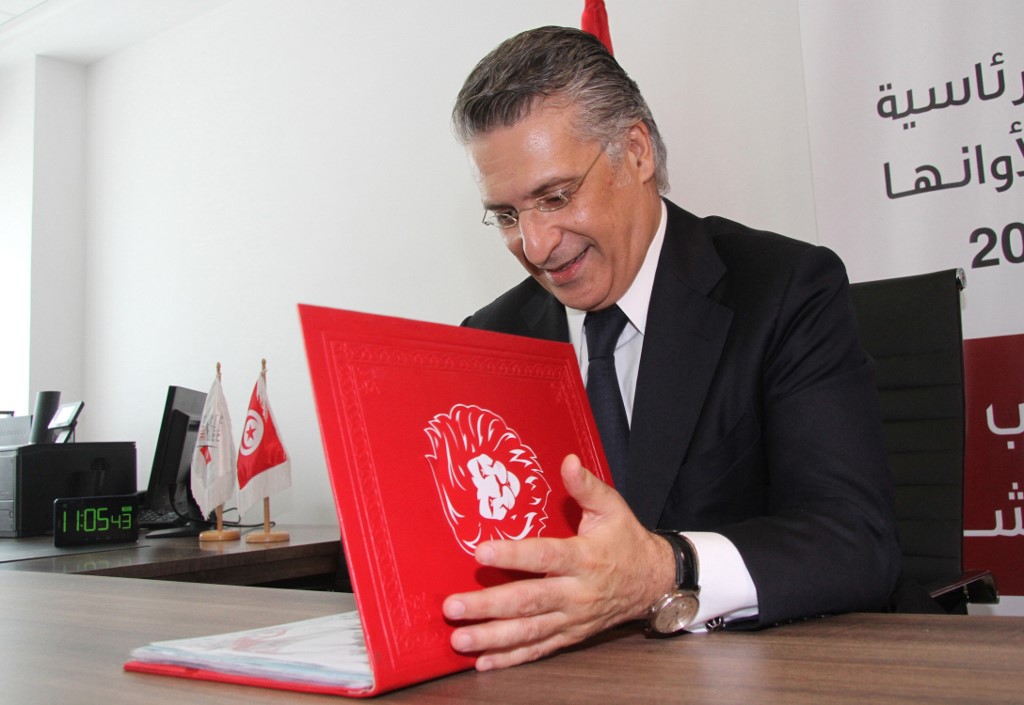 In a snap presidential election in September, Tunisians are likely to have to choose between an Islamist and a populist strongman. Their choice could inextricably alter the course of their country’s young democracy. This unexpected election was necessitated by the death last month of President Beji Caid Essebsi. For the first time since the 2011 revolution, the Islamist Ennahda party will be fielding a candidate for the presidency, having refrained from doing so before in the past to avoid accusations of monopolizing power. But after an acrimonious internal debate, it was decided the party vice president, Abdelfattah Morou, will be Ennahda’s candidate.While Ennahda has moved away from its earlier commitment to Islamizing Tunisian society, Morou’s own record on this front is more chequered and includes fraternizing with radical extremist preachers in the past, for which he has expressed remorse. Nonetheless, if he wins in September, it could well deepen the fault line in Tunisian society between secularists and Islamists.Tunisia’s French-inspired form of government gives the president control over foreign policy and defense. Having thus far kept out of the regional quarrel between Qatar and Turkey on the one hand and Saudi Arabia, the UAE, Egypt and Bahrain on the other, Tunisia under President Morou is more likely to become embroiled in it as Ennahda’s origins in the Muslim Brotherhood  means its voter base is far more sympathetic to Qatar and Turkey.The decision to field a candidate for president in the first place may have been motivated by the political ascendance of Nabil Karoui, a wealthy media magnate who is both stridently anti-Islamist and populist. He has been compared both to Italy’s Silvio Berlusconi and to Donald Trump, who also entered politics via television. However, Karoui prefers to model himself on Brazil’s former president, Luiz Inacio “Lula” da Silva, a left-wing populist who made economic redistribution the centerpiece of his politics. Over the last two years, Karoui has courted the Tunisian public through a daily TV show he hosts on a TV channel he owns. Styling himself as a man of the people, he is seen handing out food, clothes and medicines to poor Tunisians through his charitable foundation, through which he claims to have helped up to half a million of his countrymen. In true populist fashion, Karoui has cast himself as a political outsider who will sweep aside what he calls the corrupt political elite. He plans to tour the country in a campaign bus and, like Trump, Karoui says he intends to run Tunisia like a business. This has paid off so far; polls in June and July show him with at least an eight percent lead a list of potential presidential candidates. He has also launched his own party, Qalb Tounes (Heart of Tunisia), which will contest parliamentary elections in October.Karoui’s meteoric rise has rattled Tunisia’s political establishment enough to want to thwart his candidature. The government, led by Prime Minister Youssef Chahed – himself a candidate for president – introduced amendments to Tunisia’s electoral laws seeking to bar candidates associated with charities. Those amendments were subsequently vetoed by former President Essebsi. Earlier this year, Tunisia’s media regulator tried to ban Karoui’s Tv channel for “manipulating public opinion.” Then, last month, Karoui and his brother were placed under official investigation for money laundering along. He can only hope that the outcome will not replicate the fate of his role model, Lula, who is currently serving 12 years for corruption.Karoui’s response to all this is that he couldn’t care less. He has dismissed the various investigations against him, even those initiated by independent institutions, as a witch-hunt conducted by Tunisia’s political elite, whom he regards with open disdain. He shows little respect for the law. While candidates are officially not allowed to campaign before September, Karoui has circumvented this rule by mingling in public with voters in two northern towns, under the guise of opening local offices for his party, prompting two warnings from Tunisia’s electoral watchdog.Having created Qalb Tounes as a vehicle for his political ambitions, Karoui could use his personal popularity to help the party win a parliamentary majority in October’s elections, thus avoiding the need to form coalitions with other parties. In what could be an indicator of his foreign policy, Karoui has likened his political foes to Turkey’s Erdogan, accusing Ennahda of using a “legal masquerade” to obstruct opponents.All the signs so far indicate that if elected, Karoui will be just like every other populist strongman in the world today; he will weaken institutions, wilfully ignore or obstruct the law and sow political discord to reap political dividends. While sturdier democracies like the US may be able to withstand this, Tunisia’s is not mature enough to survive that kind of rule. The country’s institutions are neither robust nor even fully formed while the economic situation is worse now than before the revolution. That alone is enough, in the eyes of many Tunisians, to discredit the idea of democracy as a solution to the country’s problems.Come September, the choice before Tunisians is a difficult one. Do they elect an Islamist who may rupture the country’s social fabric and embroil it in regional rivalries? Or do they choose a populist who might gradually erode democracy itself?  For the only success story of the Arab Spring, there is a very great deal at stake.

Dnyanesh Kamat is a political analyst on the Middle East and South Asia. He is also a consultant on socio-economic development for government and private-sector entities.