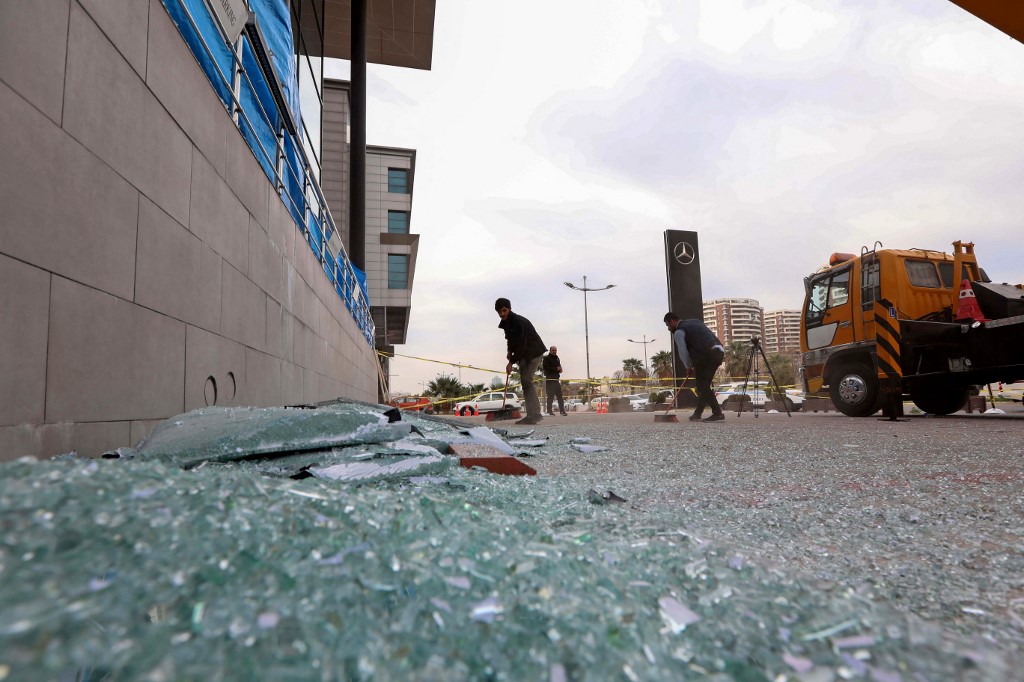 In only its sixth week in office, the Biden administration has already used military force in the Middle East. Seven bombs were dropped on a group of buildings in Syria associated with pro-Iran Shia militias, allegedly responsible for a recent attack on a US and coalition base outside Erbil, the capital of Iraqi Kurdistan. The attack has been characterized as carefully calibrated; the president, Joe Biden, chose one of the less aggressive options presented to him, with the goal of keeping the damage inflicted proportional to the attacks that triggered the action.

Over the past year, Shia militias have lobbed rockets against the large US embassy compound in Baghdad, inflicting damage to property but no significant casualties. The February Erbil attack, which wounded several and killed one non-American contractor, appeared to be a continuation of a pattern. In response, the US targeted a compound of multiple buildings used by several Shia militias to support their operations in Iraq. US defense officials explained that the operation was defensive in nature, to protect US and allied personnel and “our Iraqi partners.”

This formulation is an interesting departure from the approach of the Trump administration, which scolded and bullied the Iraqi government when such attacks occurred, threatening in 2020 to close the US embassy in Baghdad if the Iraqi security forces could not protect Americans present in the country. Biden is sending a very different signal, that the US presence in Iraq is for the shared mission of preventing terrorism from ISIS or other extremists, and building greater capacity and stability in Iraq.

The choice of a facility in Syria and the vague attribution concerning the Erbil attack could generate criticism in coming days. The compound the US bombed was very close to the border of Iraq, southwest of Erbil, but arguably could be seen as an offensive act against a state that did not cause the original harm.

The US may not feel obliged to follow diplomatic protocols related to the Syrian regime, but Russia, Syria’s main security partner, reacted badly to the attack, complaining that the US gave Moscow only an hour’s notice before sending fighter aircraft into the territory that Russia helps control. In addition, US officials have said that Iraq will investigate the Erbil attack to determine the perpetrators, yet the US believed it had sufficient intelligence to select the target and carry out the raid. The group that actually claimed responsibility, Awliya Al-Dam, or Guardians of the Blood, is one of several offshoots of the main Shia militia, Kataib Hezbollah.

Some early commentators have questioned whether this sequence of events could derail the nascent pas de deux between Biden and Iran over the Joint Comprehensive Plan of Action (JCPOA), better known as the Iran nuclear deal. They worry that any escalation of tensions between the US and Iranian proxies will undermine or at least slow down the diplomatic efforts to return to full compliance with the 2015 JCPOA. Both Washington and Tehran will need to take clear steps to restore the status of the agreement, but there is much jockeying about sequencing and reciprocity.

For the US, reversing Donald Trump’s 2018 decision to leave the agreement is complicated by the legalities of US sanctions policy, and by the conviction that it is Iran that has to demonstrate its continued commitment to the terms of the agreement. Iran, for its part, has been playing hard ball, declaring that it cannot reverse its recent enrichment activities that violate its JCPOA obligations until the US removes all sanctions. The Biden administration has taken one tentative step, by agreeing to participate in an EU-hosted meeting with all the JCPOA signatories. Iran has not yet signaled its intention to attend such a meeting.

One could argue that the specific issue of defending US and coalition bases and facilities in Iraq is quite separate from diplomacy over Iran’s nuclear activities. In addition, the explicit demonstration by the new president of his willingness to use force could send an important signal to Iran. During the Obama administration, some interpreted the failure of the US to follow through on its tough rhetoric on the Syrian civil war as evidence that achieving a diplomatic success with Iran was America’s paramount interest. Staying out of Syria was seen as avoiding a source of tension with Iran that could hurt the nuclear talks.

That perception is probably off the mark; Obama had made some strategic choices about Syria that were more complicated than just considering their impact on Iran. But the Biden team has now avoided such ambiguity. It will protect and defend its basic interests in the region, while working the nuclear negotiations on their own merits.

If Iran wanted to signal back to Washington, it could rein in the militias or take other steps to try to disavow these particular anti-American actions. By some accounts, Iran may not be in complete control of the Shia militias. While the groups have surely benefitted from Iranian political, military and financial support, they operate in an Iraqi context. Past Iraqi political leaders have used and misused these militias in power struggles that were not necessarily part of a masterplan from Tehran.

At times, the US and Iran have found common ground in support of Iraq. They worked in parallel to defeat ISIS’s occupation of Mosul and other territories in northern Iraq. They have sometimes indirectly found ways to signal their preferences for the same candidates in past protracted negotiations over government formation after elections in Iraq. Both parties can be pragmatic when it comes to Iraq.

But when it comes to US-Iran relations, put your money on the more pessimistic interpretation. Iran is already prickly about Biden’s overtures, and faces presidential elections in June. The brutal experience with Trump and the volatile cycles in US presidential politics have made Iran more cynical about engaging Washington. And the January 2020 US assassination of Qasem Soleimani on Iraqi soil may not have been avenged, in Iran’s view. The activities of the Iraqi Shia militias may retain considerable value to Iran in this ongoing asymmetric struggle.