Broken and Broke, Lebanon Has a Choice: A State of Peace or of Perpetual War? 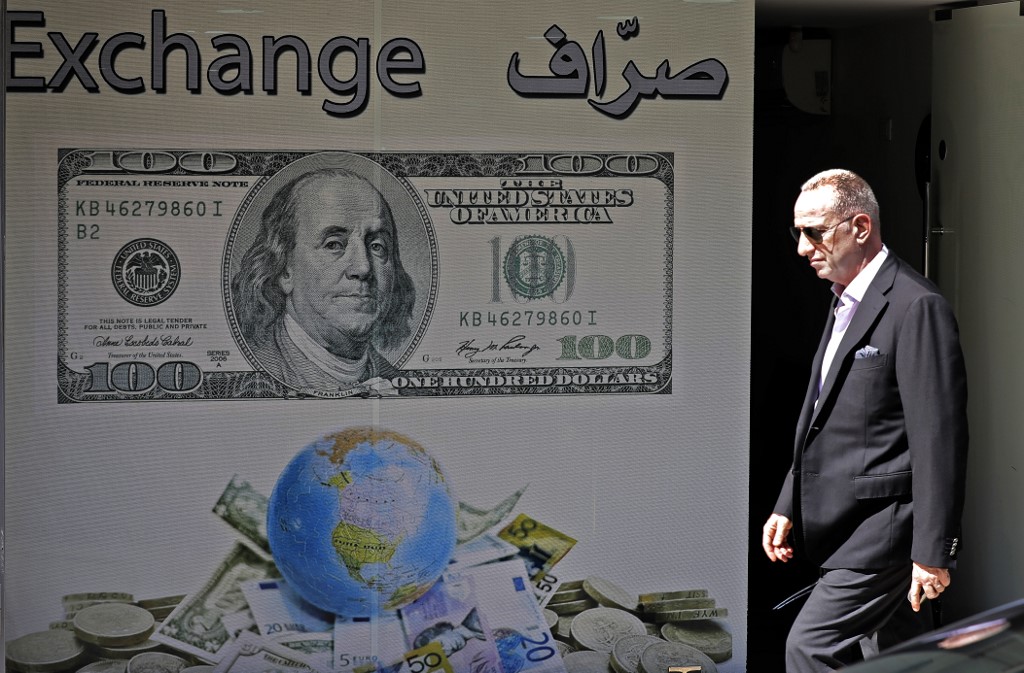 Once the only free economy in the Arab Middle East, Lebanon has now joined the league of failed economies. It has two exchange rates for its currency: one fixed and official, the other floating and on the black-market, which started to peel away from the official rate weeks ago. After nearly three decades of pegging the lira to the US dollar, Lebanon has run out of foreign exchange and exhausted its credit line. Consequently, the government has promised the international community it will institute fiscal reforms and austerity in the hopes of receiving aid to shore up the lira. But even if it were to succeed here (and the odds are long, indeed), the reforms will fall short, way short. This is because Lebanon’s problem is not fiscal, it is structural. Its economic mismanagement is rooted in the political mismanagement of its geopolitics.

When the late Rafik Hariri first became prime minister in 1993, he had a vision. Given Lebanon’s relatively small territory and population and its lack of natural resources, he understood that Lebanon could not run an economy of scale. It could not possibly compete, regionally and internationally, in industry or agriculture.

Hariri also understood that Lebanon’s only advantage was its human resources. Host to top-notch missionary schools and colleges, over the past century Lebanon has been producing and exporting, some of the finest skilled labor in the world. For the country’s economy to grow, after 15 years of civil war that had ended in 1990, Lebanon’s best bet was to emulate the economic model of the Asian Tigers – Hong Kong, Singapore, Taiwan and South Korea. To this end, Hariri had a plan.

But Hariri was killed in 2005, and his vision and plan were buried with him. In turn, “resistance” politics came to overrule economic sense and Lebanon started drifting away from the international capitalist system. Instead, it cozied itself into the shady world of illicit trade that Hezbollah, Iran and their allies conduct over a swath of land that spans the globe, from South America and Africa to Afghanistan.

Meanwhile, Lebanon’s unpredictable wars also hindered any attempt at prudent economic planning. Since 2006, Hezbollah has dragged Lebanon into a war with Israel, followed by two or three near-war incidents, a war at a Palestinian refugee camp in north Lebanon in 2007, a mini civil war in 2008 and various shootouts instigated by militants that could have escalated into larger confrontations.

On more peaceful days, Hezbollah’s leader, Hassan Nasrallah, likes to parrot Iranian leaders. A favorite theme is that should Iran ever come under attack by the West, there would be an “all-out war” that Hezbollah would join, dragging all of Lebanon along. Such statements have kept foreign investors and tourists away.

And when they are not fighting or threatening war, Lebanese leaders enjoy verbally assaulting their neighbors near and far. Nasrallah routinely attacks the Gulf states. President Michel Aoun is still smarting still over Turkey’s “Ottoman occupation” of Lebanon (this was a century ago, by the way). Meanwhile, Lebanese leaders, politicians and pundits, almost to a man, consider themselves to be at war with Israel and routinely agitate against America. Lebanon would appear to have an extraordinarily long list of enemies.

The country’s animosity against almost everyone has left Lebanon with almost no friends and therefore with very few trade partners, except for the financially broke Iran and burned-out Syria. In the absence of trade partnerships and with foreign investors and tourists wary of spending money or time in a country that lives in a state of perpetual war, the question is this: where does the Lebanese government think foreign exchange or economic growth, will come from?

The leader of Lebanon’s Druze, the witty Walid Jumblatt, in 2005 quipped that Lebanon must choose: it could be either Hanoi, which fought a bloody war with America, or it could be Hong Kong, the small city state with a booming economy. The irony is that Hanoi has now mended ties with the US, has even hosted former US President Barack Obama and has become one of Washington’s trade partners and an emerging economic threat to America’s rival, China.

Even as Hezbollah blames Lebanon’s economic ills on corrupt politicians and their mismanagement of national resources (there is a measure of truth here), and as Lebanese politicians blame the current economic crisis on a “conspiracy concocted in dark rooms” (not so much truth), the real blame falls on Lebanon’s dysfunctional politics. Lebanon can disband the Hezbollah militia, engage peacefully with its neighbors, including and particularly Israel, and endorse a policy of regional neutrality. If it does this much, it would place itself in a position to become a regional hub for services, such as education, healthcare and banking, which would make use of all its trained and skilled human resources.

Otherwise, the country should prepare for worse days to come.

It is unfortunate that Lebanon has chosen, or has been forced to choose, to become the Hanoi of the 1970s, and to fight wars in perpetuity. Without peace and stability, there is little that fiscal initiatives and administrative reforms can do. Until Lebanon changes course, its economy will be doomed, just like that of its fellow “resistance” allies in Iran and Syria.