Could the Coronavirus Quarantine Produce a New Shakespeare? 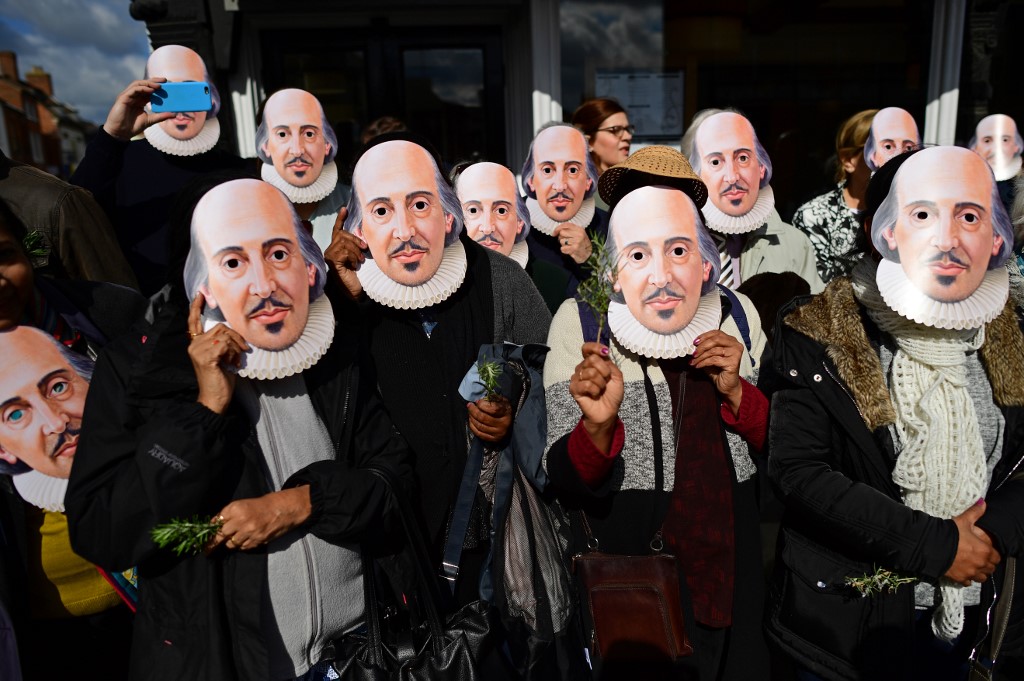 “If plague is in a land, do not approach it; but if it occurs in a land while you are there, do not leave to escape it.” That quote is a saying attributed to the Prophet Mohammed. Whether it is accurate or not, it nevertheless shows that the concept of self-quarantine is nothing new.

In the past, people suffering diseases were often cast out to islands or other hard-to-reach areas, forcibly isolated from the rest of society. Some older people even remember when Dubai’s bustling Umm Suqeim district used to be the place where the very ill were sent. “If you had something the traditional doctor couldn’t cure, you would end up in Umm Suqeim,” an Emirati sailor in his 70s told me. The very name is an indicator, as “suqeim” refers to someone suffering from an unspecified ailment.

Nevertheless, out of isolations in the past, in the face of great distress, some good has actually come out. We must hope that something positive can also emerge from the tragedy that is the coronavirus pandemic.

One of the interesting and more positive aspects of the restrictions imposed on us by the virus is the return to self-reflection. People have the time and opportunity to do the things they were “too busy” to do until now. Enforced self-isolation can be a release for great creativity. In the early 17th century, an outbreak of bubonic plague caused London theaters to close. This allowed Shakespeare, the greatest writer in the English language, to focus on writing, leading him to produce some of his best-known works – “King Lear,” “Macbeth” and “Antony and Cleopatra.” It is believed that Shakespeare wrote “Hamlet” after his only son, Hamnet, died of the plague at the age of 11.

In the 14th century, one of the Arab world’s greatest writers, Ibn Khaldun, was heavily influenced by the devastating impact of the Black Death, which, by the time he was 17, had claimed the lives of his parents and several of his teachers.

“It swallowed up many of the good things of civilization and wiped them out,” he wrote. “It was as if the voice of existence in the world had called out for oblivion and restriction, and the world responded to its call.”

Could there be a more searing description of the utter devastation that was unleashed on to the world?

In 1348, the Syrian historian Ibn Al Wardi, wrote an evocative account of how the plague swept through China, India, Persia, the Crimea, Gaza, Beirut, and “destroyed mankind in Cairo” before reaching Damascus.

“There the plague sat like a lion on a throne and swayed with power, killing daily one thousand or more and destroying the population,” he wrote. “O, if you could see the nobles of Aleppo studying their books of medicine. They follow its remedies by eating dried and sour foods… Each man treated their health to make life more comfortable. They perfumed their homes with camphor, flowers and sandal. They wore ruby rings and put onions, vinegar and sardines together with the daily meal. We ask God’s forgiveness for our bad souls; the plague is surely part of His punishment. Some said: the air’s corruption kills. I said: the love of corruption kills.”

Ibn Al Wardi succumbed to the Black Death himself in 1349.

Yet, we must recall that Mary Shelley started writing “Frankenstein” in 1816 when bad weather trapped her indoors for days. Could enforced isolation produce another great writer? Amazon is awash with self-published books and publishers and literary agents say they are already inundated with manuscripts since the lockdown came into force. Perhaps there is another masterpiece among them. Perhaps someone is in the middle of composing a great work of literature right now.

People who don’t usually read are acquiring the habit. Others who had neither the time nor the inclination for hobbies are trying their hand at crafts. The crisis has obliged us, rather abruptly, to press pause on our usual lives. So, there is some more good coming out. But will this lead to an enduring shift in mindsets? People may well welcome this opportunity to reconnect with family and reassess what’s truly important, but will it last?

“Clap for the Carers” movements are springing up, bringing people out into their gardens or on to their balconies at set times to applaud en masse the dedicated health workers who are in the frontline of our defense. Young people are offering to help their elderly neighbors with grocery shopping. Friends and relatives are finally picking up the phone and making that call they’ve been meaning to make for ages. Nature is beginning to recover from the damage humans have inflicted. In the midst of tragedy there are glimmers of love and hope. Sometimes it takes only a small gesture to bring about a big change.

The picture is not all rosy, of course. There are those who are still in denial, who ignore the social distancing rule, who will not stay two meters away, who will not self-isolate or get tested when they should, who will not act responsibly.

But perhaps Covid-19 will be the lesson we all needed to teach us to be kinder and more thoughtful. And it may even find a new Shakespeare among us.