The Covid Pandemic Left Davos Bereft of Its Annual Conventioneers. Does It Matter? 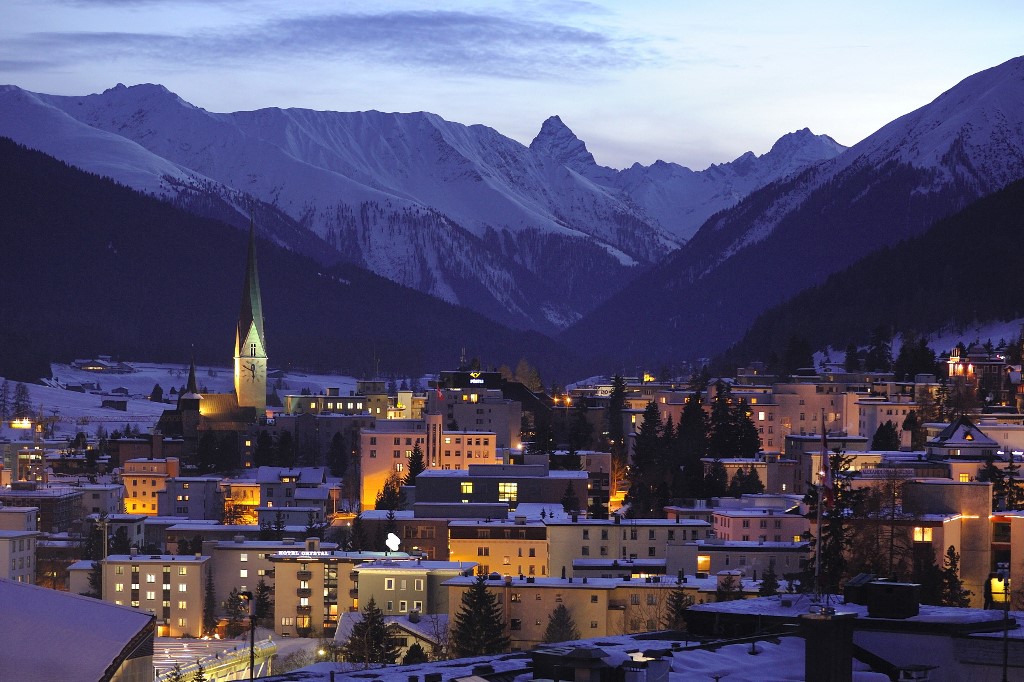 The Covid-driven decision by the World Economic Forum to abandon its annual meeting in Davos in January has had serious economic consequences – for the owners and staff of the Swiss ski resort’s restaurants, hotels and bars, at least. As for the rest of the world – well, we’ll probably get by okay.

According to one economic assessment, hosting the WEF earned the local economy $66 million in 2017 alone. This year, Swiss belts will have to be tightened.

On the upside, the Alpine air should at least be a little cleaner for a while. In January 2019, even as the great and the good gathered to lecture us all about climate change, it didn’t seem to strike anyone as ironic that many of them had arrived in a record number of private jets that flew in for the annual jamboree.

The disappearance of Davos from the world’s headlines this year presents an opportunity to sidestep the usual avalanche of buzzwords, pledges, initiatives and recommendations and pose a simple question: Does the World Economic Forum do any good? Or is it simply virtue-signaling central, a well-upholstered Mount Olympus from which the world’s billionaires can proclaim their determination to tackle the evils of human trafficking/global warming/health inequities/poverty/gender equality/etc while quietly ensuring that, back in the real world, everything is business as usual?

I don’t know Klaus Schwab, the German engineer who founded the WEF back in 1971, so I can only assume he is genuinely interested in changing the world for the better. That’s certainly the impression given by his books. In “The Fourth Industrial Revolution” in 2017, he argued that only through “public-private collaboration and partnerships” could the social disruption threatened by artificial intelligence, robotics, nanotechnology, autonomous vehicles, quantum computing and the like be harnessed as “an opportunity for all.”

Four years on, all that the great revolution has achieved is the culling of the human workforce in favor of machines and the further enrichment of a handful of already wealthy individuals such as Jeff Bezos (who earlier this month quit as CEO of Amazon in order to spend more time with his money).

“Covid-19: The Great Reset,” published by Schwab as the global pandemic raged in July 2020, argued that “the possibilities for change and the resulting new order are now unlimited and only bound by our imagination.” Yet all the signs are that the reset button is broken. Once it has shaken off the short-term necessities of lockdowns, homeworking, furloughing and mortgage holidays, the world economy will be back in gear with a vengeance.

Forbes, the in-flight magazine for the private-jet set, thinks it’s all pie in the sky. Stakeholder capitalism, it has proclaimed, “will fail.” The attraction of stakeholder capitalism as a public stance was that it “doesn’t commit big business to do anything in particular” and companies would “go on privately shoveling money to their shareholders and executives, while maintaining a public front of exquisite social sensitivity and exemplary altruism.”

And therein lies the secret of the pointlessness of the World Economic Forum. The great and the good love to turn up to rub shoulders with handpicked celebrities and listen to selected tokenistic speakers so they can show how much they care about the various plights of women, youth, the poor, the planet and so on. Afterwards, they will make pledges, commit to join other high-powered “thought leaders” on this or that taskforce or committee, and agree to meet same place next year.

Out in the real world, meanwhile, despite all the hot air billowing up out of the Alps nothing changes. Oxfam’s latest annual report on inequality, timed each year to coincide with the Davos glitterfest, concluded last month that after the coronavirus first hit the global economy back in February 2020, it took just nine months for the fortunes of the world’s top 1,000 billionaires to bounce back. The world’s poorest, meanwhile, are looking at a 10-year slog just to get back to the not exactly terrific position they were in on the eve of the pandemic. Covid-19 hasn’t created inequalities, but merely emphasized them.

Rightly, Oxfam never tires of reminding us that this is a world in which 2,000 people possess more wealth than they could spend in a thousand lifetimes, while nearly half of humanity scrape by on less than $5.50 a day.

The UN’s World Social Report 2020 paints an equally bleak picture, noting that since 1990 “income inequality has increased in most developed countries and in some middle-income countries” and that across the world “income and wealth are increasingly concentrated at the top.”

Schwab is aghast. “We can’t,” he writes, “continue with an economic system driven by selfish values, such as short-term profit maximization, the avoidance of tax and regulation, or the externalizing of environmental harm.

“Instead, we need a society, economy and international community that is designed to care for all people and the entire planet.”

We do. But we will never get it. The “Great Reset” and “Stakeholder Capitalism” are fantasies. Capitalism functions the way it does by design, and none of those who profit from it are about to derail the gravy train for the benefit of those who don’t.

The WEF’s motto is that it is “Committed to Improving the State of the World.” The only possible conclusion in this, the organization’s 50th year, is that it has failed to do so.