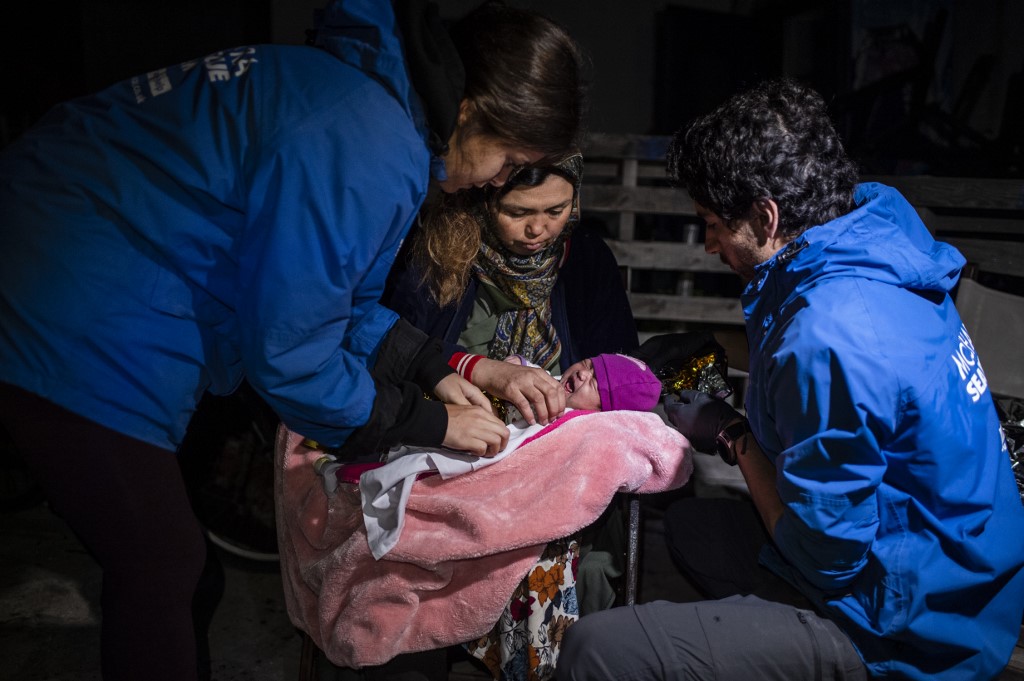 Last month, 29-year-old Iraqi Kurd Mevan Babakar set out to track down a man whose small act of kindness when she was a five-year-old refugee helped to change her life. Mevan and her parents fled Iraq in the wake of the first Gulf War. They traveled overland through Turkey, Azerbaijan and Russia and in 1994 ended up in a refugee camp near Zwolle, a small town about 80 kilometers east of Amsterdam.

It was there that Mevan encountered a Dutch man who was working odd jobs in the camp. She never knew his name. But at a time when Mevan and her parents had nothing, he invited them to share Christmas with his own family and gave her a gift that at the time was everything to a confused little girl so far from home – a “beautiful, red, shiny bike.”

Last month, armed only with a faded photograph of her nameless but never forgotten benefactor, Mevan turned to Twitter for help tracking him down. “This man,” she wrote, “out of the kindness of his own heart bought me a bike. My five-year-old heart exploded with joy.” Twenty-four hours and thousands of retweets later, she found Egbert. He was now living in Germany, and Mevan flew across from London to meet and thank him. Other refugees who had been at the camp also got in touch with stories of how Egbert and his wife had helped them, too.

“The kindness that Egbert and his family showed me will stay with me for a lifetime and it continues to shape me,” said Mevan, who now works in IT in London, having been taught to use a computer by another volunteer at the refugee camp. “Small actions can have big consequences.”

In most Western coverage of the refugee crisis, those seeking sanctuary are all too often faceless “others.” The predominant attitude, conveyed by who-can-shout-loudest populist politicians and their ill-informed followers, is that all refugees are a threat to the host country’s way of life and values. But the reality, encapsulated in Mevan’s story, is that given half a chance, most people will see those who are fleeing persecution or seeking a better life for themselves and their children for exactly what they are: human beings, just like them.

Examples of kindness occur in such circumstances whenever two human beings meet face to face. Last week listeners to BBC radio’s flagship daily morning news program heard the story of Matt Coker, a mariner who makes his living taking customers out into the English Channel on fishing trips. In the past few years of working in and around one of the world’s busiest shipping lanes, he has hauled more than just fish aboard his boat. Not infrequently, Coker spots migrants desperately trying to make the perilous crossing from France to Britain, usually in wholly unsuitable vessels, and without fail he always comes to their aid.

He seemed stunned when the interviewer asked him why he did this. His answer, which was apparently beyond the understanding of the journalist sitting safe in his warm London studio, echoed centuries of seafaring tradition.

“No, it’s not our job,” he said slowly, almost incredulously. “But you would never leave anybody in distress on the sea.” It was not the most powerful metaphor for how every one of us should regard and treat our fellow human beings. But Coker’s sympathy for the poor wretches he encounters in peril on the sea seeped out of the radio.

At heart, human nature is fundamentally good. What’s corrupting it in the modern world is cynical politics, aided and abetted by the insidious lies and propaganda so easily transmitted through social media and its bias-filled pits. The rise of Donald Trump and the UK’s Brexit agitators were both facilitated by anti-immigrant sentiment, which has also seen nationalist parties take an increasingly larger share of the votes in countries including Sweden, Germany, Austria, Italy, Switzerland and even the Netherlands.

It’s a reasonable assumption that a good number of the voters who are putting their faith in right-wing, wall-building nationalists and choosing to blame a faceless foreigner for all their troubles, have never encountered the objects of their manufactured hate and distrust. Stories like Mevan Babakar’s are, therefore, both heartwarming and vital and although they are generally hidden away in the muddy depths of the news churn, they do occasionally surface.

In Catania, a town on Sicily, which Matteo Salvini, the leader of Italy’s anti-migrant party, the League, described as “the refugee camp of Europe,” a theater director named Emanuela Pistone opened a small library in 2014 dedicated to helping local people understand more about the culture and the problems of the African refugees in their midst. In America, groups and individual activists appalled by the Trump administration’s policy of separating immigrant parents and children have rallied to protest and reach out and open their homes to families in distress.

In the UK, indignant right-wing newspapers and politicians this month reported the “scandal” that the nation’s voluntary lifeboat service, the Royal National Lifeboat Institution, which is supported entirely by donations from the public, was wasting money by funding swim-training programs for children overseas. “RNLI funding burkinis for Africans,” read one particularly loaded headline.

The organization issued a statement explaining that it spent just 2 percent of its budget trying to prevent some of the estimated 320,000 drownings that happen each year and that it was fiercely proud of this work. The public responded with a flood of donations.

People, it seems, are only people and when they come face to face with the reality of the demonized, they see not the threatening monster conjured up by cynical, self-serving politicians, but simply another human being.