Divisions Over Libya Are Now Spreading Across the Mediterranean 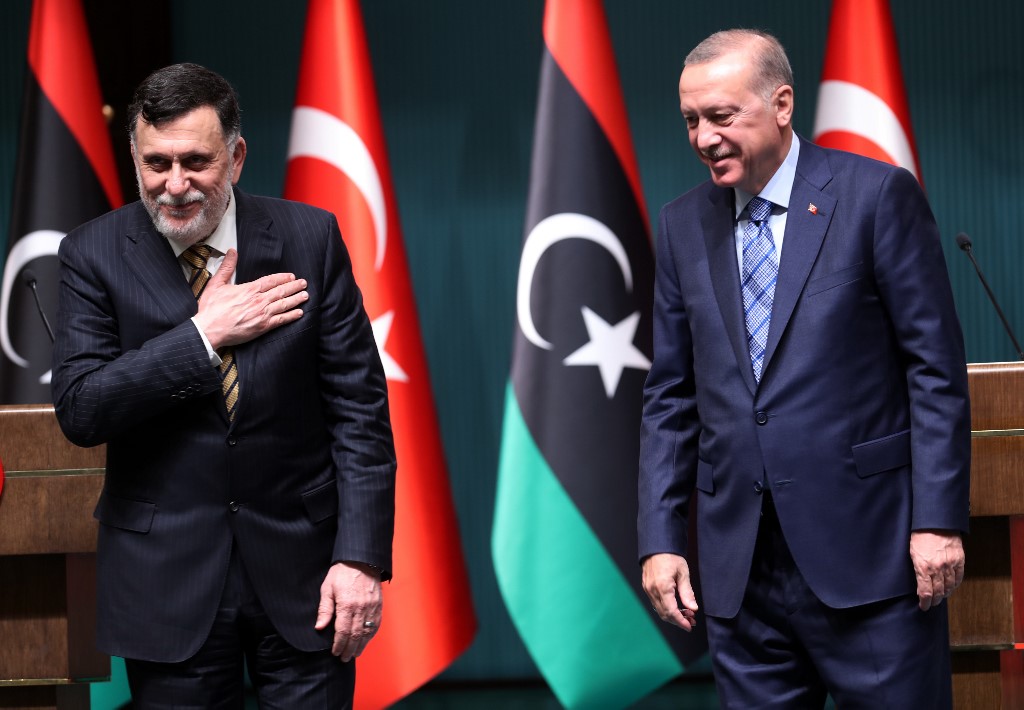 In capital cities across the Middle East and Europe, politicians are taking aim at Turkey’s involvement in Libya – and yet all have so far avoided speaking its name. On July 20, in an extraordinary decision, the Egyptian parliament voted unanimously to authorize sending troops abroad, without either mentioning Libya or Turkey.

Two days earlier, the leaders of Germany, France and Italy issued a rare joint statement, for the first time threatening sanctions against countries that violate a United Nations arms embargo on Libya. Once again, no country was mentioned – but all knew who they meant.

Divisions over Libya are now spreading across the Mediterranean. Even more than the war in Syria, a proxy battle is drawing in capitals throughout the Middle East and Europe.

But what is really going on is a determined search for influence, among European countries and among Middle East countries, a jockeying for position over who gets to dictate the terms of any future Libyan peace settlement – and by extension, which stable alliance of countries can be relied upon in the future to make the political weather. From Berlin to Cairo, fights over Libya’s future are really fights over their own place in the world.

If the focus at the moment is on Turkey, that is because it is Turkey that has made risky political decisions – decisions that, if not challenged, threaten to tip the status quo in the region in Turkey’s favor. No one, from Berlin to Cairo, wants to see that.

The incident that sparked the latest censure from European capitals happened in mid-June. The Courbet, a French warship off the coast of Libya, tried to investigate a Turkish cargo ship, the Cirkin, which had failed to identify itself as it approached the coast. France claims it was concerned about possible arms smuggling.

What happened next is disputed, but the French side claims at least three Turkish warships in the area “flashed” their radars at the French ship, an aggressive act suggesting the warship was about to be targeted by missiles. The French side backed down.

Relations between Paris and Ankara have long been strained over Libya, but this incident appears to have pushed the French president, Emmanuel Macron, to seek support from other European leaders. Ostensibly, the joint statement from Paris, Berlin and Rome was about NATO’s mission to Libya. But given Turkey’s role in the Syrian migrant crisis, Ankara’s combative relations with Berlin, its worryingly close relations with Moscow, and a long-standing block on NATO defense plans for the Baltic states that Erdogan only lifted at the very end of June, it is clear how frayed individual relationships with Turkey are.

At the same time, something else is going on beneath the waters of the Mediterranean.

In the last decade, huge gas fields have been discovered beneath the waters of the Eastern Mediterranean. How to exploit these fields is causing knock-on political impacts on every country in the area. Egypt’s Zohr field, only discovered in 2015, is particularly important; the largest gas field ever found in the Mediterranean, the project to develop it brings together energy companies from Italy, the UAE and Russia – with all the attendant political considerations that that entails.

In November last year, Turkey and the Libyan Government of National Accord – the UN-backed body based in Tripoli – signed an agreement on maritime borders, an agreement that could affect a proposed gas pipeline from the Eastern Mediterranean to Europe. In response, just last week, Greece’s ambassador to Cairo signaled that the two countries were close to finalizing their own rival maritime agreement.

This disagreement, though couched in the abstruse terms of maritime law, is enormously potent, and touches every country in that region. Once again, Turkey has attempted to steal a march on its rivals with a surprising move.

Turkey is making big bets in Libya and hoping that the international community – as it was over Syria – is so distracted with domestic issues and divided that it cannot coherently oppose these policies. Even before the vote in Egypt raised the frightening possibility of a clash between two of the region’s largest armies, it was clear that what is happening in Libya will have an effect far beyond its borders.

With political alliances, disputed borders and energy riches all at stake, in the midst of an enormously complicated civil war, with all the potential for miscalculation an active war brings, Libya is turning into that most dangerous of things for European and Middle East capitals: a great game across the Mediterranean, one that dare not yet speak its name.