Erdogan Conquers Trump: The Postmortem of a Visit 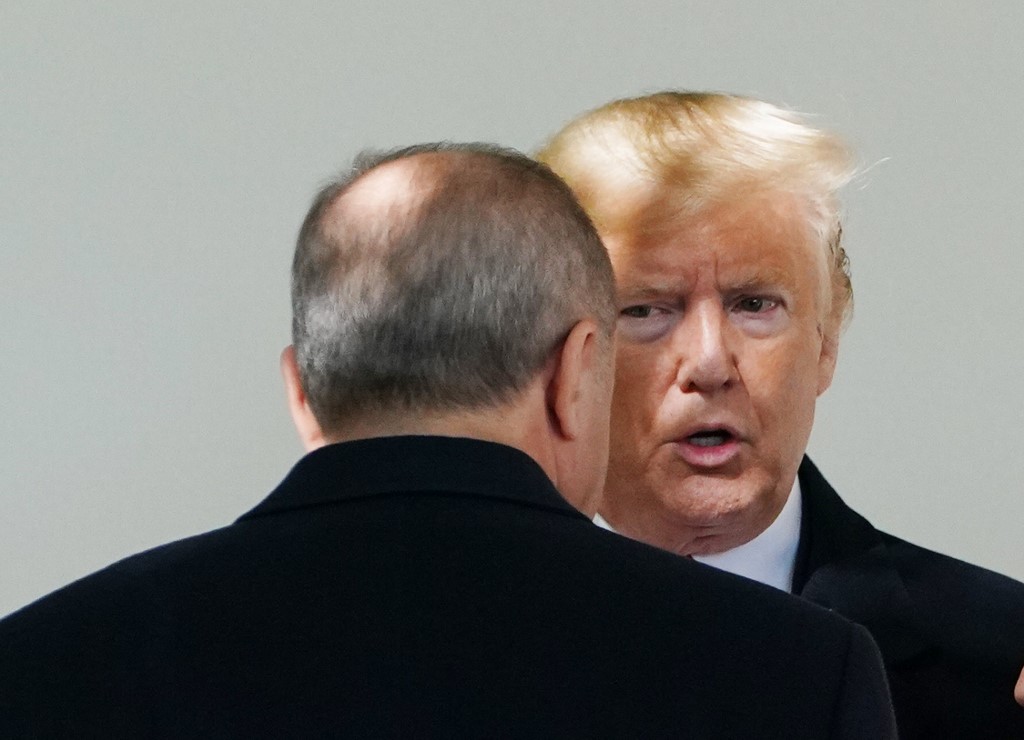 Coming after Turkey’s invasion of Northern Syria, many among both Turks and Americans wondered why President Recep Tayyip Erdogan had bothered to make the trip to Washington at a time when the mood was so decidedly anti-Turkish. What could he achieve?

The timing was also inauspicious as it coincided with the beginning of the public phase of President Trump’s impeachment hearing in the House of Representatives. But make no mistake about it, Erdogan was able to go home satisfied, if not quietly triumphant. The reasons became clear in the days following his return to Turkey: despite having few, if any, friends left in Washington, Turkey’s strongman had managed, with great subtlety and the help of his friend, Donald Trump, to accomplish much of what he wanted.

The Syrian Kurds had been America’s allies in a brutal war against ISIS and had sacrificed some 11,000 men and women to that cause. Yet Trump abandoned them over a phone call without having consulted a single advisor in his own government and gave Erdogan the green light to invade Syria and attack them, resulting in not only the collapse of the war against ISIS but also in the death of many innocent civilians and the displacement of more than 200,000 Kurds and others. Congress and the rest of Washington was shocked by the brutality of the onslaught and the use by Ankara of jihadists who engaged in wanton looting and killings.

In a rare act of defiance of their president, many Republican members of Congress not only criticized Trump’s decision but voted overwhelmingly by 403 to16 to impose sanctions on Turkey. Two similar bills also went before the Senate, with the realistic expectation that at least one of them would pass with a veto-proof majority.

The Syrian crisis was just the latest in a long list of grievances. Earlier this year, Turkey, a member of NATO, purchased the S-400 advanced anti-aircraft missile system from Russia despite strenuous objections from the US. There were fears that the S-400 would compromise the new state-of-the-art stealth F-35 fighter aircraft program – NATO’s mainstay for decades to come – by allowing Russians to glean valuable intelligence. Erdogan brushed those fears away.

The S-400 crisis was preceded by the Turkish state-owned Halk Bank being convicted for laundering money and helping Iran evade sanctions. Like Congress over the S-400, the US Treasury Department wanted to impose sanctions on Turkey, but Trump has essentially put a stop to both.

So what did Erdogan want from his visit and what did he get?

Firstly, Erdogan got Trump to publicly legitimize his invasion of Syria. Not only did the American president not criticize the gross human rights violations and the humanitarian tragedy caused by the Turks in Syria, he embraced the Turkish propaganda about Kurds, including bizarre claims that “Kurds in Turkey were happy and enjoyed health care.”

More importantly, Erdogan managed to deflect the two Senate sanctions votes. Trump invited a select group of Republican Senators to meet with Erdogan in the Oval Office. Among them was the chair of the Senate Foreign Relations Committee, Jim Risch, co-author of the sanctions bill waiting to be brought to the floor of the Senate. A few days after the visit, Risch announced that this was not a good time to sanction Turkey, effectively killing the bill.

The House of Representatives had also voted by another crushing 405-11 majority to formally recognize the slaughter of Armenians in the Ottoman Empire as genocide, something which both Democrats and Republicans had assiduously avoided in the past so as not to offend the Turks. Senator Lindsey Graham, author of another sanctions bill against Turkey, who was also invited to meet Erdogan, suddenly announced he would block the Armenian resolution from coming to a vote.

On the S-400s, it is clear that Turkey is playing a waiting game. Upon returning to Ankara, Ibrahim Kalin, Erdogan’s senior foreign policy advisor, stated that Turkey would not give up the S-400 but he was confident it could co-exist with the F-35s with both operating independently on Turkish soil. No American defense professional could ever consent to that.

Erdogan also got Trump to publicly endorse Turkey’s position on Syrian refugees and the rendition of returning captured ISIS fighters back to Europe, thus placing the US president at odds with America’s allies in Europe. Trump even began their joint press conference by thanking Erdogan for releasing Serkan Gölge, a Turkish-American NASA employee who had been detained on farcical charges. Leaving aside the fact that he should never have been jailed in the first place, Gölge was in fact released at the end of May but has not been allowed to leave Turkey. In effect, Trump indirectly endorsed Turkey’s policy of detaining real and imagined opponents of the regime at will. The Turkish delegation could not believe their luck at the Americans apparently caving on so much more than expected.

Is there anything Erdogan did not get from Trump?

The Turkish negotiating tactic is to load up the demands as much as possible so as to maximize returns. The demand to deport Fethullah Gülen, the cleric Erdogan accuses of organizing the failed July 2016 coup against him was added to the list. Gülen is still in Pennsylvania, but Erdogan knows full well that any extradition request is a matter for the courts and not the US president. It is also clear that he did not get Trump to completely sever ties with Syrian Kurds or have the Americans deliver Mazlum Kobani, the military leader of the Syrian Kurds, to Ankara.

Neither is reason for Erdogan to worry unduly. There will be other phone calls and visits.