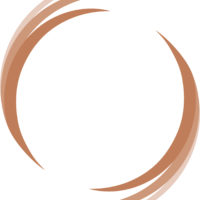 After four months of confinement indoors, the residents of Istanbul long for nothing more than a stroll through a park in the fresh air. Unfortunately, thanks largely to the government’s policies – or lack of them – on the environment and on climate change, Istanbul has few green places where people can go to escape the city’s prodigious levels of pollution. And thanks to President Recep Tayyip Erdogan and his need to show off, they are getting fewer.

With a population of more than 15 million, Istanbul is classed as a megacity, spread over more than 5,000 square kilometers. But parks, gardens or any type of green space account for a mere two percent of them. According to the Turkish Forestry Association, as of 2017, Istanbul has only one square meter of green space per person, which is 14 square meters less than the minimum per capita required by Turkish law and five square meters less than what the municipality says it is providing.

Seven years ago, the destruction of a precious green space sparked what became a nationwide protest. In the summer of 2013, 500 people set up camp in Gezi Park in Istanbul to protest against the demolition of a much-loved area of the city. Taksim Square, where the park is located, is generally regarded as the heart of Istanbul. The police tried to break up the protest by letting off tear gas and setting fire to demonstrators’ tents, but their actions brought more than 3.5 million Istanbulites out to Gezi Park to join the protesters. Erdogan characterized them as “looters trying to start a civil war over a few trees.”

Gezi Park was saved but many other parks and green spaces have been lost. Since that summer of civil unrest, in Istanbul alone 381,000 trees were cut down to clear the way for the third bridge across the Bosphorus and more than 2.5 million trees were removed for construction of the third airport. The biggest showpiece project yet for Erdogan and his AKP party is the building of a 45-kilometer canal through Istanbul to link the Black Sea with the Sea of Marmara. If it goes ahead, it will mean destroying 458 hectares of forest.

These three “megaprojects” are all located in northern Istanbul, which is considered the lungs of the city. It is deemed to be so ecologically important that urban expansion has not been permitted there since 2009. Erdogan, however, has brushed aside all those considerations, insisting that the huge construction projects go ahead.

Yet somehow the president also insists that Turkey is at the forefront of environmental consciousness. In a speech at the UN Climate Action Summit in 2019, he claimed Turkey was one of the few countries actually increasing its forested areas, with more than 4.5 billion trees planted during his presidency. Both claims are false. Deforestation is happening at a rate that the Turkish union of agriculture and forestry workers describes as “a massacre.”

Under the slogan “Breath for the Future,” the government launched a campaign last November to plant 11 million trees across the country in three hours. The president planted the first one. The city of Çorum in central Anatolia broke a world record by planting 303,150 saplings in one hour, and Erdogan declared that the exercise would be repeated every year until 2023; November 11 would henceforth be known as National Forestry Day.

However, when officials from the forestry trade union inspected the new trees three months later, they found that 90 percent of them had died. The union’s chairman, Hüseyin Çetin, who has worked in forestry for 33 years, explained that he had tried to warn the government that November, with its sub-zero temperatures and dry soil conditions, was the wrong time to plant saplings. But his advice was ignored.

Meanwhile, Turkey is the only G20 country not to have signed the Paris Agreement on climate change, even though 24 Turkish cities, including the capital, Ankara, Izmir, Bursa and several districts of Istanbul support it. Turkey is one of only two members of the United Nations not to sign it; the other is Iran. (The US signed it but withdrew last year.)

Instead, Erdogan prefers to use the Agreement as a bargaining chip. In 2017 he told world leaders he would not sign “as long as the promises made to us are not delivered.” Those supposed promises include Turkey being recognized as a developing and not an industrialized economy, making it eligible to receive funds from a global climate fund rather than paying into it. The president apparently saw no irony is uttering his threat at the G20 summit in Hamburg – a meeting of the world’s 20 biggest economies, of which Turkey is one.

Earlier this month, Erdogan announced that Istanbul’s magnificent Hagia Sophia museum would be converted back into a mosque, joining 3,400 other mosques in Istanbul. In Greek, the word “sophia” means “wisdom.” The worshippers in Hagia Sophia might consider praying for their country’s government to have the wisdom to preserve the few remaining green spaces in Istanbul before the city chokes.

Begüm Toprak is a nom de plume of a Turkish journalist living in Istanbul. In the two years to the end of 2019, 74 journalists were arrested in Turkey, according to the independent international group, the Committee to Protect Journalists.