France Finds Being a World Power Takes More than Words 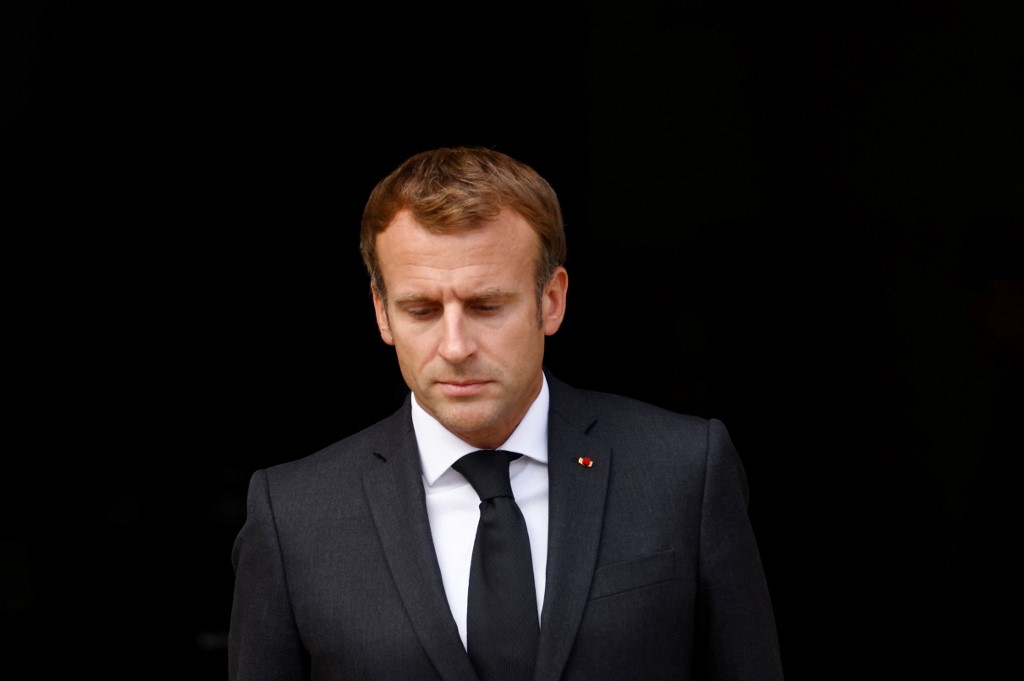 The country’s leader is angry at how his allies have treated him. “We feel abandoned,” he fulminated in French to the UN General Assembly on September 25, furious that decisions were taken without consultation. But the French-speaking leader berating his allies wasn’t Emmanuel Macron angry at a new defense deal between Australia, Britain and the US. It was Mali’s interim prime minister berating France for withdrawing from the Sahel. France’s president wasn’t even in New York to hear the admonishment from Choguel Kokalla Maiga; he had stayed in Paris – no doubt in a fit of pique – and sent his foreign minister to address the world body.

Six months away from an election and Macron isn’t faring well on the world stage. Most certainly, Macron talks the talk, but France increasingly appears to be a global power in name only, unable to offer the real, hard power that many of its allies want.

AUKUS, a new military alliance that ended a multi-billion dollar deal for Australia to buy French submarines, was a bitter blow for one of the world’s leading arms exporters, demonstrating not merely a preference for American weaponry, but highlighting starkly that even France’s closest allies were willing to keep its leaders in the dark for many months.

Now Mali, in addition to berating France from the UN’s podium, is turning – again publicly – to Russian mercenaries from the Wagner Group, determined to find soldiers to fill its security gap. Even France’s former colonies want more than warm words.

Perhaps nothing demonstrates the gap between Macron’s ambition and reality than his attempts to fix Lebanon. When Macron met Lebanon’s new prime minister on September 24, he struck a markedly less remonstrating tone than he did last year after his walkabout in the aftermath of the Beirut Port explosion. A year of haranguing Lebanese leaders didn’t speed up the formation of a new government; a year of urging “urgent” reforms didn’t make them happen.

It is almost comical to recall his words more than a year ago when he stood in Beirut and thundered, “What I have asked for…is that the formation of this government will not take more than a fortnight.” More than a year passed before a government was finally agreed and Najib Mikati made his way to Paris.

This appears to be the fundamental issue with France’s foreign policy: unwilling to commit troops – as in the Sahel – or to use force against Hezbollah – Macron chided a reporter last year who asked about the group, saying it would be “absurd” to “ask France to come wage war against a Lebanese political force” – Macron’s pedestal as the president of France is reduced to little more than a bully pulpit, chivvying along change without the means to force it.

Against that backdrop, Iraq can seem a rare success story. Macron was the only Western leader at the Baghdad Summit last month, a major gathering of Middle East leaders convened in Iraq, and a few days later, the French energy company Total inked a vast $27 billion deal to develop oil and gas in the country.

But business ties don’t always translate into political influence, particularly in Iraq, which is still seeking to assert itself against Iranian influence. There, French influence can only go so far. Despite Macron saying French troops will stay in Iraq after the US goes, France’s military footprint today is a fraction of the US’s, and will not increase. If the US cannot control the Iranian-backed militias, what chance does France have? And without such military power, why would any Baghdad government prioritize Paris’s views?

Even the – vehemently denied – story that Macron was willing to offer up France’s permanent seat on the UN Security Council to Brussels in exchange for the creation of an EU army seemed a reflection of its shrunken status abroad. Here was the European Union’s sole nuclear-armed power unable to persuade its closest friends to back its military plans without horse-trading that most precious asset, a Security Council veto. It is hard to imagine Russia or the United States bartering away their seat.

The lesson of the submarine debacle shows France that its global-power rhetoric is little more than symbolic. In a way, Macron admitted as much when, speaking about change in Lebanon, he said, “I am putting the only thing I have on the table: my political capital.”

Friends in the Middle East and Africa, as much as friends in the Indo-Pacific, have hard political priorities and need more – and they are quite willing to look elsewhere, whether to Washington or to Russia’s Wagner Group, in order to find it.