From Roosevelt to Trump, a Straight Line in US Policy on Israel and Palestinians 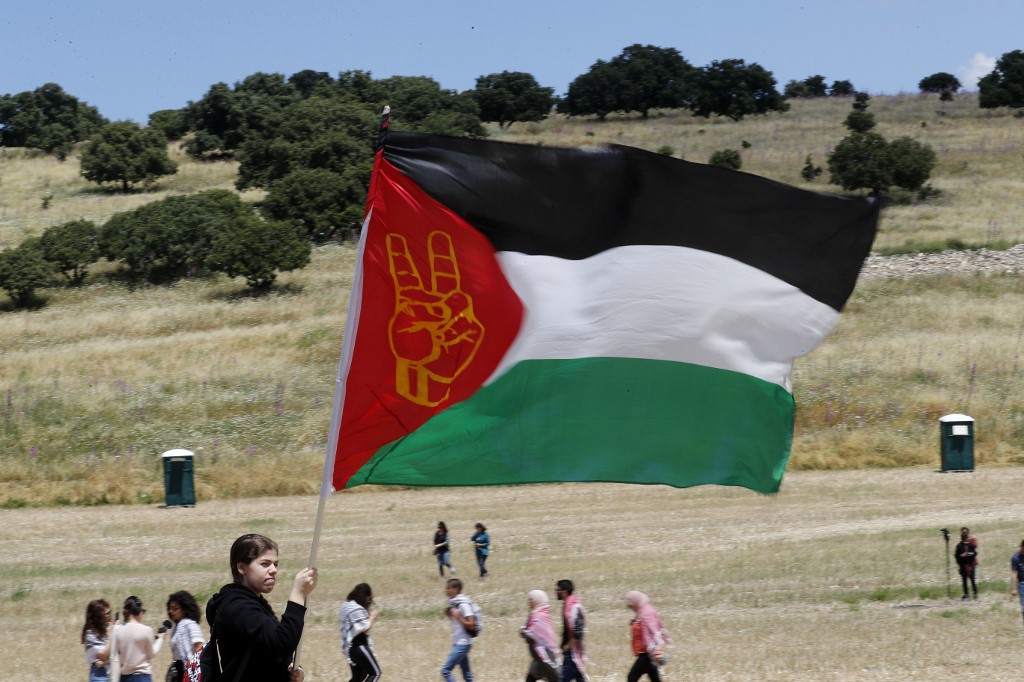 Seventy-five years ago this month, in the dying days of World War II, a secret meeting took place between US President Franklin D. Roosevelt and King Abdul Aziz, founder of Saudi Arabia. It was an historic occasion for a number of reasons.

Abdul Aziz, transported on board a US warship from Jeddah to the Suez Canal, was taking the first step to an alliance with the nation that was emerging from the war as the most powerful on earth. For FDR, it was a chance to guarantee future oil supplies and tread on Britain’s toes by extending America’s influence in a part of the world that would soon wield great influence in the global economy.

But for the Arabs of Palestine, with 75 years of bitter hindsight it is clear the meeting exposed the reality that, for all FDR’s fine talk of the right of all people to self-determination, America simply didn’t care about their fate. A straight line can be drawn between the exchange that took place on board the USS Quincy on the Great Bitter Lake on February 14, 1945, and the laughably one-sided “peace plan” proposed by the Trump administration 75 years later.

The details of the conversation between the king and Roosevelt remained unknown until the US diplomat who acted as interpreter for the two men published an account of it in an obscure newsletter in 1954.

William A. Eddy, who spoke fluent Arabic and served as America’s diplomatic representative to Saudi Arabia between 1944 and 1946, recalled that Roosevelt and the king “got along famously together.” Until, that is, FDR raised the subject of “the rescue and rehabilitation of the remnant of Jews in Central Europe who had suffered indescribable horrors at the hands of the Nazis: eviction, destruction of their homes, torture and mass-murder.”

With an eye to the considerable Jewish vote in America during the 1944 presidential campaign, Roosevelt had already nailed his colors firmly to the Zionist cause. “I know how long and ardently the Jewish people have worked and prayed for the establishment of Palestine as a free and democratic Jewish commonwealth,” he said in a message to the Zionist Organization of America in October 1944. He was “convinced that the American people give their support to this aim, and if re-elected, I shall help to bring about its realization.”

On board the Quincy, Abdul Aziz realized that Roosevelt was asking him to help fulfill this pledge.

By Eddy’s account, the king was astonished. The Jews and their descendants, he said, should surely be given “the choicest lands and homes of the Germans who had oppressed them.” That, Abdul Aziz told Roosevelt, “is how we Arabs wage war. Amends should be made by the criminal, not by the innocent bystander. What injury have Arabs done to the Jews of Europe? It is the ‘Christian’ Germans who stole their homes and lives. Let the Germans pay.”

Roosevelt complained that “the king had not helped him at all with his problem,” but Abdul Aziz was adamant. In the Allied camp, he said, there were “50 countries, among whom Palestine is small, land-poor and has already been assigned more than its quota of European refugees.”

In the end, Roosevelt gave Abdul Aziz two assurances. He would “never do anything which might prove hostile to the Arabs” and the US “would make no change in its basic policy in Palestine without full and prior consultation with both Jews and Arabs.”

He repeated his pledge in a letter to Abdul Aziz, dated April 5, 1945. But one week later, Roosevelt was dead. The historic meeting, Eddy recalled, “had an anticlimax at the White House which has never been reported,” and which has set the tone for the US attitude toward the Palestinians ever since.

Roosevelt was succeeded by his vice-president, Harry S. Truman, who in October 1945 recalled the four US chiefs of missions to Egypt, Lebanon, Syria and Saudi Arabia and the consul-general to mandated Palestine.

Israel would soon come to pass. Britain had ruled Palestine since 1920 under a League of Nations mandate. After a brutal anti-British campaign of Zionist terrorism that began in 1944 – even as British soldiers were still dying in Europe, bringing an end to the Nazi reign of terror – Britain announced it had had enough.

The mandate ended at midnight on May 14, 1948, and in the afternoon David Ben-Gurion, the leader of the Jewish National Council, announced the formation of the state of Israel. The following day the embryonic country was invaded by armies from Egypt, Jordan and Syria, triggering the tragedy of the Nakba and the regional turmoil that continues to this day.

America’s policy – right down to Trump’s – has always guaranteed that the Palestinian people and the concept of Palestinian nationhood have never stood a chance.