Germany’s New Leader Has a Plan for the Migrant Crisis: Dual Citizenship 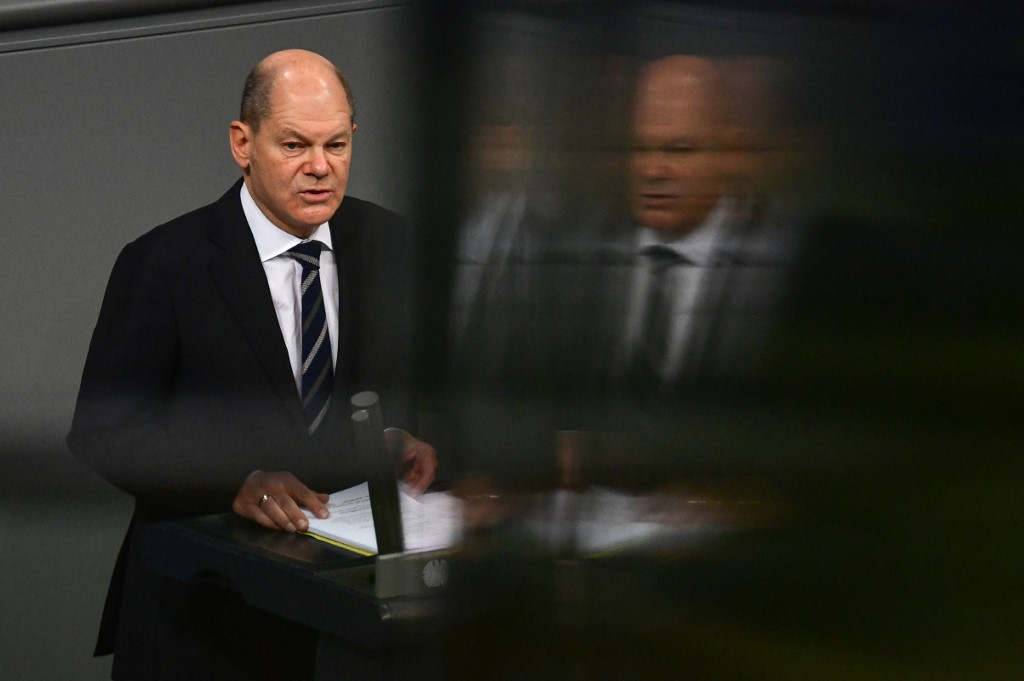 When Olaf Scholz made his first major speech as German chancellor in mid-December, it was closely watched for signs of how he would continue Angela Merkel’s successes – and how he would fix her mistakes.

Scholz focused mainly on his priorities for the pandemic and climate change, as might be expected given the continued discovery of new variants and his center-left coalition.

But almost unremarked was a small but far-reaching change, designed to solve one of the most taxing of German problems – what to do about the large number of refugees inside the country. The issue is still a source of controversy among Germans over whether it counts as a success or a failure of the Merkel years. In outlining his new approach, Scholz said Germany would for the first time allow dual citizenship.

That may sound surprising. Germany’s citizenship policy is unusual among major Western countries. With some exceptions, the country does not allow dual citizenship – the major exception being for those from other European Union countries.

The issue of dual citizenship mostly affects the immigrant population, in particular the Turkish minority, now at least 3 million strong. Until 2014, Turks who immigrated to the country had to renounce their Turkish citizenship if they wanted to be naturalized. Even those born in Germany of Turkish descent had to face the choice, once they became adults, of discarding one of the two passports.

Many refused: In the early days of Turkish immigration, many thought they would return. Children did not want a different citizenship to their parents. And even today, with family and business links between the two countries, choosing one over the other is problematic – and, say Turks, discriminatory, given that, for example, those of French descent don’t face the same choice.

That one policy had enormous consequences. Last year marked 60 years since the “gastarbeiter,” or guest worker, programme that brought thousands of Turks to the country first began. Yet even today, around two thirds of those of Turkish descent don’t have German citizenship, with concomitant impacts on their education and employment options.

Allowing multiple citizenships will primarily benefit Turks and Syrians, the two largest non-EU groups that applied for German nationality in 2020, the last year for which statistics are available. The new government’s plan will make the integration of Turks and the new wave of Syrian migrants much easier.

There is, however, another aspect to the rule change that sidesteps one of the hardest debates of the migration crisis: When can Syrian migrants go home?

Merkel made the momentous decision in 2015 to allow in hundreds of thousands of refugees, saying at the time, “We’ll manage this,” a phrase that has since become something of an epitaph. Ever since, German society has argued about the consequences of the large numbers of new arrivals, whether they would be integrated or whether Syria would ever be safe enough for them to return home.

Last spring, Denmark became the first European country to begin revoking residency permits of Syrian refugees, claiming that parts of Syria were safe for refugees to return to. The policy shift was widely condemned and other European countries are watching closely to see what happens.

Any change will be watched particularly in Germany, which has the highest number of Syrian refugees on the European continent. And any change in Germany would be certain to trigger changes across Europe.

So far, Germany has avoided major decisions. A ban on deportations to Syria of those deemed a threat to security or convicted of serious crimes was allowed to lapse at the end of 2020. The ban had been in place since 2012 and the lapsing of the ban, even though the change would apply to only a few dozen people, was seen as the beginning of a process that could return refugees.

German courts, however, have so far declined to use the power. Thus far, it doesn’t appear that Germany deported any migrants to Syria across 2021.

Scholz’s plan will buy the government more time. By allowing dual citizenship, the coalition can sidestep the issue of when to ask Syrians to return and gives the government some breathing room.

As with those with Turkish links, Syrians seeking refuge in Germany may not want to give up their Syrian passports. That would be breaking a bond with the country and may mean renouncing their property and businesses inside Syria, a drastic move that many would be reluctant to make. It may also mean severing family ties.

If Syrians can take dual citizenship and are not forced to renounce their Syrian citizenship, more will be able to stay and build lives in Germany, whilst also maintaining the possibility that, if the situation in Syria improves, perhaps some can return.

Instead of the German government forcing Turkish migrants to make a stark decision about their identity, as it did previously, Scholz is keeping the country’s options open, whilst hoping to disarm rising anti-migrant sentiment. He hopes that by opening the door for more integration of migrants today, Germany will not be closing the door on them ever returning to Syria tomorrow.