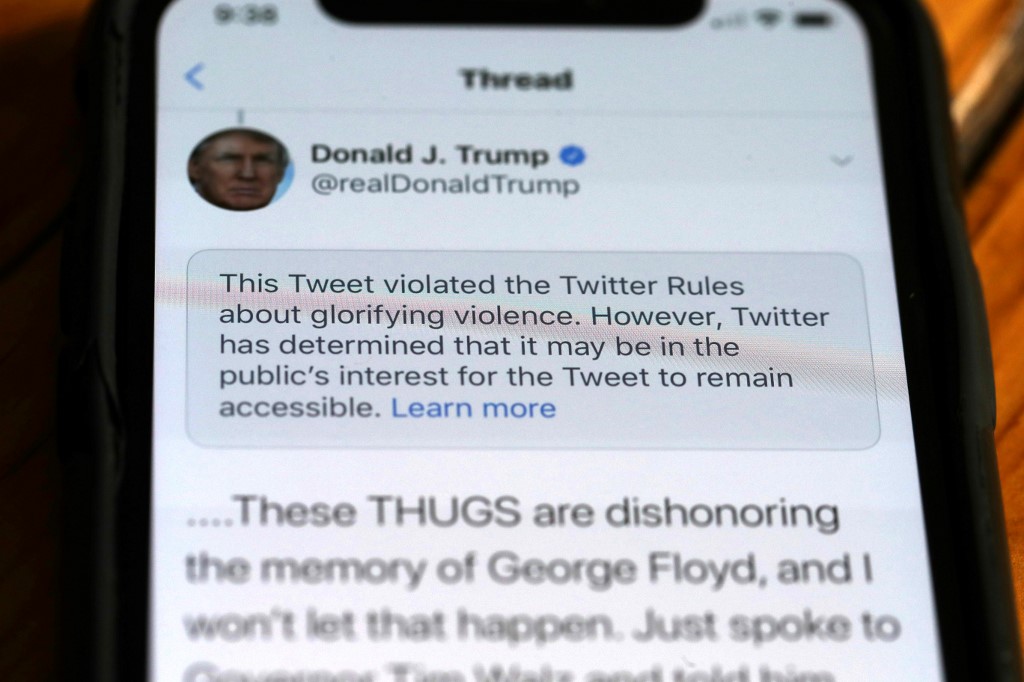 We’ve seen the corrosive effect social media can have – one is tempted to think it’s been worse this year than in any other. Hate mongers have taken to it to spew venom, spread falsehoods and incite violence. The absence of a gatekeeper, a role traditionally played by editors on newspapers, has allowed anyone with a phone (it’s usually a phone, by the way) to “publish” any thought that comes to mind – however stupid, however dangerous, however just plain wrong. But amid all the negativity, we ought to remember that social media can be a tool for good as well. The genie is out of the bottle; we can’t wish away Twitter, Facebook, Instagram and the rest. But we can try to emphasize the good they do and hope that that sweeps over the bad.

Take this example. This month, a post went viral and changed the lives of two people in India. It started out as a heartbreaking video of an elderly couple talking about the ordeal they’d faced with their food stall during the Covid-19 pandemic. The old man teared up as he spoke; no one was coming to their humble stall.

It was just a few seconds long, but enough to touch the hearts of Twitter users. After a few hundred retweets, more and more people started visiting the couple’s stall. By the time of this writing, the post had had over 53,000 retweets and 170,000 likes. The elderly couple since has been photographed happily serving long lines of customers, their stall newly rebuilt through the modern miracle of crowdfunding.

This story inspired several other posts about supporting small local businesses during what seems like an endless pandemic. It has prompted many – myself included – to visit the small shops that have been hit hardest by the economic crisis caused by the pandemic.

Perhaps the lesson here is that amid the flood of negativity, people are eager for hopeful stories. That’s why heart-warming videos of babies and animals often are the most-shared posts. By the same token, people also are motivated to help causes involving children and animals at risk. This is why welfare organizations, environmentalists, animal-shelter advocates and others turn to social media. According a survey from 2018 by the American Society for the Prevention of Cruelty to Animals, social media is very effective in exposing animal cruelty, boosting support for wildlife and in generating increased public awareness. For all those reasons, an overwhelming majority of survey respondents said they would increase their use of social media. (Chalk one up for good.)

And maybe that’s how David Attenborough, the natural historian and TV personality, managed to get a million Instagram users to tune in to his warning that “the world is in trouble” in record time – four hours 44 minutes, to be exact, beating the previous record to the one-million-followers mark set by actress Jennifer Aniston.

But, as mentioned above, social media has a capacity to hurt as well. Take, for example, an Instagram post from back in 2016. Nazer Al-Islam Abdul Karim, a Bangladeshi cleaner working in Riyadh, was pictured staring wistfully at an array of jewelry in a window. Pathos in a frame; there was such sadness in the photo. Yet, instead of the sympathy he deserved, he was initially mocked. One Instagram user wrote: “This man deserves to only look at rubbish.”

But remember hope sweeping over the bad? In Abdul Karim’s case, kindness ultimately prevailed. Hundreds of social media users expressed their dismay at the unkindness he suffered. They raised money for him and bought him gifts.

Was there a kinder, gentler time before social media? Not really. And besides, there is as much chance of going back to a time without social media as there is of turning back the clock on the internet. Social media is here to stay, or at least until something “better” comes along to displace it. It will continue to spread joy – like wonderful TikTok videos of unadulterated fun – and also inflame humankind’s basest instincts. Regulation is doubtful as a remedy for the bad; and forget trying to fact-check the 4.6 billion people who use social media. Social media is good and evil in an app.

Evil flows easily, while we must actively will the good. Do this much and perhaps we can more often than not hope to overwhelm the bad.

Rym Tina Ghazal, currently based in Saudi Arabia, is editor-in-chief of Ithraeyat Magazine, an art and culture publication.