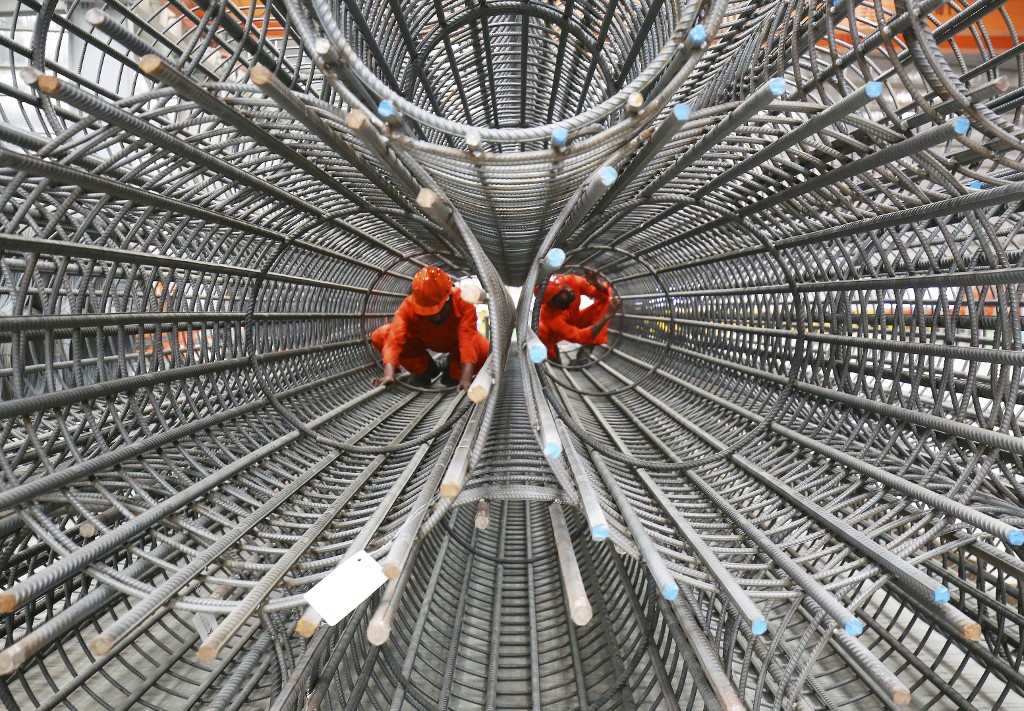 For Gulf nations, changing global energy demand means the need to diversify their economies is topmost in mind. Thus, when Crown Prince Sheikh Meshal Al-Ahmad of Kuwait met his counterpart from Saudi Arabia, Crown Prince Mohammed bin Salman, in Riyadh on June 1, it is likely the two discussed each other’s plans to reduce their nations’ dependence on oil. Indeed, after the meeting between the two, Kuwait’s ambassador to Riyadh noted that Gulf countries realize that oil is a resource that is bound to run out — or one might add, become less valuable as sustainability becomes the global norm — and that the region must get ready to live without it. He might have added that this is an existential imperative that will transform the region in more than just economic terms. Think peace, as well.

To be sure, some ambitious plans for the post-oil era already are in place. Part of Kuwait’s 2035 Project includes a new free-trade hub at the northern end of the Gulf, evocatively named Silk City to recall the region’s past as a vital staging post on the fabled Silk Road. Saudi Arabia, meanwhile, has its Vision 2030, designed to transform the northwest of the country into a vast trade and tourism hub that includes an entire new city named Neom.

Both plans, while not identical to the transformation already on track in Dubai and Abu Dhabi, surely take inspiration from the Emirati cities. The UAE’s non-oil exports have been growing steadily over the past decade. In 2019, UAE exports stood at nearly $400 billion, of which $82 billion were from activity not related to the energy market. In the first nine months of 2020 alone, the UAE’s non-oil exports had grown to $125 billion.

And here’s the interesting thing. The signing of the Abraham Accords with Israel last year is estimated to have produced a $44-billion surge in exports for the UAE (it will be instructive to see the UAE’s full-year export data). The argument for peace as the best and most essential enabler of commerce could not be clearer; overcoming the divisions between the two countries has opened the door to vast new possibilities.

As a historical precedent, and particularly one related to the Arab world, there are few more pertinent examples than the Baghdad of a thousand years ago. When the city was founded in 762, it was known as the City of Peace. Abul-Abbas Al-Yaaqoubi, a 9th century Abbasid geographer, wrote of how Baghdad’s location at the confluence of two great rivers brought in merchandise from all parts of the then known world. It was “inhabited by peoples from all countries, far and near” who, he claimed, preferred the city to their homelands. It was this diversity that allowed Baghdad to thrive and earned Al-Yaaqoubi’s description of it as “a great city the likes of which there is none in the east and west, in its vastness and architecture.”

His description could very well be applied to Emirati cities today. Abu Dhabi and Dubai in particular have become global trade hubs and metropolises where millions of migrants live and work. Like 9th century Baghdad, Abu Dhabi and Dubai deserve the sobriquet “Cities of Peace.”

Islamic imperial rulers, such as the Ottomans of Turkey, understood the importance of peace in enabling commerce. In the early years of his presidency, so did Recep Tayyip Erdogan. Through his policy of “zero problems with neighbors,” the Turkish economy enjoyed robust growth. But when Erdogan began losing support at home, he used foreign policy as a distraction. “Zero problems” became “problems with everyone” and the economy entered what continues to be a steep decline.

Imagine, then, the benefits that would accrue were this region no longer to be the cauldron of conflict that it has been for the past hundred years. What grand opportunities would open up not just for the Gulf nations, but also those without the blessing of oil? The greatest impediment to such a situation, alas, lies firstly with mischief makers in Tehran, who have yet to realize the waning usefulness of their hydrocarbon stock but are in fact funding conflict with rent from oil. And then there are those for whom nurturing their domestic enmity through civil war is the ontological essence of their regime.

The Gulf states, from Saudi Arabia to Kuwait to the UAE, demonstrate that a new economic model — one replicable by all, unlike the one based on qualifications to Opec membership — is in place. What it needs to thrive is a dedication to a new paradigm for economic momentum in the Middle East. That would be peace. Indeed, if one were to carefully parse all the diplomatic initiatives in the Gulf in recent years, one would conclude that they are predicated on the pursuit of peace as the engine of economic growth. (Of course, one should not be so naive as to expect peace to come from singing Kumbaya around the campfire; sometimes, to eventually get peace, you must threaten to, or even actually, fight for it.)

Arab pride in their trading capabilities through the ages is well-justified. Commerce is in their DNA. It was there at the birth of Islam. Contrary to what Islamists would have us believe, the Prophet Mohammed was not a warrior obsessed with conflict; he was, in fact, from a merchant tribe, and he married the widow of a merchant and managed her business affairs.

Long before oil, Arabs grew prosperous on their ability to trade with anyone and everyone. With more peace, it could happen again throughout the Middle East. It would redefine the region to the world.