Gulf Oil Producers Are Investing in Hydrogen. It Won’t Be Enough to Replace Fossil Fuel 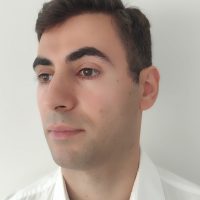 As the world accelerates its transition to renewable energy from fossil fuel, oil and gas producers in the Middle East face a defining moment: How to pivot away from an economy still heavily dependent on fossil fuel? One option is to see the green transition as an opportunity. A strategy to come out of this, and which has been much talked about lately, is to leverage gas reserves and ample sunlight into the production of hydrogen gas. But caveat venditor, so to speak. With the industry and market for sustainable products fundamentally different from that for fossil fuel, there is no certainty that oil and gas can be entirely substituted by “green molecules.”

Currently, oil and natural gas prices are comfortably high from the perspective of exporters. Conventional wisdom would imply that there is little incentive to increase investments in alternatives. According to the International Energy Agency, global oil demand will reach pre-pandemic levels before the end of this year. Demand, furthermore, is likely to grow in the coming years. However, that hasn’t comforted Gulf producers who look at a horizon beyond the medium term.

On the one hand, the current fleet of cars and power plants will indeed see higher utilization of fossil fuel as economic activity rebounds from a Covid-19 induced slowdown. But decarbonization is happening at such a great speed that we will likely see much of current fossil-fuel reserves left in the ground, with demand in the further horizon being mostly from poorer countries unable to make the investment in sustainable-energy production.

The EU’s Green Deal aims for the bloc to have no net emissions of greenhouse gases by 2050, and its European Commission recently proposed policies aimed at reducing net greenhouse gas emissions by at least 55 percent by the end of the decade. The US is negotiating a wide-ranging infrastructure bill that, if it passes anywhere near its current form, will radically reduce its dependence on fossil fuel. Next, China has pledged to reach carbon neutrality by 2060. And then there are the smaller economies of East Asia, from Singapore to Taiwan and South Korea and all the way up to Japan. Thus, demand for Middle East oil and gas, particularly from Europe and East Asia, will be sharply reduced.

Just as importantly, the transition to sustainable energy is a demand-side development. Whereas Opec and non-Opec oil producers hold the levers to oil prices (though much less so today than in the 1970s), it is end users of sustainable energy that will dictate the fortunes of suppliers. Thus, the demand side is shaping the long-term industrial policies of today’s fossil-fuel producers. Indeed, from the current perspective, it would seem eminently sensible for fossil-fuel producers to use their resources – which would otherwise offer diminishing returns – to supply green-energy needs.

In the Gulf region, substantial natural-gas reserves are an opportunity to produce “blue hydrogen” derived from methane. In this process, methane is separated into hydrogen and carbon, and the latter then is captured and stored. In addition, the sparsely populated deserts of the region are ideal for massive solar farms to generate electricity that can be used for “yellow hydrogen” production through the electrolysis of water.

For now, the UAE has invested in a strategy focused on blue hydrogen. Oman’s main goal is its future green hydrogen factory in Al Wusta governorate, worth $31 billion. Saudi Arabia plans to invest $5 billion in the futuristic city, NEOM, in the northwest to produce “green hydrogen” from both wind- and solar-powered electrolysis by 2025.

However, it is unlikely that hydrogen will be a substitute entirely for the oil and gas industry of the Gulf region due to three reasons.

First, the level of import dependence in end-user countries is uncertain. While there is a necessity for imported oil and gas, the scale of imports for hydrogen is uncertain as it can be produced anywhere as long as there is electricity. The possibility of the revival of the nuclear industry to power electrolysis for the production of “pink hydrogen” cannot be completely discounted (nor for that matter that nuclear-powered electricity will obviate the need for hydrogen in the first place). For while fossil fuel is geology dependent, hydrogen is technology driven. Recall that, after all, hydrogen is the most plentiful element in the universe.

Second, the Gulf region does not have a monopoly on climate suitable for green hydrogen. Countries such as Chile, Australia and Spain, to name some, are lining up to become exporters of hydrogen.

Lastly, Russia’s Gazprom and Rosatom intend to repurpose the extended pipeline infrastructure with Europe to export blue and pink hydrogen in the near future.

Thus, while oil and gas will inevitably become less valuable, there is no certainty that alternative forms of energy from the Gulf’s current fossil-fuel producers can offer as much value on an industry basis. It is for this reason that large Gulf oil producers have sought to pump as much oil as possible today to stock up sovereign wealth funds, while concurrently investigating various forms of economic diversification. In this scenario, hydrogen – which has captured the imagination of many – is only one strategy in an arsenal that will require many elements.

It was never useful to try to understand the Middle East mostly through the lens of oil; it will be equally fruitless to do so through the hype over hydrogen.

Vanand Meliksetian works for Netherlands Enterprise Agency, where he helps develop protocols for the deployment of hydrogen in cities and towns. He previously worked for Total and Vattenfall, among other energy companies.