In Fighting Covid-19, Examples from the UAE Show Why Functioning Globalized Networks Are Important 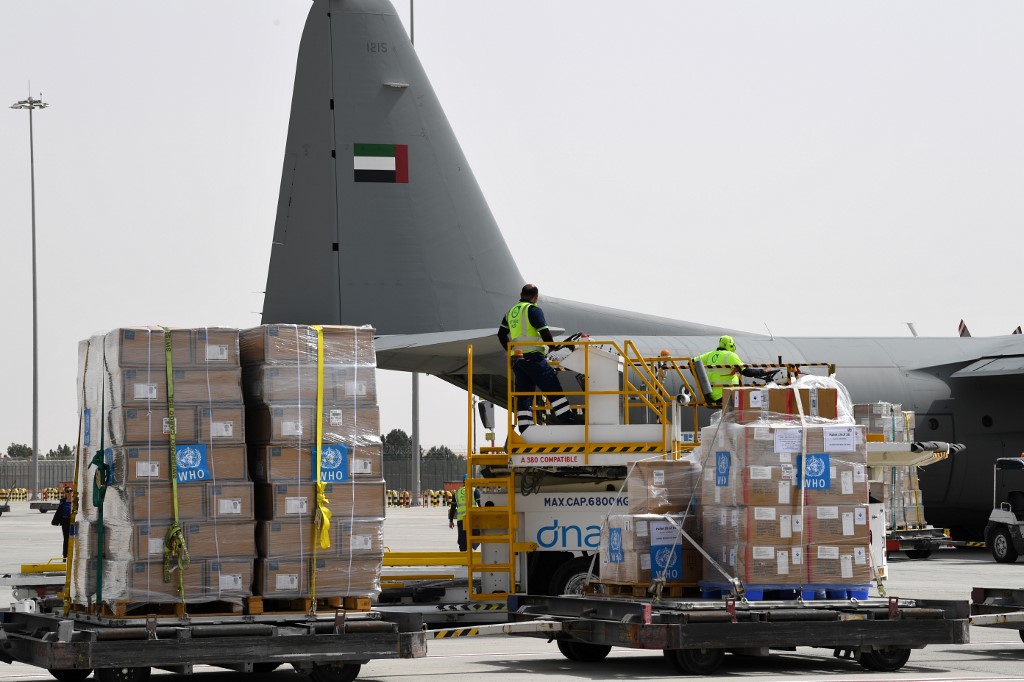 Imagine you are a US state governor or senior public health official amid the Covid-19 pandemic. You are short on masks, on testing equipment, on protective equipment and the president has encouraged you to compete for goods on the open market. What do you do?

You begin looking outside US borders. You look at the usual advanced-economy countries in Europe and Asia. The state of Maryland recently sourced 500,000 test kits from South Korea. Several other US states – most recently South Carolina – have been importing Chinese-made masks.

What happened in Nevada recently, however, strayed from the usual path. The state of Nevada was looking for a partner to roll out high-volume Covid-19 testing. Did it team up with high-tech Japan? Perhaps battle-tested South Korea or China? Or maybe medical industrial power Germany? No, the state of Nevada partnered with the UAE and an Emirati outfit, G42, the company behind the UAE’s much touted national testing program.

Most experts note the importance of large-scale testing to limit the damage of this historic pandemic, which has wreaked havoc across the world. The UAE has emerged as a leader in national testing for the novel coronavirus – up to, most recently, 35,000 residents per day. The UAE ranks among the most-tested populations per capita in the world – ranking in the top three. This may be surprising to the majority of the world. It  may even be surprising to those who do know the UAE, but only as a major oil producer or trade, tourism and logistics hub. In fact, one of the quiet revolutions taking place in the UAE over the past decade has been innovation in science and technology.

And then, there’s governance. Governments around the world are facing unprecedented challenges to their institutions and leaders. In South Korea, President Moon Jae-In’s administration has received high marks for his government’s handling of the coronavirus crisis. His ruling Democratic party was rewarded with a landslide victory in a general election this month, winning the kind of majority not seen in more than three decades.

Countries like South Korea and the United Arab Emirates are demonstrating high-levels of competence in handling the crisis. As of April 28, the UAE has recorded 89 deaths from Covid-19 with over 11,000 confirmed infections. For a country as globally connected as the UAE, handling a border-busting pandemic was never going to be an easy task. But the UAE has deployed an array of Fourth Industrial Revolution tools – artificial intelligence, robotics, 3-D printing, smart technology and genomics – to go along with traditional large-scale disaster prevention measures and an “all-of-government” approach to contain the virus.

Geopolitical strategist Joshua Cooper Ramo, writing in his book, “The Seventh Sense,” notes that “we are now in the earliest stages of a shift that promises to be still more consequential than the one that enlightened and industrialized our world over several centuries after the Dark Ages.” He points to the power of networks and connectivity as vital to the future of nations, companies and individuals. “We experience power through networks now, as once we experienced it through brick-bound institutions such as universities or military headquarters or telephone companies.” In short, the more-networked nations will succeed.

The UAE is one of the most networked places on Earth. Beyond hosting the world’s busiest international airport (Dubai International), one of the busiest container terminal ports and one of the most cosmopolitan populations on Earth, UAE companies have wide-ranging connections across the world, benefitting from some of the best experts worldwide, creating virtuous circles of partnership that create breakthroughs. Networks, it must be remembered, are not only about trade routes; they are also about science-sharing routes.

Nevada will not only partner with G42 to set up a testing lab, but also to conduct genomic studies of the virus, according to the Nevada Task Force that announced the partnership. “The resources from G42 will substantially increase our ability to conduct Covid-19 testing and research to help us mitigate the effects of this virus on our citizens and visitors during the current crisis,” Task Force chair Jim Murren said in a statement. “It will also enable us to fortify our ability to provide a safe and sustainable economic recovery for all of Nevada in the long run.”

Beyond business partnerships, the UAE has also been on the aid frontlines, supporting other countries in their battle against the coronavirus. All told, the UAE has provided more than 314 tonnes of aid to more than 27 countries.

Pandemics, like most major global problems, have no passports. They also tend to concentrate the mind on best practices and solutions rather than the origin of those practices and solutions. Deng Xiaoping famously said: “I don’t care if the cat is black or white, as long as it catches mice.” Governments around the world are finding the essential truth of that maxim. People are desperately looking for solutions, no matter where they come from. And white or black, the UAE is turning out to be a pretty substantial cat.