International Community Must Step in to Prevent Sudan Descending into War 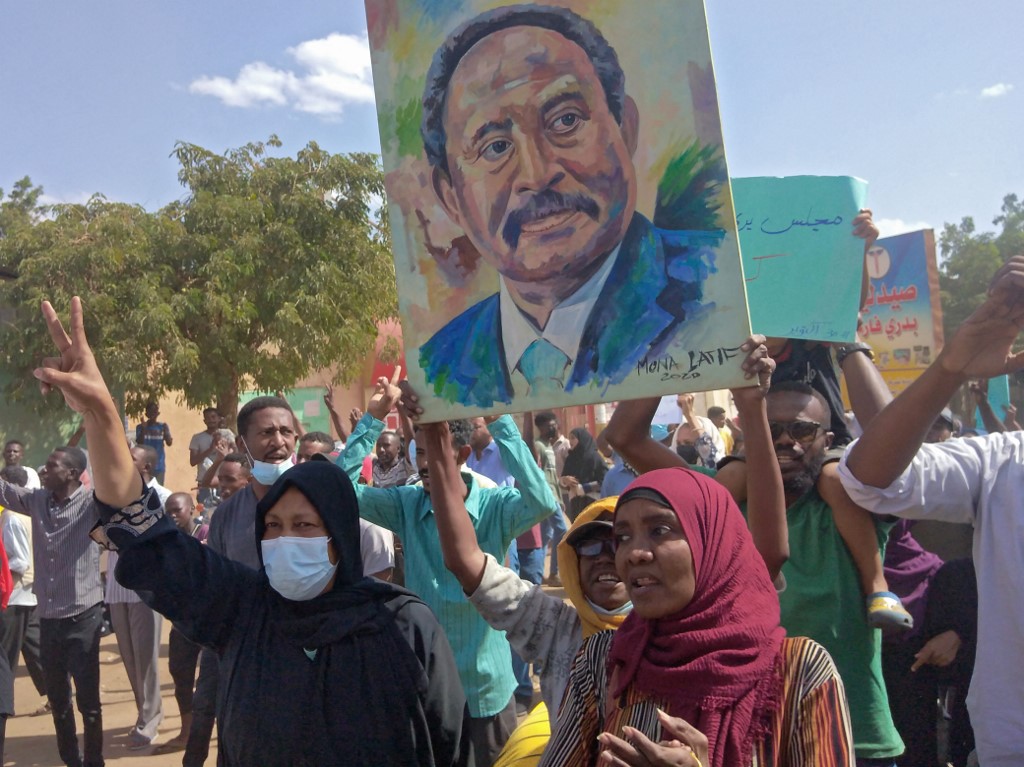 Abdalla Hamdok’s resignation as prime minister of Sudan is a remarkable failure of the transition process with potentially dangerous consequences. The international community, particularly the US, EU, Egypt, and Arab Gulf states, must ensure Sudan does not descend into civil war.

When Hamdok stood down on January 2, it removed the civilian fig leaf that masked the fact that the Sudanese government was being entirely controlled by the military. In that sense, his resignation has not come as a shock for the Sudanese people.

When the military took over in October, on the pretext that it wanted to maintain order in the face of protests, the Sudanese pro-democracy movement regarded it as a coup.

Despite Hamdok and several of his cabinet colleagues being put under house arrest, he eventually signed a deal with the generals in November that saw him reinstated as prime minister, but with very few concessions from the military. This marked the moment at which Hamdok became thoroughly discredited in the eyes of the pro-democracy movement.

His decision, which he explained at the time as motivated by the need to prevent further violence, also stands thoroughly exposed for what it is – a failure. Since Hamdok’s deal with the military in November, the generals have responded with force to protests by the pro-democracy movement, leading to nearly 60 deaths. In December, UN reports indicated women and girls suffering horrific sexual violence at the hands of the military during protests.

Hamdok, who has never had an independent political base of his own, failed to become a bridge between the military and the pro-democracy movement. He failed in extracting concessions from the military, specifically in getting it to agree to relinquish power in however staggered a fashion.

The military’s takeover in October was proof that it could not see the merits of giving up control. Perhaps the military was fearful that calls for transitional justice would see its senior leadership arrested or handed over to the International Criminal Court (ICC), and its significant economic interests in Sudan watered down.

This is also a failure of the international community.

Despite opposition from the pro-democracy movement, the acquiescence of foreign powers to Hamdok’s deal with the generals in November betrayed their lack of interest in the country. Since then, the outside world has not applied strong pressure on the military to deliver on its side of the bargain.

As things stand now, Sudan will be an issue that will concentrate minds in the EU, US, and neighboring states. For sure, the international community’s interests in Sudan do not fall neatly on the side of the pro-democracy movement.

For example, at the Paris conference on Sudan in June, Hamdok’s government said it would lift subsidies on essential goods as part of an agreement with the International Monetary Fund (IMF).  This further inflamed public anger against the government and gave the generals a perfect excuse to dismiss Hamdok and his ministers in October.

The military itself has backers amongst regional states, chiefly for geopolitical reasons. Yet Hamdok’s resignation is also a failure of the military, for it can no longer camouflage its control of the state.

With Hamdok’s departure, the scene is now set for a direct clash between the pro-democracy movement and the generals, with neither side showing any sign of compromise. It is incumbent upon the international community to step in and manage the political transition at this stage.

The November deal between Hamdok and the generals, which now lies in tatters, was nevertheless welcomed in a joint statement by Saudi Arabia, the UAE, the US, and the UK. This level of coordination suggests a way out of the current imbroglio.

This could entail the generals agreeing to give up power in return for an amnesty for all but the most egregious human rights violations.

A transition may also include a gradual, protracted withdrawal of the Sudanese military from the country’s economy. It is crucial here that the international community, which controls access to funding for Sudan, can use it as a lever to coax the generals to give up power.

It is also necessary for the pro-democracy movement to reach out to regional actors that may be on good terms with the generals and impress upon them that a civil war in Sudan would be more catastrophic for the region than the emergence of a democratically elected government.

With Hamdok’s departure, the pro-democracy movement must also begin efforts to develop a political vision for what the transition looks like and how to ensure it keeps elements of the military on-side during the process. The Sudanese military itself is not a monolith and is faction-ridden.

The pro-democracy movement could possibly negotiate with junior officers within the military.

None of this will be possible without the international community’s shepherding of the process. The fact that Middle Eastern states are currently going through their own processes of rapprochement with each other is a good omen for Sudan.

It is still not too late. Sudan can become a template for successful political transitions elsewhere if managed well. The alternative is simply too dangerous for the Sudanese and the wider world.