Iran and the US are Inching Toward War 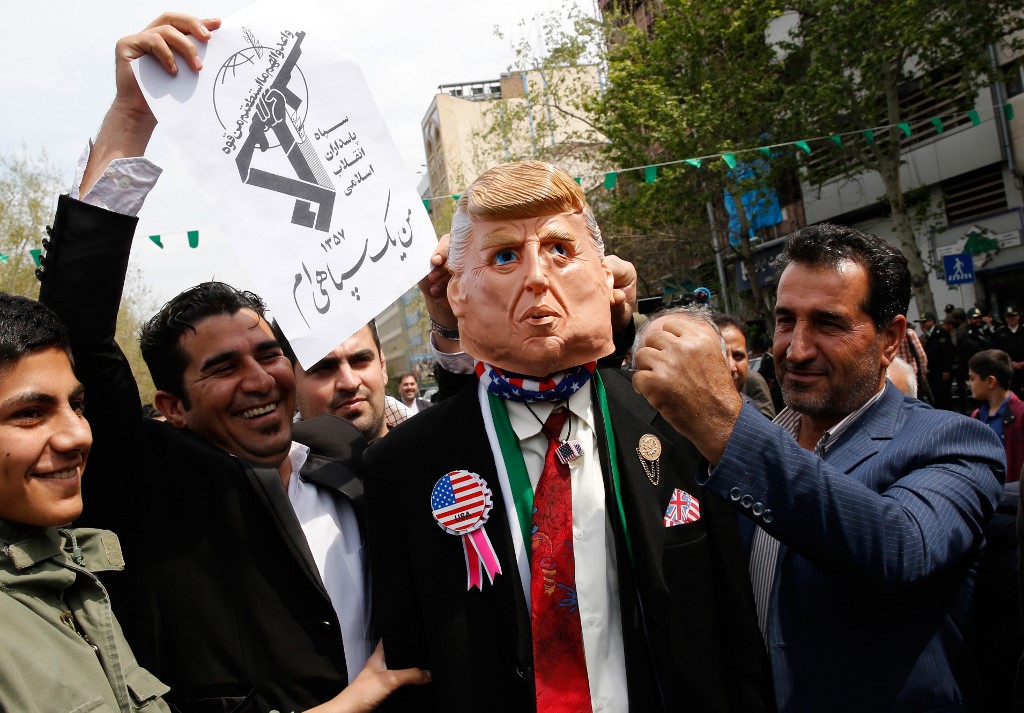 There can be little doubt now that Iran and the US are inching toward full-scale war. All attempts by either one to force a change in the other’s behavior have come to nothing. Conflict now seems inevitable.

On April 22, the US announced it would no longer waive sanctions against countries that buy oil from Iran, effective from May 2. This is expected to send Iran’s oil exports plummeting to fewer than 1 million barrels per day (bdp) from a pre-sanctions high of 2.5 bdp, and will shave $50 billion off Iran’s annual income.

The purpose is supposedly to bring about changes in the way Iran behaves vis-à-vis its regional neighbors, but officials in the US administration have made no secret of the fact that they would not be averse to regime change. Either way, the goal is to bring the Iranian economy to its knees and cause political strife within the country.

Iran’s response is unlikely to involve crossing any American red lines any time soon, such as closing the Strait of Hormuz or resuming uranium enrichment, as that would invite immediate military reprisals by the US. Instead, there will be a series of retaliatory measures with a twofold effect.

Firstly, it will impose punitive costs on America’s allies through mini-conflicts just below the threshold of war. And secondly, it will cause oil prices to rise to a level that begins to affect American consumers as well as the health of the global economy.

Iran is likely to ramp up its military presence in Syria. In the assessment of the US deputy assistant secretary of state and special envoy for Syria, Joel Rayburn, Iran envisions Syria as a “strategic outpost” for the Iranian Revolutionary Guards Corps (IRGC) to establish military bases. Despite Israeli bombing raids, the IRGC is likely to continue basing armed drones in Syria. Such proximity to their border will not go unchallenged by the Israelis, especially since the armed drone exercise the IRGC carried out in March left no doubt about the intended target; billed by the Iranians as the biggest of its kind, the exercise was codenamed “Beit Al-Maqdis,” a clear reference to Jerusalem.

In October, an IRGC-linked Iranian company is expected to assume control of Latakia, Syria’s main commercial port. This will secure for Iran a significant foothold on Israel’s doorstep and a direct route from Tehran to the Mediterranean for supplying arms to Hezbollah, who, on returning from its triumph in Syria, is likely to turn its attentions to Israel. Moreover, Iranian naval vessels could also threaten ongoing Israeli and Egyptian efforts to develop gas fields in the eastern Mediterranean. The scene is set, then, for recurrent skirmishes between Israel and Iran in the coming months.

In the Gulf, Iran will keep up the tension among America’s regional allies. It will do this through cyber-attacks on Saudi and UAE organizations, provocative drone and fast speedboat patrols near oil tankers and American naval vessels and ballistic missile tests, all accompanied by regular bellicose statements from Tehran. Indeed, on April 27, the IRGC released film footage purporting to show successful drone surveillance of an American aircraft carrier in the Gulf, a claim subsequently dismissed by the US Navy.

Other measures available to Tehran include getting its Houthi allies in Yemen to lob missiles at Saudi cities, as well as fomenting protests amongst Shias in Saudi Arabia and Bahrain – all of which will impose punitive costs on Saudi Arabia and the UAE while maintaining plausible deniability for Iran.

Within Iran, the IRGC has emerged as one of the most important political actors, supported in no small part by a pliant media and political class. After America branded the IRGC a terror group last month, Iran’s parliamentarians showed up at parliament dressed in IRGC uniforms as a mark of solidarity.

All of these measures are fraught with risk; what the Iranian political elite may consider to be calibrated moves could all too quickly escalate into full-blown conflict. Moreover, with both Iran and the US entering important phases of their respective political calendars, neither side is likely to back down.

The long game for the IRGC is to ensure it controls the succession process to Supreme Leader Ayatollah Ali Khamenei. It will do this either by ensuring an ally ascends to the top job or it will maneuver to do away with the position entirely. In the interim, it will continue to position itself as the vanguard force in Iran’s conflict with America. The recent appointment of Hossein Salami, a hardliner, as its new head indicates that it is highly improbable that the IRGC will pursue a policy of de-escalation with the US.

Adding to the general tension in the region is the fact that a confrontation between Iran and the US would also probably benefit adversaries of the IRGC, whether it is Israel’s prime minister, Benjamin Netanyahu, seeking to distract voters from his forthcoming legal troubles, or President Donald Trump, who may be looking for a decisive foreign policy victory after failing to make notable gains against North Korea and Venezuela.

The ruling establishments in Iran and the US will benefit domestically from beating the drums of war. But aside from public rhetoric, there are no signs yet that either side has fully accounted for what might happen if war actually begins.