Iran Puts Pressure on the Druze of Lebanon 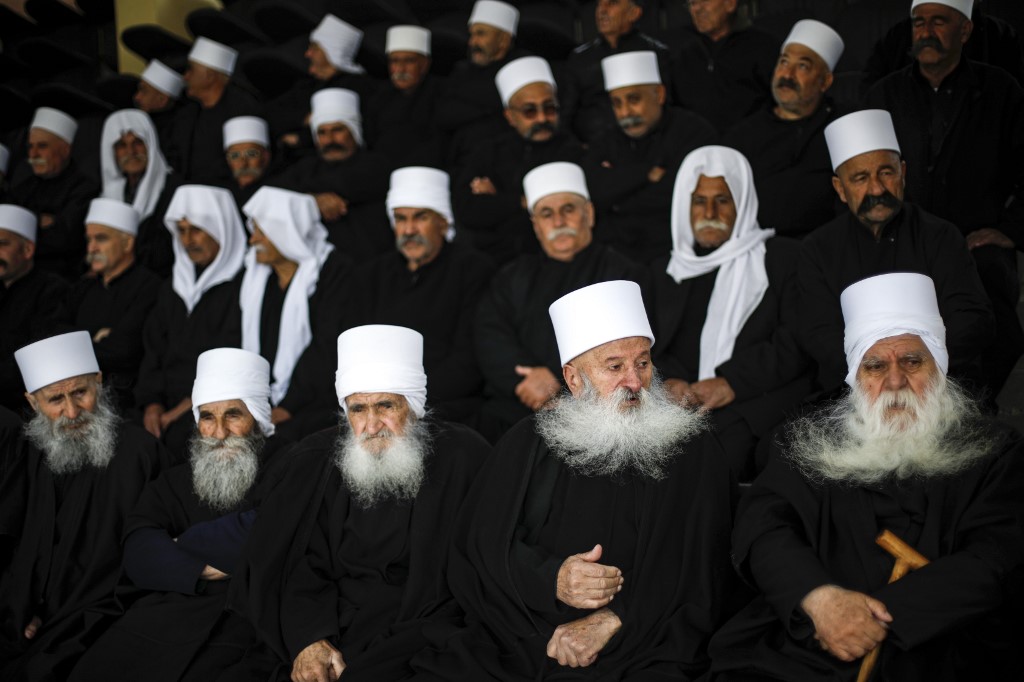 On June 30, Lebanese Foreign Minister Gebran Bassil, a Christian, set out on a tour of predominantly Druze communities in Mount Lebanon, escorted by Saleh Al-Gharib, minister of state for refugee affairs and a Druze. The history between Druze and Christians in Mount Lebanon is brutal. During the 1975-1990 civil war in Lebanon, the area saw vicious fighting, in which the Druze drove out most of the sizeable Christian minority. As Al-Gharib’s motorcade arrived in what is believed to be the village of Bsateen, an argument broke out and two people were killed. Whether they were officials accompanying the politicians or local townsfolk who objected to their presence has yet to be determined. Local media coverage reported the incident as a battle between two political dynasties – Bassil aiming to succeed his father-in-law, Michel Aoun, as president of Lebanon and supporters of Druze patriarch Walid Jumblatt seeking to ensure the succession for his son, Teymour. Al-Gharib is a known opponent of Jumblatt whereas the Mount Lebanon villages are pro-Jumblatt. But that interpretation of the event would be an over-simplification. The more likely truth is that the incident was part of a bigger regional conflict.When war broke out in Syria in 2011, President Bashar Al-Assad had to withdraw manpower from southern Syria, which borders Lebanon. Into the void stepped Lebanese Hezbollah and its Iranian backers. Having ejected armed Syrian opposition factions and taken control, Iran began building military infrastructure in southwest Syria, the region closest to Israel, with the intention of southern Syria replacing south Lebanon (a frozen frontline since 2006) as the stage for a war against Israel.Easier said than done. For a start, Israel’s mighty air force has been hitting every Iranian and Hezbollah asset it can find in southern Syria.  Second, for Iran to replicate its southern Lebanon experience, it needs friendly locals. Southern Syria is predominantly Sunni and has suffered grievously at the hands of Hezbollah and Shiite Iran. This leaves only one available alternative – the Druze, who are spread across Lebanon, southern Syria and northern Israel and have been led since at least the 1700s by the Jumblatt clan.Like all minorities, the Druze have their own ways, developed over the last millennium. They pledge allegiance to whoever is the strongest man or party. When two strong, evenly-matched parties vie for supremacy and it is unclear who will win, the Druze stay on the fence and hunker down in their villages, keeping intruders away in a bid to preserve their neutrality. Jumblatt has been neutral since he abandoned the Lebanese anti-Hezbollah March 14 Alliance in May 2008 and though he openly opposes Al-Assad, he has worked hard to keep the Druze out of the Syrian war. Iran and Hezbollah, however, see Jumblatt’s policy as an obstacle to their own ambitions. For their military infrastructure project to work in southern Syria, they have to make the Druze join the “alliance of minorities,” which includes Shias, Alawites and Christians of Lebanon and Syria. Since Jumblatt refuses to budge, Hezbollah has been trying hard to dislodge him, mainly by circumventing his leadership in Lebanon and Syria and propping up his opponents.In Lebanon, Hezbollah has supervised the reconstruction of the state under the auspices of Bassil and Prime Minister Saad Hariri, who is Sunni. The duo have cut Jumblatt from state resources that he needs to maintain his network of loyalists. They have also been harassing his followers and civil servants, pursuing some of them through the courts on bogus charges. Meanwhile, Hezbollah and its allies have rewarded Jumblatt’s Druze opponents with state largesse and a cabinet seat, while trying – but failing – to shake his sweeping popularity among the Druze during the 2018 election.Hezbollah also used Samir Qontar, a Druze who spent three decades in Israeli prisons and was freed in a prisoner swap with Hezbollah in 2006. He was sent to southern Syria to rally the Druze to Iran’s side and was killed by an Israeli air strike.In southern Syria, Iran has hunted down the Druze who insist on neutrality, often assassinating activists and leaders, such as Sheikh Walid Balous in 2015. In 2018, Al-Assad’s forces withdrew from positions in the south and soon after ISIS kidnapped 14 Druze women. While there is scant evidence to prove Druze claims of collusion between the Syrian regime and ISIS, there is no denying the sequence of events: Al-Assad’s forces departed and the path was left clear for the terrorists. Nor can it be denied that Al-Assad refused to offer protection unless the Druze pledged support for him and sent their men to enlist in his army.The real stand-off that took place a few days ago in that Mount Lebanon village was between Iran, which wants the Druze onside and securely within the Iranian-led alliance of minorities, and an ever-defiant Jumblatt. They can play it down as domestic Lebanese politics, but it is certainly much, much more than that.