Iran’s Mastermind of Proxy Warfare Is Dead, But Iran’s Use of Proxies Is Far from Over 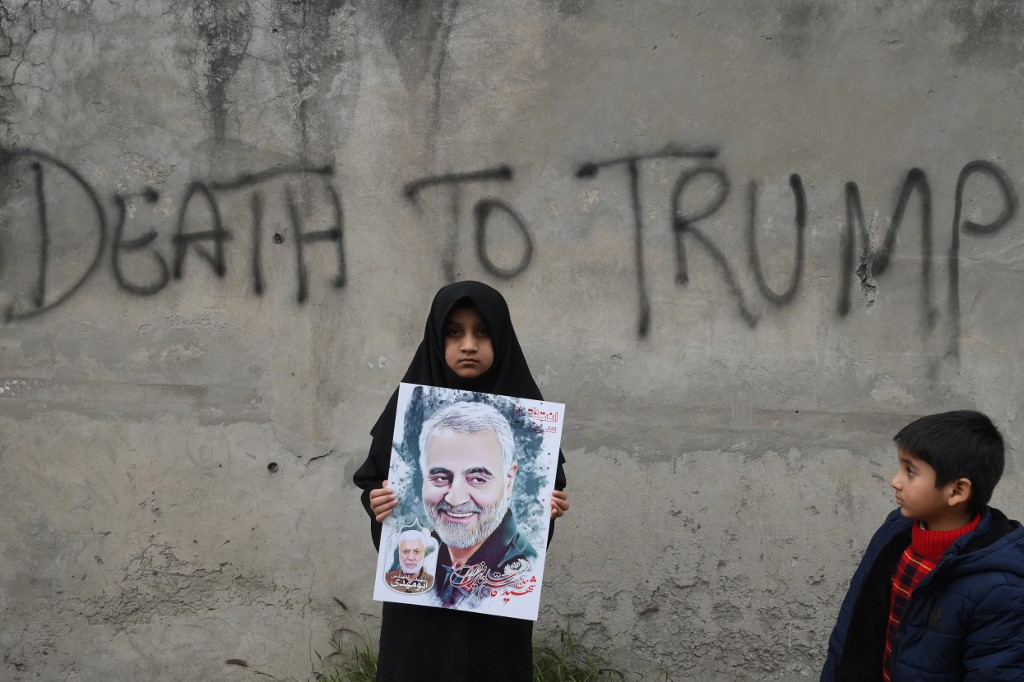 The United States government says it killed Iranian Quds Force commander Qassem Soleimani to prevent an “imminent threat” of Iran-orchestrated attacks. Regardless of the truth of the supposed threat, US military forces, their allies and civilians in the region were, and remain, in danger of facing attacks by Iranian proxies. After all, the network of allied militias across the Middle East that Soleimani helped build was not destroyed in the attack that killed him, and neither was Iran’s larger strategy in using them. As the US remains committed to deepening sanctions on Iran, so too will Iran remain committed to using its proxies – among other tools – to pressure the US into changing course.

Iran is well aware that when it comes to military force, it is weaker than the US, which has bases scattered all over the Gulf and Iraq. In conventional terms, that is true. What Iran has become very good at over decades is blending asymmetric warfare – indirect attack on a stronger adversary with the use of steadily improving technology such as its impressive missile program.

Iran excels at using tools such as cyberwarfare and naval harassment. What it lacks in equipment or training, Iran has in the sheer numbers of forces it can deploy. For example, Iran has more enlisted forces, including the Islamic Revolutionary Guard Corps (IRGC) and the Artesh (Iranian Army), than all of the Arab Gulf states put together.

One critical facet of Iran’s asymmetric capabilities is the building up and equipping of regional non-state militias that are more or less aligned with Iran’s goals, especially in Iraq, Syria and Lebanon, as well as further afield in Afghanistan and Yemen.

Soleimani was key in fostering the capabilities of these militias, and retaining their usefulness remains a priority to Iran even after his demise. Working through proxies is valuable because it gives Iran a degree of plausible deniability and distance from their actions. And relying on proxies allows Iran to remain forward-deployed in theaters where it would not otherwise have a military footprint but where it very much wants to see Iranian influence increase.

Another major reason Iran will keep using proxies is because they are cost-effective. Even though estimates put Iranian spending on its proxy wars in the tens of billions, this pales in comparison to state spending on long-term conventional wars. The pressure of sanctions does limit the amount of money Iran has to spend on certain ventures, but it is unlikely that it cuts off activity in proxy war theaters. Proxies are simply too valuable for Iran and cost relatively little compared to the expense of building up conventional military capacity.

However, there are downsides to Iran’s proxy strategy: Iranians burdened with the hardships of sanctions at home resent the money their country sends out to be spent elsewhere. Iran also faces political pushback from civilians in places such as Iraq and Lebanon where nationalist movements are increasingly vocal about their desire to kick out any foreign influence.

Militias allied to Iran also have their own domestic interests and, in some cases, complex political roles that cannot be entirely controlled by Iran.

In terms of command and control, the connection between Iran and Hezbollah in Lebanon is obvious; the ties are both overt and long-standing. Less transparent is the connection between Iran and Yemen’s Houthi rebels, who receive funding, equipment and training from Iran – especially regarding their missile program – but do not have such a tightly knit relationship with Iran as Hezbollah.

Soleimani’s successor, Esmail Ghaani, will no doubt follow in his predecessor’s footsteps in traversing the region to maintain and nurture close relationships with proxy leaderships, but it remains to be seen if he will be as personally effective as the charismatic Soleimani.

Another downside to the strategy is that the more overt Iran has become in using proxies, the harder it is to deny any connection to those proxies or any culpability for any attacks they commit against civilians, US allies or US forces.

The US has made clear it blames Iran for the actions of its proxies. Despite the risk of incurring yet more sanctions or targeted strikes by America, Iran appears increasingly willing to flaunt its ties to certain proxies. At a press conference in the wake of the Soleimani killing, the flags of numerous militia forces were on display. They included some with which Iran has denied any connection in the past.

Ultimately, the value of using proxies outweighs the costs. And even though one of the most intense episodes of US-Iran tension has abated, and Iran’s longtime strategic warfare planner is gone, Tehran will continue to use its allied proxies in pursuit of its long-term goals. Iran is playing a long game to build influence in the region, to erode America’s presence there and to preserve its own survival. And that is why Iran needs its regional allies.

Emily Hawthorne is a Middle East and North Africa analyst at Stratfor, a geopolitical intelligence platform based in Austin, Texas, monitoring political, business and security developments across the region.