Iran’s Minorities Could Do With Some Champions Abroad 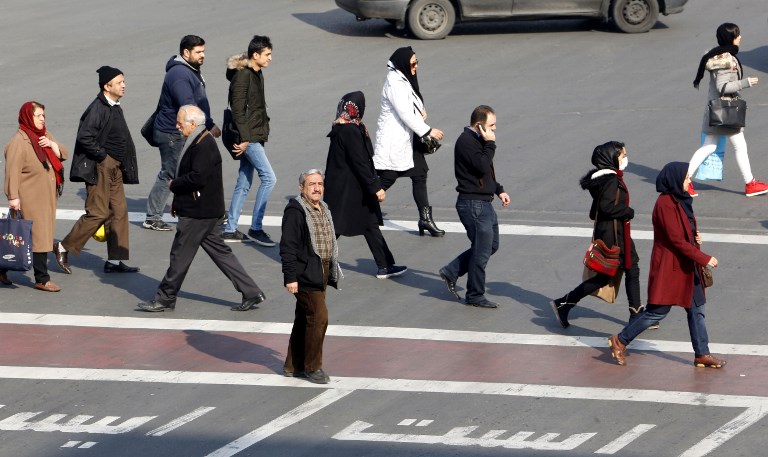 Of the 29 articles in the final statement of the recent Arab League summit in Saudi Arabia, none expressed support toward the Arabs living on the Iranian side of the Arabian Gulf, despite recent incidents that show how they are being squeezed by the regime. It is, of course, highly distasteful to have to speak in terms of race, ethnicity and sectarian divisions, but that is the unavoidable tone of politics in Iran. Tehran exploits all this in the furtherance of its regional ambitions that, in the case of Arab residents within its borders has resulted in Amnesty International’s cataloging of infringements of those rights they share with all humanity; that is to say, their very human rights. Indeed, recent Iranian politics is a sad history of repression against minorities of all stripes living on the northern shores of the Gulf. While some might argue that the Arab League refrained from mentioning the plight of Iran’s Arabs out of respect to national sovereignty, article 23 of the statement denounced human-rights violations of the government of Myanmar against the country’s Muslim minority, showing that the league could have expressed similar support toward oppressed communities – of Arabic and other descent – much closer to home. This was a missed opportunity.

According to Amnesty International, Iran’s ethnic minorities, including Arabs, Azerbaijani Turks, Baluchis, Kurds and Turkmen, “have remained subject to entrenched discrimination, curtailing their access to education, employment, adequate housing and political office.” The Persian, or Farsi, language “remained the sole medium of instruction during primary and secondary education, contributing to higher drop-out rates in minority-populated areas.” In its 2017-2018 report, the organization wrote that members “of minorities who spoke out against violations of their rights faced arbitrary arrest, torture and other ill-treatment, grossly unfair trials, imprisonment and the death penalty.”

In a most recent example, Iran’s state TV failed to mention Arabs as one of the country’s minorities in a children’s program. And when the Arabs of Ahwaz, in the southwest, protested the “Iranian authority’s marginalization of Arab origins and its efforts to erase their Arab identity,” according to the group Iran Human Rights Monitor, security forces detained 140 protesters. The rights group also claimed that “over the past decade, Ahwaz has witnessed growth in non-Arab migration into their residential areas with government support, [with] the aim of disrupting the demographic composition.”

In the northeast, Iranian Kurds found themselves taking to the streets between December 28 and January 7 to protest against the government, denouncing its policy of “corruption, repression, and martial law,” according to the Washington Kurdish Institute.

Despite the official narrative about a monolithic and ancient civilization, Iran is all but homogenous. It is, under the mullahs, a vast country that is stitched together with myths that alternate between nationalism and religion, with Tehran using either or both to serve the repressive purposes of its government. Iran’s duplicity between nationalism and religion has also been applied to its foreign policy. Azerbaijan has an overwhelmingly Shia population, yet Tehran — the self-proclaimed leader of the world’s Shia — has allied with Christian Armenia against the ethnically Turkish Azeris. In Iraq, however, Iran behaves as the leader of the Shia, pitting the country’s Shia Arabs against Sunni Arabs.

Swinging between Persian nationalism and international Shiism, Iran has bullied communities here, there and everywhere as it seeks to enforce a hegemony. It has insisted on the name “Persian Gulf,” for instance, for the body of water where Arabs form a majority of those who live on its shoreline and islands. On more than one occasion, Iranian Foreign Minister Javad Zarif has called for the expansion of the concept of the Persian Gulf to include the Red Sea, and especially to count Yemen on its littoral – the country where Iran has been actively funding, arming and training militias that have undermined local sovereignty and stability. More successfully, Iran launched an international PR campaign that has secured the use in international circles of the name Persian Gulf. Though semantics may be a poor excuse, Tehran nevertheless has cited the common use of this name as an alibi for its expansion and dominance.

Good relations between neighbors are built on mutual respect of each other’s sovereignty. Iran, however, has used national chauvinism to repress ethnic minorities at home, and has deployed world Shiism to agitate communities in countries throughout the Middle East. As long as Tehran fails to observe international rules and norms, there is no reason why its neighbors — most of whom came together in Saudi Arabia for the Arab League summit — should respect Iranian sovereignty and not express solidarity with Iran’s oppressed minorities, Arab as well as those of other ethnic stock. For perhaps nowhere is Iran’s ambition for regional prowess felt more keenly than at home, where the suppression of rights for minorities is part of its revisionist rewriting of history. Minorities in Iran, after all, have no place to turn to. They could do with some champions abroad.