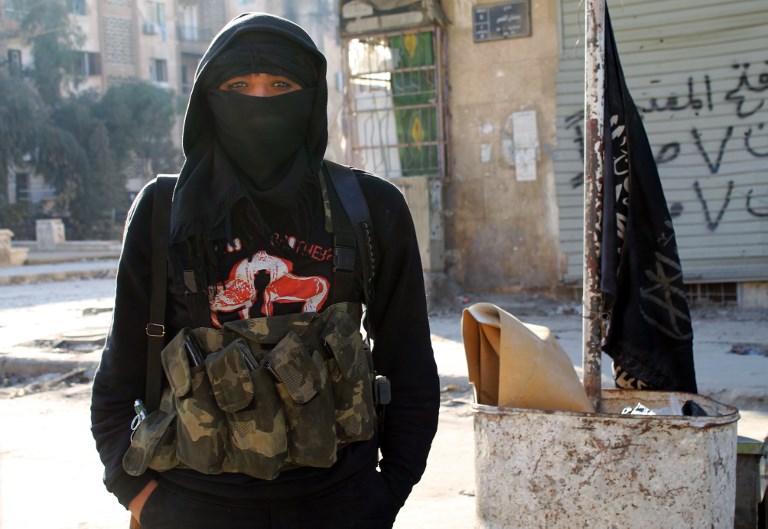 The recent surge in ISIS attacks in Syria clearly indicates the group’s ability to return, in some form, to some of its former territories. Most recent assaults have focused on previous strongholds in the governorates of Deir ez-Zor and Homs, particularly in the eastern cities of Mayadin and Al Bukamal in the former and Al Sukhnah in the latter. Other operations, however, have taken place in areas of northwestern Syria that were recaptured from ISIS as early as 2014. The group has never been totally quiescent in the area, having been long suspected of carrying out assassinations in Idlib, but the recent attacks have involved execution-style murders with signs marked on the corpses to claim responsibility.

Both foreign and Syrian analysts’ warnings of a resurgent ISIS now seem vindicated. It is not clear what the group’s comeback will eventually look like, but the main causes are not difficult to detect – and they suggest a far more tenacious presence than was expected after its recent battlefield losses.

ISIS had prepared for territorial losses in Syria since its defeat appeared inevitable in 2015.  But its resilience dates back to its near-destruction in Iraq 10 years ago. Building on that experience, the group decentralized its structure and adapted its tactics, including relocating experienced commanders to safer locations and preparing secret operations bases and weapons caches, particularly in the eastern desert. The only thing left was for ISIS to wait until circumstances became more favorable to rise again.

And ISIS may have already put its revival plan, or at least part of it, in motion. The group has been using its propaganda machine to send reactivation instructions to affiliates who have been keeping a low profile. Its weekly newsletter Al Naba has been the main platform to remobilize sleeper cells and provide them with guidance to regroup and to carry out guerrilla operations, including assassinations and ambushes.

ISIS has also changed its tactics to reduce its clearest battlefield vulnerability – the US-led coalition’s air power. The coalition has largely depended on air strikes to pound ISIS factions before and during ground operations. As a result of the loss of urban territory that provided a measure of protection from air attacks, ISIS has been setting up secret camps, underground facilities and a network of tunnels in the Syrian desert to counter bombing operations. Those subterranean structures are giving it easy and discreet access to nearby targets, including checkpoints, military bases and towns.

The group has also been able to adapt its economic model to its new circumstances. Its finances were largely focused on generating revenue in territories it controlled through taxes and oil production, among other proto-state sources, which became easy targets for its opponents. It has since adapted to create seemingly legitimate businesses, in real-estate development and trading, and even in the food-and-beverage sector, in cooperation with profit-driven third parties.

The new businesses, run by proxies, are helping ISIS to circumvent counterterrorism laws and maintain cash liquidity in a war economy. Those revenue streams are also augmented by inflows via informal financial systems such as hawala, which allows for financial exchanges that do not involve electronic transfers, but instead are based on relationships of trust between money traders in different locations.

The various anti-ISIS campaigns, led by the US, Turkey and Russia, have helped to push the group out of its former territories, but they have also created power struggles that in turn divert attention from their original goal. For example, Turkey’s attack against Kurdish forces in Afrin earlier this year resulted in suspending the US-led fight against ISIS and allowing it to reorganize.

The power and security vacuum caused by the lack of coordination provides fertile ground for ISIS cells to spread their roots back into urban areas. This is especially relevant in regime-controlled areas in Deir ez-Zor, which contain official forces as well as Iranian-backed militias. Likewise, rebel areas in northern Syria are controlled by various parties, with fractious areas providing safe havens from which ISIS can carry out attacks. The competing race to capture ISIS territory in eastern Syria also led some parties, notably the Syrian regime, to recklessly capture areas without properly securing them. This has left ISIS affiliates able to take advantage of fragile security conditions and operate even within supposedly regime-controlled areas.

It unlikely that ISIS’s increased number of attacks and its attempts to revitalize its sleeper cells will lead to the restoration of its former capabilities. Nonetheless, leaving unaddressed the factors that allowed ISIS to reorganize itself will probably enable the group to continue to perpetrate violence for a long time to come.

The history of ISIS’s previous revival in Iraq should serve as a warning that the group’s existence in its current form, as an insurgency rather than a self-declared state, could lead to worse things to come.