Israel’s Pivot to Asia: Will it Affect US-Israeli relations? 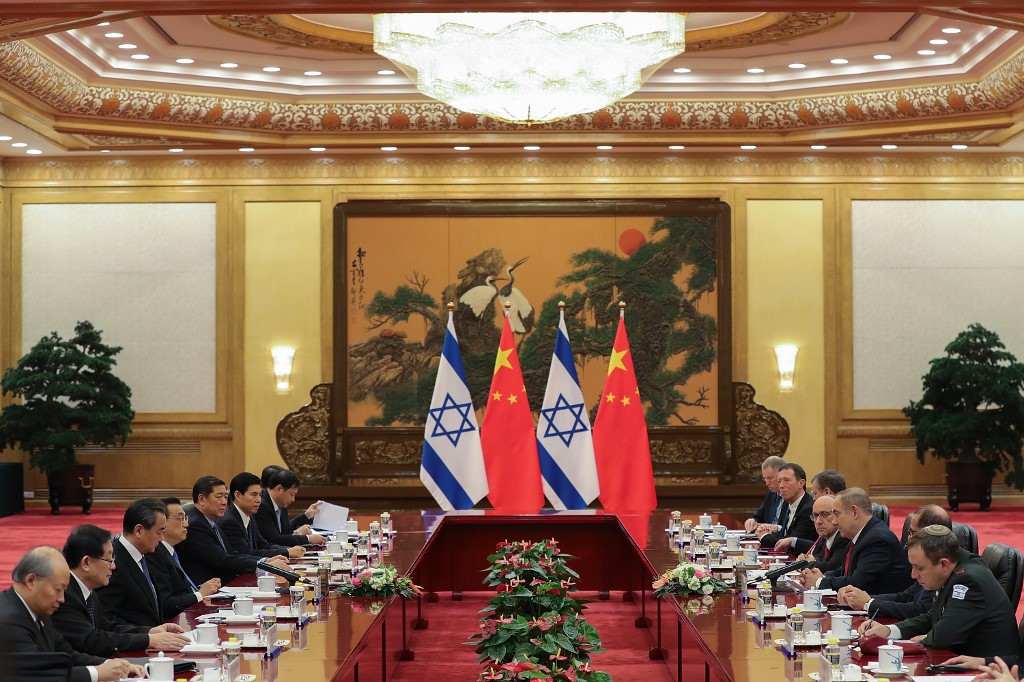 The conventional truth that US-Israeli relations are solid, sustainable and largely impervious to American partisan differences is mostly correct. But it’s worth considering whether some important shifts in Israeli foreign-policy priorities will have an impact on the bonds between Tel Aviv and Washington. Over time, Israel’s leaders may find ties to major Asian countries at least of equal value and at most an acceptable alternative to its long-standing Western orientation.

During a visit to Singapore two years ago, Israeli Prime Minister Benjamin Netanyahu announced a “pivot to Asia,” an amusing echo of the Obama era pivot that was much maligned and misunderstood. (It was criticized as proof that the Middle East would be abandoned, and for appearing to focus  more on military cooperation with Asian countries wary of China, rather than a more three-dimensional engagement with the rising powers of the east.) For Israel, the announcement was a rhetorical flourish for a reality that had been evolving over many years.

From its early days as an independent state, Israel has courted those members of the UN that might be willing to provide political recognition. The Philippines and Burma (today’s Myanmar) were the only Asian nations to provide support in 1947 and 1948, voting for the partition resolution and for the admittance of Israel as a UN member, respectively. Burma’s leader, U Nu, was the first foreign leader to visit the state. In the 1950s, Israel helped Singapore develop its security sector, and relations have remained strong over the years, often out of the limelight, due to sensitivities about offending Singapore’s large, Muslim-majority neighbor, Malaysia.

India and China, the two Asian powerhouses of today, established discreet relations with Israel in 1950, but it took 40 years to establish full diplomatic relations. Trade was modest in the early years, in the tens of millions of dollars, but today, China is Israel’s second most important trading partner, with over $17 billion in two-way trade in 2017, and around $5 billion with India. (The US-Israel trade volume, by comparison, was about $35 billion in 2017 and 2018.)

Israel is now a member of the Asian Infrastructure Investment Bank, and China has begun to think of its strategic location as part of the massive Belt and Road initiative.

In other measures of soft power, Israeli-China and Israeli-India relations are developing depth. There are two Confucius Institutes in Israel, based in the two major universities in Tel Aviv and Jerusalem. An Israeli NGO, the Israel Asia Center, is committed to building ties among emerging leaders from China, Taiwan, South Korea and India. Tourist travel from Asia is growing annually by double-digits, and the Israeli tourism industry plans expanded hotel capacity to accommodate an anticipated growth in travel from newly mobile Chinese citizens.

Economic relations in a global marketplace may not be the most important metric of power and influence. One could argue that all these examples simply show the power of mutual economic benefit. Israelis are pragmatic, and their location between Europe and Asia provides a distinct opportunity to sustain their economic success by expanding to new markets.

But with the rising Asian powers, it’s worth keeping in mind that the scale of economic interaction can lead to interdependence in some sectors, and that takes on larger political and security dimensions. For now, nearly all analysts would insist that there is no substitute for the security partnership with the US; Israel has been able to develop its high-tech defense sector and its civilian economy, and avoid painful compromises with the Palestinians, due to American political protection and support.

And in the past, when forced to choose between meeting US expectations or working with new Asian business partners, Israel has accepted the primacy of its ties to Washington. In the late 1990s and again in 2005, Israel had to publicly rescind lucrative transactions with China when the US objected to the technology transfer of airborne radar systems and unmanned aerial vehicles.

Even now, as trade in defense goods forms a significant part of Israeli exports to India and to China, those transactions are still fraught with political considerations. Israel is wary of China’s defense trade with Iran, and China is unhappy with Israel’s important investments in India’s defense sector, estimated at about $600 million in one recent annual count. So one cannot make the case that Israel has deep relationships of trust with the Asian powers, comparable to its decades of strategic cooperation with Washington.

However, it’s still worth opening our minds to the potential shift. Trade in the billions of dollars takes on political value for politicians and industry leaders. They begin to have a vested interest in keeping those relationships steady. Should US-China relations move in a more adversarial direction, Israel may be faced with some difficult tradeoffs. The dilemmas will sharpen if a post-Trump administration walks back the over-the-top embrace of hardline Israeli positions, creating friction in that key relationship. And rising anti-Semitism in many Western countries will erode Israelis’ trust in the West.

It’s not self-evident that the Israeli pivot to Asia will harm Israel’s traditional foreign policy, but it might.