Lack of Generosity by Wealthy Nations Will Keep Covid-19 Alive 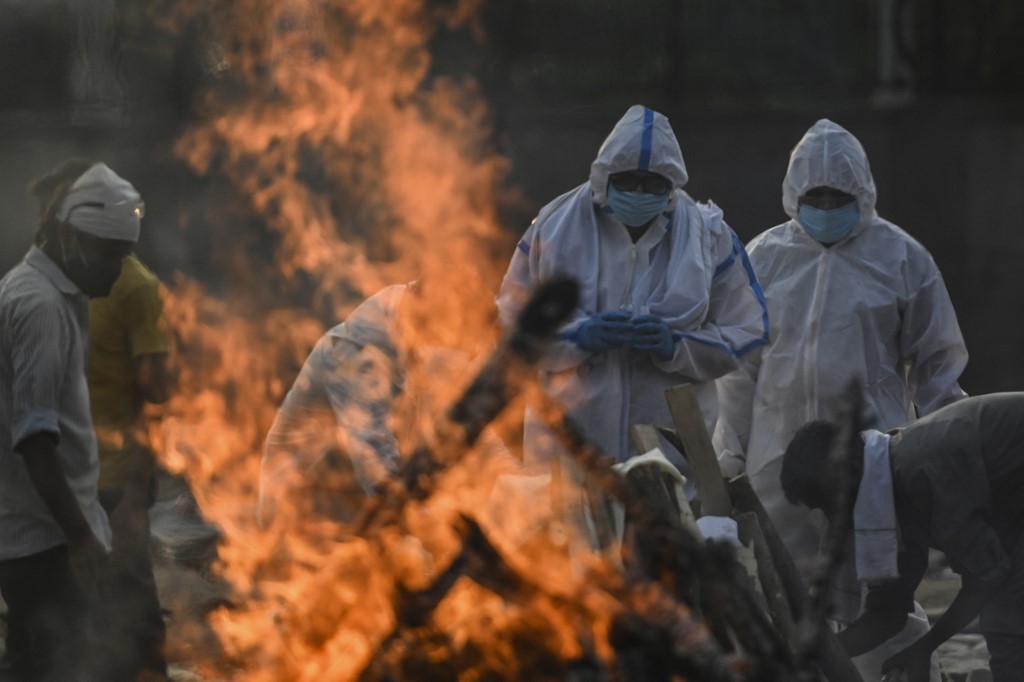 In early May, the UK and India signed the Migration and Mobility Partnership, an agreement that will make it easier for their young citizens to study, work and live in each other’s country for up to two years. Realistically, most of the traffic will be one way, which makes the partnership look like a generous move by the British. In fact, it is steeped in self-interest. It will be Britain that reaps the benefits of attracting India’s best and brightest, firstly in fat education fees and later in the taxes those highly-qualified, high-earning professionals will pay as they decided to stay on in the UK.

In the same week, India passed a grim milestone: 20 million cases of Covid-19 and almost a quarter of a million deaths. According to one expert calculation, India needs up to 250 million doses of vaccine per month to bring the pandemic under control. It currently has no more than 80 million, even though India is home to the world’s largest manufacturer of vaccines.

Certainly, the Indian government is not blameless. Poor planning, the failure not only to anticipate the current second wave of the virus but also to encourage it by allowing large political rallies and religious gatherings to go ahead have all brought the country to this catastrophe. Now, as suffering victims queue helplessly outside overwhelmed hospitals, the government’s decision to obey the letter of international contract law and allow vast quantities of vaccine to leave the country looks questionable, to say the least.

But what India and so many other countries need now is generous help from those nations that are sitting on stockpiles of vaccines for which they have no immediate need, like Britain, for example, which has more than 100 million doses in stock – not because it needs them for administering first or even second jabs, but simply in case booster shots become necessary at some point.

Despite the assurance from health secretary Matt Hancock that the UK would “stand side by side” with India in its “harrowing” hour of need, it has been clear that any assistance will not go beyond the few surplus ventilators and oxygen cylinders that have been sent out. As for vaccines, Britain has not sent a single dose to India. On that score, said Hancock, Britain has already done its bit by providing the technology and expertise that developed the AstraZeneca vaccine. Against that reality, his reassurances of support sound hollow indeed.

Of course, Britain is not the only country talking the talk but not walking the walk. Despite all efforts by the World Health Organization to get the world’s wealthy nations to collaborate on vaccinating everyone, rather than just their own people, the imbalance between the vaccine haves and have-nots is as striking as it is distasteful. As the world’s vaccinated wealthier populations begin socializing and planning summer holidays again, the number of new infections around the world has hit a record high, more than doubling since the beginning of March. On May 6 the WHO recorded 846,537 new cases – almost half of them in India. Few, surely, could disagree with Dr Maria Van Kerkhove, the WHO’s Covid-19 technical lead, who last week described the hoarding of vaccine doses by wealthy countries as a “moral outrage.”

Hopes were raised last week when the US announced it would back a World Trade Organization initiative to temporarily lift patent protections for coronavirus vaccines in a bid to increase global production. But the move requires a WTO consensus and on May 6, Germany became the first country to oppose it, which means it is now unlikely to happen.

However, as the WHO continues to state repeatedly, none of us is safe until all of us are safe. As countries begin to reopen, aircraft will return to the skies again in large, uncontrollable numbers. The coronavirus will once again be free to conquer the world, just as it did in March 2020, thanks to the fateful delay in restricting air travel and tightening up border controls.

Thanks to India’s hopelessly inadequate vaccination program, a novel strain may be brewing there even now, ready to find its way to Britain via an asymptomatic student taking advantage of the Migration and Mobility partnership to study in the UK.

And If it does, Britain may yet come to regret its shortsighted lack of generosity and learn, in the harshest way, that, in the modern, interconnected world, isolationism is impossible and true safety can be found only in international collaboration.