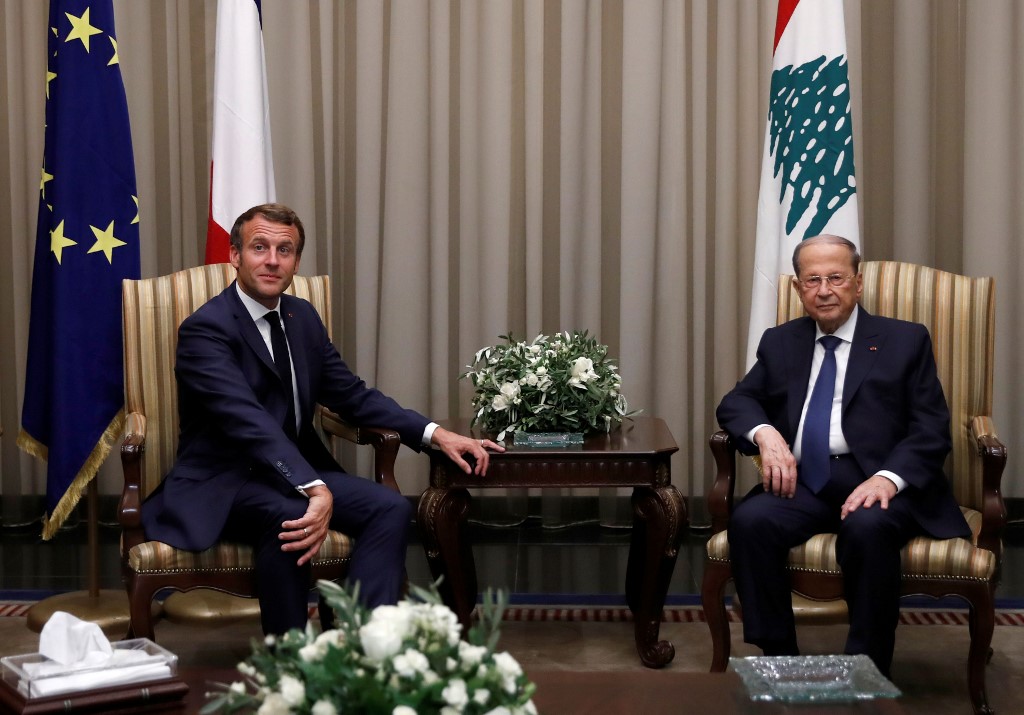 For a country that the much-loved singer Fairuz once called “the land of festivals,” it was hardly a fitting way to celebrate turning 100. A last-minute scrabble for a prime minister to lead technocratic reform, nine months after scrabbling for the last one. A celebration of a centenary of sovereignty whose centerpiece was the heraldic arrival of the president of the former colonial power. And worst of all, the belief that the new prime minister would be able to succeed where his predecessor failed, despite literally nothing having changed in the past four weeks.

Lebanon has a new prime minister, but an old problem. The Beirut port blast on August 4 brought down the government of Hassan Diab; this week, his replacement was appointed, the former ambassador to Germany, Mustapha Adib.

His appointment, however, solves nothing, but not because Adib is the wrong man for the job. It is because the fixation with changing the government as a response to any crisis in Lebanon ultimately is what perpetuates the long-term crisis of legitimacy.

This is Lebanon’s “anagram problem.” This week, Diab was replaced by Adib, two prime ministers whose surnames are anagrams of each other. A mere rearrangement of letters. That is a powerful metaphor for the state of Lebanon’s politics.

The Lebanese political system is treated by both insiders and outsiders as a normal, or semi-normal, democratic system. But it is not. In democratic systems, elections can sweep away the old guard and bring in people with different ideas. But the Lebanese system cannot do that. The structure of it ensures that periodic crises merely alter the players in the system; the system itself remains the same.

That is why, far from being a concerned outsider, French President Emmanuel Macron, who landed in Beirut on Monday night, is complicit in the game of musical chairs that Lebanon’s political elite are playing. By seeking to have the government changed after the port blast, he was actually perpetuating a failing model, giving credence to the idea that a new prime minister can actually reform the system. Macron said he wanted to ensure this new government “will implement the necessary reforms.” Yet, what has substantially changed with the appointment of Adib?

Take, as an example, negotiations over loans with the International Monetary Fund, something that Lebanon desperately needs to pull it out of the current economic crisis. On Monday, Adib said agreeing a loan was a personal priority. But negotiations have been going on for months, with one of the principle points of contention being how much of Lebanon’s vast public debt needs to be written off, with a proportionate loss to banks and shareholders. Unsurprisingly, given the close relationship between politicians and bankers, an agreement remains out of reach.

In the days before the Beirut port blast, Diab was negotiating these points. Now, Adib has promised a new round of negotiations. But what has changed in four weeks that could offer the opportunity of a breakthrough? The close relationship between politics and finance remains. The disbursement of largesse to particular communities by politicians continues. The parliament and the government can’t even agree on the exchange rate.

Even the way Adib was nominated remained unchanged, although pressure from Macron truncated the timeline slightly. But in the end, the Shia group Hezbollah put forward a nomination, the Sunni politician Saad Hariri agreed and the Christian president, Michel Aoun, designated the successor: the exact process, in the exact order, by the exact same people as happened in December. Plus ça change, as Macron might have muttered.

Lebanon’s politicians, of course, understand this perfectly. The performance of regular sweeping gestures has become routine. Even Hezbollah, a party that has repeatedly denounced external interference in Lebanon, has joined in this charade. Its leader, Hassan Nasrallah, last week explicitly endorsed Macron’s call for a new political contract, saying he was open to reforms “of the widest extent.”

Nasrallah knows, as does Macron, as does every politician donning a face-mask to greet the French leader, that nothing will change; nothing can change. Indeed, there is perhaps the merest shred of honesty from the Hezbollah leader, because widespread reform would most benefit his group and Lebanon’s Shia community and be to the detriment of the elites backed by Macron.

Macron’s arrival on the anniversary of the birth of Greater Lebanon was not to push for change, but to agitate for the status quo, to slap a Western imprimatur on Lebanon’s latest anagrammatic reshuffle.

As with the declaration of the Greater Lebanon state a hundred years ago – by a French general, from the French High Commissioner’s residence – the suggestion of widespread change will turn out to be an illusion. Within the system, there are only so many ways the letters can be shuffled. The more things change in Lebanon, the more they stay the same.