How Lithium Can Power an Industrial Revolution for Africa 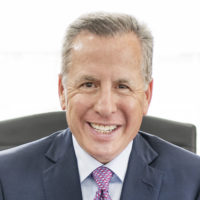 The green-energy revolution offers a chance for Africa to transform its future. The continent is blessed with an abundance of minerals, and one of these is lithium, an essential component in making batteries for use in electric-powered vehicles and for energy storage. Lithium offers African nations an opportunity to develop their economies for the 21st century. To achieve this, they must become more than suppliers of raw materials; they must become manufacturers and claim a share of what is a multibillion-dollar industry. As Hadley Natus, chairman of the board of the mining and exploration company, Tantalex Resources Corp, puts it: “Africa needs to become the ‘go to’ continent rather than the ‘take from’ continent.”

Africa contains approximately 30 percent of the world’s mineral reserves, but for far too long those valuable raw materials have been exported to other countries. For the countries receiving Africa’s minerals, it’s called “value-addition”; for Africa, it has become a trap.

The move toward green power for utilities and car production around the world has led to a massive increase in demand for lithium-ion batteries. In this latest industrial revolution, lithium is absolutely indispensable; as a natural resource, lithium is as “hot” as it gets.

Zimbabwe and the Democratic Republic of Congo are two of the top 10 countries in the world for lithium reserves. In Zimbabwe, a single mine – the Bikita – holds more than 11 million tonnes of lithium ore.

Ampersand, a Rwandan start-up that claims to be the first electric motorbike company in Africa, secured $3.5 million from the San Francisco-based venture capitalists, Ecosystem Integrity Fund. The company intends to use the funding to grow its network of bike and battery-swap stations in Rwanda and to expand beyond its borders. Motorbike taxis are an important part of the public transit system, as well as providing employment. Ampersand has set itself the impressive target of making all of East Africa’s motorbike taxis electric by 2030.

The importance of lithium – sometimes called “white gold” or “the new oil” – to Africa’s development cannot be overstated. Lithium-ion batteries are the dominant component in storage technology due to their high-energy density and they are used increasingly in the power and transport industries.

Of course, establishing any industry takes investment. But the practical arguments are on Africa’s side. Battery production requires lithium hydroxide and most of the world’s conversion plants are in China or Southeast Asia. To build one in Africa would cost around $300 million and would offer advantages both in terms of cost and logistics.

The indications are that the willingness to invest in battery production is there. Northvolt, a Swedish battery developer and manufacturer specializing in lithium-ion technology for electric vehicles, raised $1 billion for a factory in Sweden and earlier this month announced a deal to supply battery systems for the electrification of construction equipment for the Dutch multinational, Pon Equipment. Tesla and Toyota are both investing in battery production. Why not also Africa?

As to where in Africa a battery production plant might be located, logistical considerations and a well-educated workforce point to Zimbabwe as a natural choice. Trade barriers between countries within Africa will have to be removed but this is already happening through the African Continental Free Trade Agreement among 54 of the 55 nations in the African Union.

But as well as investment, establishing an industry takes vision. The world’s growing desire and need for green energy offer a chance to correct that, to enable Africa to take advantage of the full value chain of its resources and create a model that will be admired and emulated by the whole world.

It could be a chance to write a new history of Africa – battery-powered.

Marc Holtzman is chairman of CBZ Holdings, a former vice chairman of Barclays and a previous president of the University of Denver.