Maybe, Just Maybe, the Death of Little Alan Kurdi Saved Others from the Same Fate 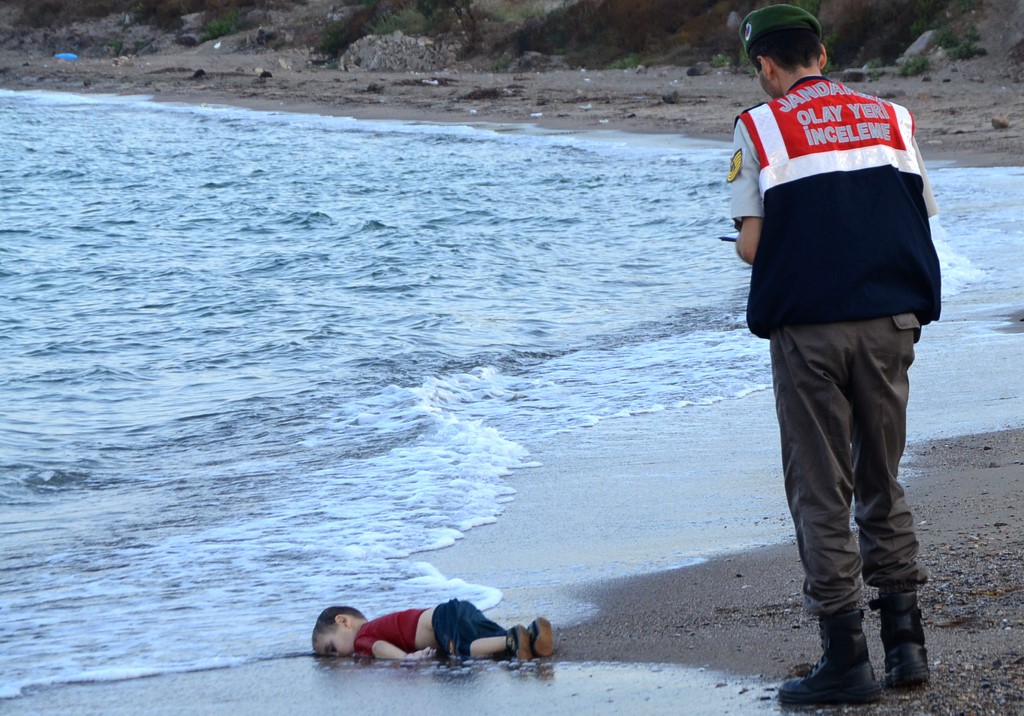 If three-year-old Syrian refugee Alan Kurdi had survived his family’s desperate attempt to join relatives in Canada in 2015, he, along with thousands of other schoolchildren in Vancouver, would this week be looking forward to returning to school for the first time since the coronavirus disrupted life around the world. Elementary school students in Toronto, where Alan’s father Abdullah had hoped to join his sister, return for their first full day of school on September 11.

Today, after five years of Canadian schooling, eight-year-old third-grader Alan would doubtless be speaking, reading and writing good English. Almost certainly his life prospects would have been far brighter than if he had remained in Turkey or Syria. Instead, his prospects ended on Ali Hoca beach in Bodrum, Turkey.

Alan and his five-year-old brother Galib, along with their mother Rehana, died five years ago, on September 2, 2015, when the small dinghy in which they were hoping to make the short but perilous crossing from Turkey to the Greek island of Kos capsized in rough seas. Only the boys’ father, Abdullah, survived. Today he lives in Irbil, northern Iraq, with his new wife and young son, whom he has named Alan in memory of his lost child.

In Western media, the deaths of many other refugee children and adults in the year that Alan died had passed largely unnoticed. Indeed, others had drowned on the very same night and in the same place as Alan, as attested by a heartrending collection of baby’s nappies and small socks and shoes trapped in the rocks near where his body was found. It was, however, only the photograph of Alan’s drowned little body, face down in the sand at the water’s edge, that stunned the world and – briefly, at least – appeared to soften attitudes toward refugees in Europe.

Since then, attitudes have hardened again. But Alan’s legacy may be far more quantifiable, and far less vague, than a general sense that his death possibly affected public opinion in Europe for a short while.

Up to the end of August, more than 43,000 refugees had successfully crossed the Mediterranean this year from North Africa or Turkey, landing mainly in Spain, Italy and Greece. Almost 12,000 of them followed in Alan Kurdi’s wake, making the crossing to the Greek islands from Turkey. So far this year 440 have, like Alan, drowned in the attempt, their deaths passing largely unnoticed in Europe.

Last year, 124,000 refugees reached Europe. By the end of August this year, another 48,233 had followed them. Only a few thousand had made the journey over land. In other words, with only four months of this year remaining and with the worsening sea conditions of winter looming, the total number of Europe-bound refugees in 2020 could be as low as 70,000 – a 43 percent decrease over last year and only 7 percent of the number who crossed in 2015.

Of course, many things have contributed to the decrease in the flow of refugees. The civil war in Syria, which forced Alan Kurdi and his family and millions more to flee to Turkey, may not be completely over but it is grinding toward a conclusion, with a level of stability not seen for the best part of a decade in many areas of the country.

ISIS, another factor in the Kurdi family’s decision to flee, has been vanquished, ending its reign of terror across the region. Camps in Iraq still hold some 300,000 people, according to the UN’s refugee agency, UNHCR, but since 2015 more than two million displaced people have been able to return home.

Deals to keep refugees out of Europe – essentially cash bribes offered by the EU in 2016 to states including Turkey and Libya – have also doubtless helped to reduce the numbers attempting the crossing. Likewise, increasing hostility in the policies of southern European states and the politicization of the refugee issue across Europe have certainly done their bit to dissuade significant numbers from gambling with their lives and those of their loved ones.

But what of the poignant death of Alan Kurdi? What part might that heartbreaking image of the lifeless little boy have played in stemming the tide of refugees?

Captured by a passing photographer and disseminated through virtually every news outlet on the planet, there were surely very few, even among the widely scattered community of refugees, who remained unaware of, and untouched by, his fate. How many fathers or mothers, who were desperately contemplating whether to bundle their own children into a possibly unseaworthy boat, pictured their own child face down in the sand and abandoned the idea?

It is, perhaps, sentimental to look for meaning in the death of a three-year-old child, the helpless victim of the grinding wheels of geopolitics. The only fitting alternative ending to the Alan Kurdi story would be the one that sees him picking up his school bag and skipping happily toward his new term and a reunion with his newfound Canadian friends.

That, of course, is a fantasy.

But it is, surely, not too fanciful to suggest that if the widespread publicity that attended Alan Kurdi’s death prevented the loss of even one other young life, then his death was not entirely in vain.