Mismanaged Expectations at Iraq Donor Meeting Cause Infrastructure to Lose Out 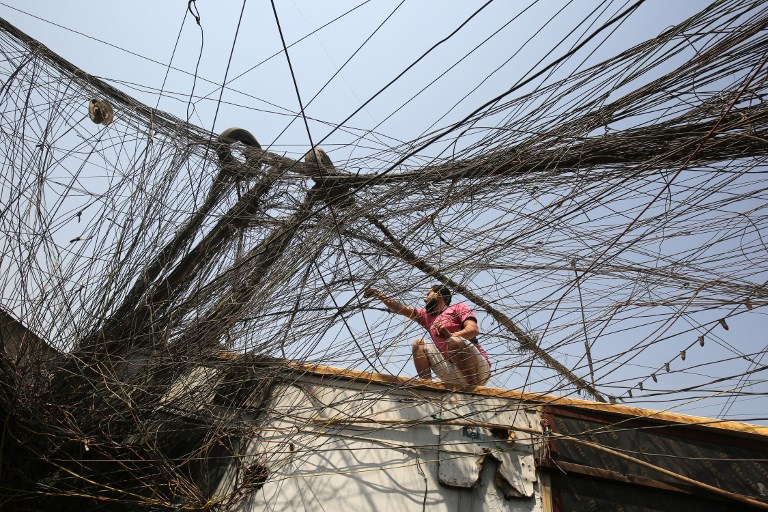 Ahead of the international donor conference for Iraq, anonymous sources within US officialdom told reporters that America would not be committing any funds, even though Secretary of State Rex Tillerson was scheduled to put in a 15-minute cameo at the event in Kuwait. Then, on the first day, President Donald Trump tweeted: “This will be a big week for Infrastructure. After so stupidly spending $7 trillion in the Middle East, it is now time to start investing in OUR Country!” One wonders whether this outburst was connected to pleas by Tillerson that America needed to lead with its pocketbook. For without US leadership, Gulf countries, namely Saudi Arabia and the UAE, might have concluded that this issue was not a priority for the administration, thus relieving them of the expectation that they would pay to put back together the areas of Sunni-Arab Iraq that had been devastated by the three-year-long ordeal of ISIS rule. But in retrospect, the disappointing result of the conference was as much a case of the mismanagement of expectations by the Iraqis themselves.

Had Gulf countries intended to avoid the onerous bill for rebuilding Iraq – put at an estimated $88 billion by the government – then they were done an immeasurable favor by the Iraqi delegation itself, which failed to prioritize the reconstruction of what ISIS had immiserated. Rather, it focused on a pie-in-sky wish list, such as a $6 billion Baghdad metro. In fact, most of the 212 investment projects showcased by the Iraqis were in areas untouched by jihadi expansion. The conference wrapped up with $1.65 billion pledged in direct donations, another $10 billion earmarked as loan guarantees and $3 billion of export credits for US goods to Iraq. That latter gesture will keep factories humming in Pittsburgh but is unlikely to have much of an impact on keeping restless, unemployed youths in Mosul from turning toward the next iteration of revolution and extremism.

The meagre returns on hype and expectation garnered from the Kuwait conference will have immediate and grave implications for the Iraqi economy, and consequently on Prime Minister Haidar Al Abadi’s political fortunes. For months, the government had drawn up a tentative budget and forecasts based on hopes that Gulf money would cover fiscal shortages. For quite plainly, Iraq cannot by itself afford to fix what this latest war on ISIS had wrought – certainly not without drastic, and politically sensitive, cuts to a bloated public-sector payroll. American pressure, acting in concert with a regional desire to deny ISIS any new economic or political grievances to propel it, together with an ongoing courtship between Baghdad and Riyadh to counteract Iranian influence in Iraq, fed anticipation among Iraqi officials that they would collect as much as $20 billion in cash for immediate relief and reconstruction efforts. That would allow them to fix the estimated 140,000 dwellings damaged or destroyed by fighting across five provinces and that still keep the lives of over two million internal refugees in flux. Not only that, but they were expecting a flashy announcement of a Saudi initiative to write-off loans made during the Iraq-Iran War that are still on the books, impugning Iraq’s credit rating and impeding its ability to borrow on international markets. That too did not happen.

At some point soon before the meeting, however, the Iraqi government realized that easy money was not going to be waiting for them. So, they hastily reconfigured their pitch. Instead of focusing on gathering donations, they decided to showcase investment opportunities across Iraq. But in doing so, they clumsily let the world community off the hook from its moral obligation to reward Iraq for defeating ISIS.

They also inadvertently highlighted the failings of governance that have ailed the new Iraq since 2003. The mummified remains of little girls, with braids in their hair, are still emerging from the wreckage of Old Mosul, five months after the guns turned silent. There are still thousands of “disappeared” Yazidis. Iraqi social media is replete with images of dried-up tributaries of the Tigris River, which are depended on to irrigate land that provide livelihood for hundreds of thousands.

So, was this really the best of times to divert the attention of donors and investors towards a $1.5 billion monorail project or an international airport in Nassiriya? And was Kuwait a proper venue to look for investors willing to offer $6 billion for the grand port of Fao? Such a grandiose facility would compete with Kuwait’s Mubarak Port, newly built across the Khor Al-Zubair waterway from where Fao port is supposed to extend. Kuwait beat Iraq to the punch in putting such a vital element of geostrategic infrastructure in place. Investors who ask why that happened, even though Iraq enjoyed over $100 billion in annual oil windfall over the preceding decade, would stumble on a saga of corruption, inefficiency, red-tape and a lack of vision. Iraq has yet to assertively tackle those challenges.

“It was very sad to see,” an Iraqi businessman said to me of the conference, which he attended. “How many more times will Iraq be in the limelight of international attention? It was a missed opportunity, and it shows how much work still needs to be done before we can even present the rest of the world with a workable plan.”

But that is not stopping Abadi’s advisers from tweeting out misleading numbers that suggest Iraq garnered $22.5 billion in financial commitments and immediate relief. Such spin may be necessary to save face with voters ahead of elections in May. After all, these voters had been told that the donor conference would be a panacea to the country’s woes. But it is unlikely to bring back online the Beiji refinery, once one of the biggest employer in Sunni provinces but which was destroyed by war and looting.

Such is the scope of Iraq’s missed opportunities.