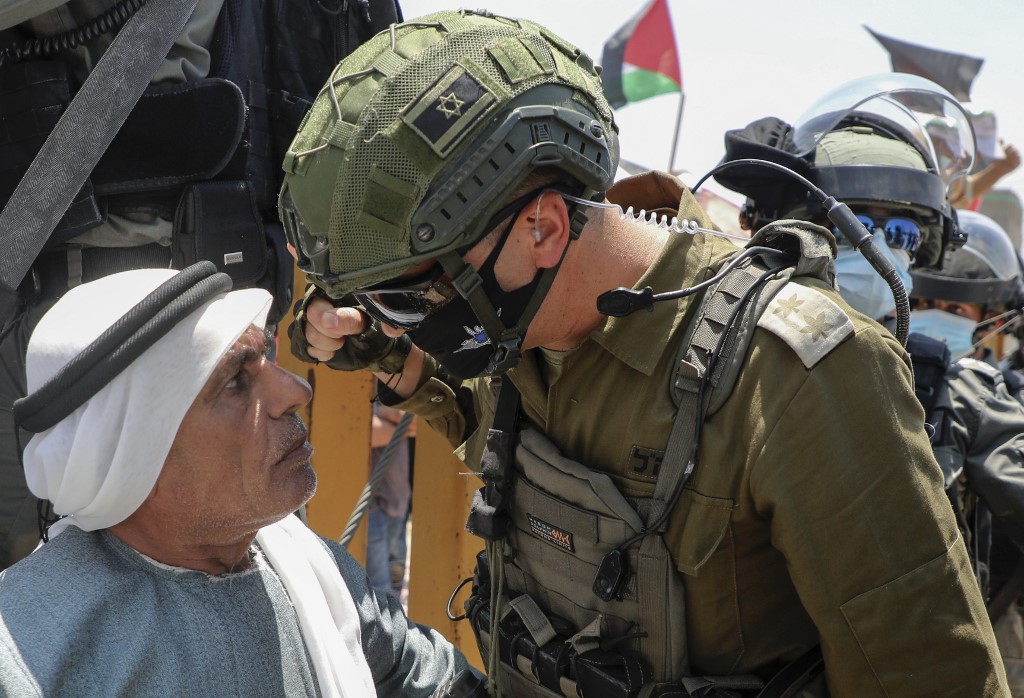 Israel’s influential liberal elite long have argued passionately for a two-state solution to the conflict with Palestinians. But that is changing. Faced with an existential challenge to their understanding of Israel, the gatekeepers of liberal Zionism are beginning to see the writing on the wall. In two new articles, the influential writer, Peter Beinart, rejects the two-state solution and outlines a Jewish case for a one-state option, with equality for both Israelis and Palestinians. While his arguments are not new, they do represent a landmark shift in how the conflict is understood and debated.

The impending annexation of large areas of the West Bank and the legal responsibilities they would place on Israel have hit a nerve with liberal Zionists such as Beinart. Under Israeli Prime Minister Benjamin Netanyahu, the country has essentially shed all pretense of working with the Palestinians toward an equitable solution. The left has disappeared from the Israeli political spectrum to be replaced by an aggressive and jingoistic right-leaning centrist movement that supports a perpetual status quo vis-a-vis the Palestinians.

Borrowing heavily from Palestinian writers, Beinart eloquently articulates the farce of the two-state solution as it currently exists. From continued Israeli settlement-building in the West Bank to the routine deprivation of Palestinian rights, he outlines how unsustainable the current situation is. Addressing the viability of a one-state solution, he demonstrates that the present reality is one state in which one group of people has rights while the other doesn’t. The equitable solution, then, is a single state with a strong constitution that guarantees the same rights for all living under Israeli rule.

What it is particularly striking is that Beinart is repeating every argument Palestinians have been making, loudly and passionately, for years, if not decades. For a writer of Beinart’s stature to expound them in 2020 is remarkable.

In 2010, he published a manifesto in the New York Review of Books called “The Failure of the American Jewish Establishment,” in which he chastised his community for remaining silent on Israeli occupation of Palestinian land. The article elevated Beinart from exalted commentator to the status of high prophet.

Then, as today, Beinart hoped to change the tenor of liberal Zionist discussion and perhaps temper the blind allegiance of the American Jewish community toward Israel. But the shift never happened. Now, 10 years later, Beinart is back with another bold perspective, and this time, it seems, there really is a shift. But why has it taken a decade?

The answer, unsurprisingly, has to do with Zionism. In his new articles, Beinart addresses the issue of statism versus Zionism. He notes that in its early incarnations, Zionism was not committed to forming a state; rather, early Zionists sought a home in the land of Israel with autonomy for Jews. In fact, Zionism was widely rejected by Jewish communities around the world. Yet Zionism is the ideological framework that has guided every Israeli state-building decision, including the largest project in the country’s history: the occupation of the West Bank.

While it might have welcomed varying viewpoints in the past, Zionism today is monolithic, an exclusivist ideology that has no productive place in a democratic Israeli-Palestinian state.

When I reviewed Beinart’s “The Crisis of Zionism,” the book born out of the New York Review of Books article, I wrote: “Perhaps the actual crisis of Zionism is the fact that liberal Zionist writers, who deeply care for Israel, are unable or unwilling to accept that the Israeli-Palestinian conflict is increasingly being defined as a battle over rights and equality between the Jordan River and the Mediterranean Sea.”

That was 10 years ago. If we are to forge a new ideological framework committed to equal rights for both Israelis and Palestinians, Zionism – and any other exclusivist ideology – must be abandoned.

It seems that Beinart, with his newfound support for the one-state solution, is coming round to the view that Zionism has long since served its purpose. We might have to wait another 10 years to read that article, though.