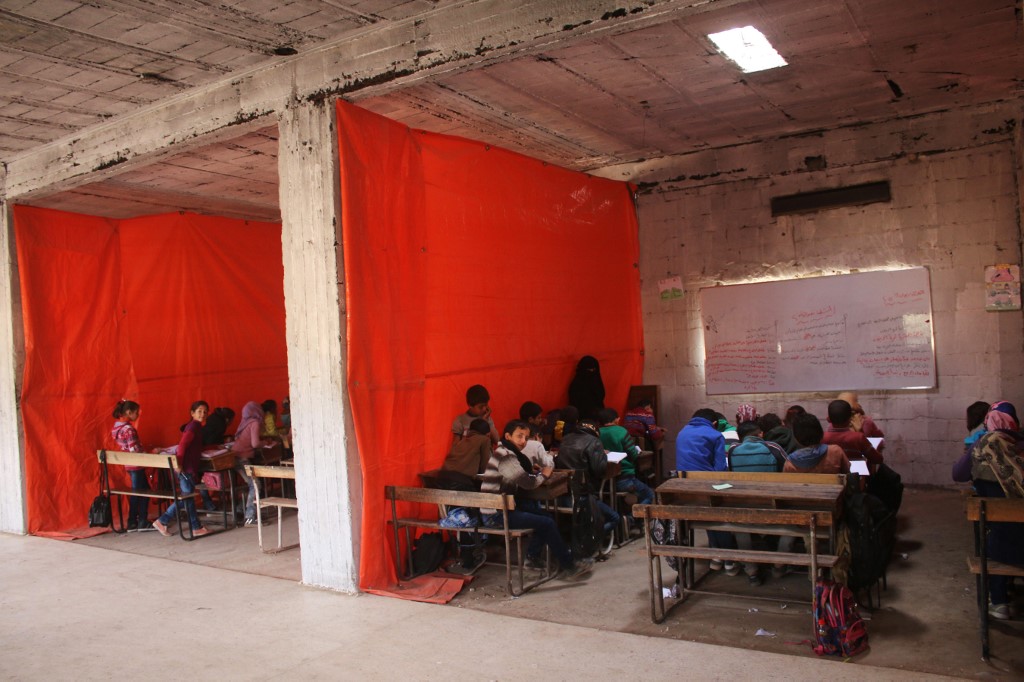 The war in Syria brought work to a halt for many people. But for hundreds of public servants in former rebel-held areas now retaken by the regime, there will be no return. They have been fired for reasons such as “insufficient  loyalty” to simple “failure to report for work.” As for the latter, the restrictions that war imposes on movement and safety are, apparently, no excuse. Nor is the geographical accident of being in the “wrong” place controlled by the “wrong” side.This was not supposed to happen. Under the so-called “reconciliation agreement” – more often referred to as the “surrender deal” – between the regime and the rebels, government workers were assured they would get their jobs back and also be entitled to retroactively claim back pay and benefits that were suspended during the conflict. Whatever the reasons for the mass dismissals, they have left schools, hospitals and other state institutions acutely short-staffed and unable to function properly.With no reliable statistics available, assessing the scale of the problem is almost impossible. The anecdotal evidence, nevertheless, is overwhelming. The first reports emerged last October from Quneitra, which from 2014 had been controlled by a rebel alliance affiliated with the Free Syrian Army. Sources claimed 50 teachers, 40 medical staff and more than 300 civil servants were fired soon after the regime recaptured the province. Around 1,800 teachers and other state employees were reportedly dismissed in southern Homs and hundreds more in Daraa. The majority of them only learned of their dismissal when they were denied permission to return to work and were referred to the intelligence agency in charge of the area.The surrender agreement does not cover every region retaken by the regime. But even in those areas where it does – or should – apply, employees feel they have been targeted for dismissal simply because they live in a place that was under rebel control. Regardless of the many obstacles that might have prevented them from leaving the area, the fact that they had remained in towns or cities under rebel control now makes their loyalty questionable in the eyes of the regime. And while failure to report for work is grounds for dismissal in peacetime, it is surely excusable when there is a raging battle going on in the streets, or if your place of work was under bombardment.Members of the teaching and medical professions have been particularly hard hit because when official institutions suspended activity as government forces retreated, they were eventually obliged to work with rebel governance bodies and service providers in order to keep schools, hospitals and clinics functioning.Now, any government worker accused of having “resisted” the regime is summoned to the security services for questioning. Those deemed “innocent” or who are able to bribe their way out, get their jobs back. Employees also face the possibility of being fined by the same court or being sentenced to as many as three years in prison for “abandoning” their jobs. Dozens of public servants have filed appeals against their dismissal, but it is rare for an appeal to be successful.Mass firings of public servants in former rebel areas not only hurt those directly concerned, but also the wider population. For example, most of the medical facilities in Daraa province are heavily damaged or completely destroyed. This means people must travel long distances to Daraa city or Damascus for medical treatment. But the hospitals and clinics there are already under severe strain because they are short of hundreds of doctors and nurses. And of the 95 schools in Quneitra, for instance, only 30 still operate – but under severe staff shortages after 200 out of 386 teachers were dismissed. Schools now have to rely on under-qualified temporary staff with no experience.With few opportunities and ever-deteriorating economic conditions, those without jobs are forced to rely on financial help from relatives living abroad. Some have joined pro-regime forces simply to survive.

Punitive policies toward the inhabitants of former rebel areas can only bring yet more division, more polarization and more instability for Syria for years to come. The only way to avoid that outcome is to treat civilians according to their merits and not their political affiliation, and to establish fair and effective state institutions that are accountable to their stakeholders – the citizens of Syria. Haid Haid is a research fellow at the International Center for the Study of Radicalization at King’s College London. He is also a consulting research fellow of Chatham House’s Middle East and North Africa program.