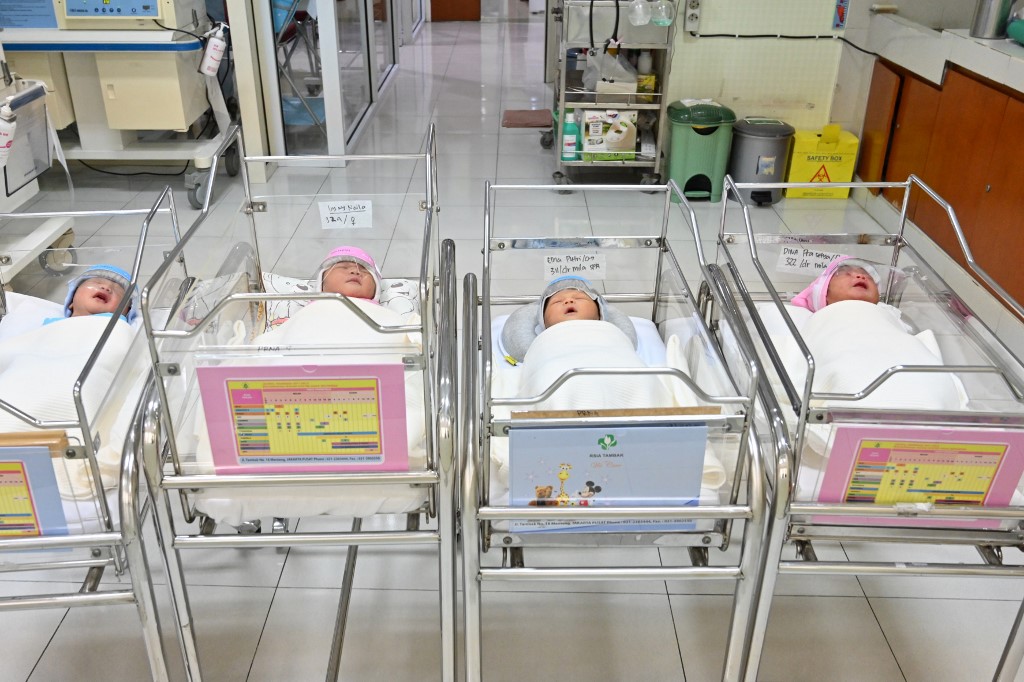 A decade ago, the world was heading supposedly for a catastrophic population explosion with food and water shortages. Instead, now it seems we are in danger of running out of people.

The global population has been climbing steadily since after the Second World War, thanks to improved nutrition and healthcare. In 1950 there were 2.6 billion people. By 1987 this had almost doubled to five billion and by 2010 there were seven billion of us, with a rise to nine billion predicted by 2045 and 11 billion by about 2100.

Now, however, the human race might be facing a different scenario that, in its own way, could be just as challenging. A study funded by the Bill and Melinda Gates Foundation at the Department of Health Metrics Sciences at the University of Washington in Seattle has reached a series of startling conclusions. In a paper published in The Lancet medical journal this month, the researchers state that the global fertility rate is declining so dramatically that it will have a “jaw-dropping” impact on numerous countries.

That sounds like good news, not least because declining fertility rates are chiefly a product of improved opportunities for women, but also because fewer mouths to feed relieves pressure on the environment and the world’s limited resources.

But as the number of young people falls, so the numbers of elderly will increase, from about 140 million over-80-year-olds in 2017 to more than 860 million by end of this century. But with fewer working-age, money-earning, tax-paying people, who will fund the expensive heath care needs of the growing elderly population?

Falling fertility is already a problem in the Gulf states. In 2017 the global fertility rate was 2.37, but in the six GCC states it averaged just 1.84. Qatar, Bahrain and Oman were teetering on the brink of failing to maintain their population numbers but they were already dropping steadily in Saudi Arabia (1.67 births per woman), Kuwait (1.42) and the UAE (1.31). By 2100, the situation in these countries is predicted to be even worse, with fertility rates falling to between 1.32 and 1.39 children in Saudi Arabia and between 1.23 and 1.27 in the UAE.

Such changes in the size and age of populations “might have profound economic, social and geopolitical impacts in many countries,” say the authors of the University of Washington study. They predict that by 2050, 151 nations will not be producing enough babies to sustain their populations. By 2100, it will be 183 nations and the populations of 23 countries, including Japan, Thailand, Spain and the UAE, will have more than halved.

As America and China continue to jostle for economic world domination, the impact of falling birth rates could prove decisive. China’s population is forecast to decline by 48 percent by the end of this century. America’s population is also falling, but the study asserts that the US, along with some countries such as Canada and Australia, will probably maintain its working-age population through migration.

For the Gulf states, there is an additional dilemma. They are working to diversify their economies and at the same time, striving to replace expat workers in key roles with their own citizens. Turning back the clock and reversing the great strides made toward equality for women in the workplace and in society at large is unthinkable. Likewise, any attempt to persuade women to have more children is unlikely to succeed.

For high-income countries with shrinking workforces, the University of Washington researchers see only one clear option: “The optimal strategy for economic growth, fiscal stability, and geopolitical security is liberal immigration with effective assimilation into these societies.”

As the world wakes up to the new reality of population implosion, the race will be on to attract migrants. While there is a ready supply currently of would-be migrants, this might change if living standards improve in their home countries. Japan, Hungary, Slovakia and the Baltic states are among the countries facing substantial population declines that have shied away from immigration, preferring to “maintain a linguistic and culturally homogeneous society” that – at least for now – outweighs “the economic, fiscal and geopolitical risks of declining populations.”

If they are to continue growing economically, the Gulf states must not go down the same path. Localization programs may be attractive and popular policies and appropriate in any number of roles and industries. But they must not be pursued dogmatically at the cost of a country’s future economic wellbeing.