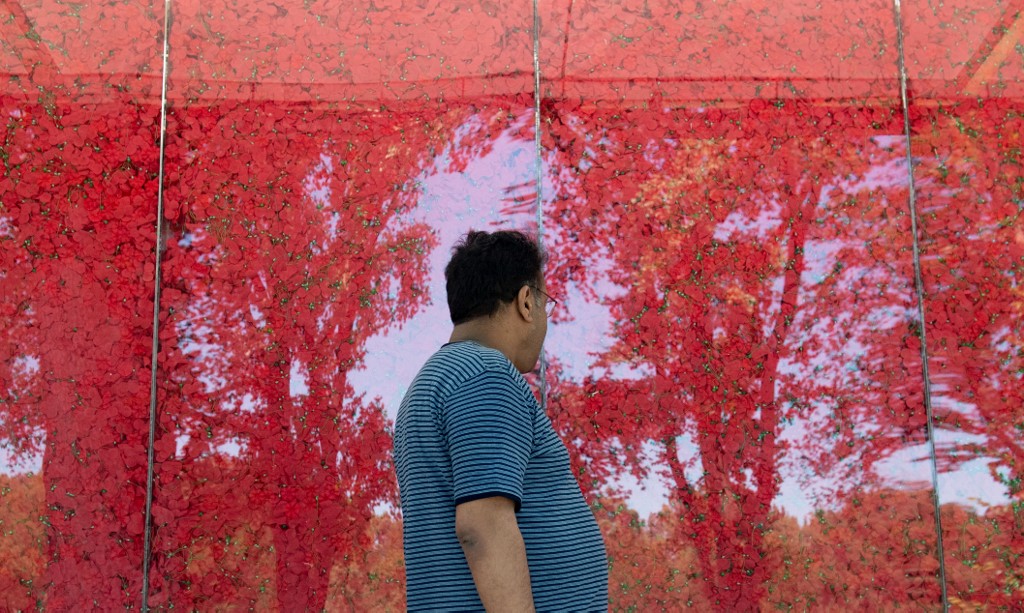 Artificial poppies are blossoming all across the UK as the nation prepares to remember the dead of two world wars. The wearing of the poppy is the prelude to Remembrance Day, the day in 1918 that the guns fell silent in France at the end of the First World War, at the 11th hour on the 11th day of the 11th month.

Traditionally, the commemorative flower is made from red paper and green plastic. This year, however, the Royal British Legion, the charity that distributes the poppies, is offering Britons another way to commemorate the carnage of two world wars – an enamel “Remember Together” lapel pin, designed to commemorate the soldiers of the 53 Commonwealth nations who lost their lives fighting for Britain and Empire.

Better late than never, of course, although the slogan of the Legion’s media campaign – “The Unrecognized Heroes of the Past; Remember Them Today” – does rather beg the question: why haven’t the dead of wars fought between 74 and 105 years ago been recognized before now?

In the two wars, more than 160,000 Indians lost their lives, which is far more than the more widely known loss of the 102,843 Australian and 110,363 Canadian troops who fell alongside the 1.2 million British dead. The photograph accompanying the campaign, drawn from the archives of the Imperial War Museum in London, shows a grateful British soldier shaking the hand of an Indian tank commander, Jemader Karnail Singh of the 7th Cavalry, after the decisive defeat of the Japanese at the battle of Imphal-Kohima in 1944.

Some 828 mainly Muslim soldiers are buried at Imphal Indian Army War Cemetery and the nearby Imphal Cremation Memorial commemorates 868 Hindu and Sikhs whose remains were cremated in accordance with their faith. A further 1,603 dead, mainly British but including more than 200 Indians, are buried in nearby Imphal War Cemetery.

It is, of course, right that the Indian sacrifice in both wars should be remembered. But conspicuously absent from this latest Remembrance Day campaign are the Arab soldiers from the western Arabian Peninsula known as the Hijaz, who took up arms against their Ottoman overlords at the behest of the British in 1916.

Tucked away in the collection of the Imperial War Museum is a simple square of cloth, the color of dried blood. It is labelled “Bedouin ‘kefiyah’ (headcloth) worn by an Arab tribesman who fought against the Turks during the Arab Revolt 1916-18.” There is no record of its owner, or of what became of him. But then, the museum’s coverage of Britain’s adventures in Arabia is dominated by only one name – the same name that dominates the British perspective on the events of a century ago that shaped the modern Middle East. All the artifacts in the museum relating to the Arab uprising are curated in a single collection with the title “T.E Lawrence and the Arab Revolt.”

The role of “Lawrence of Arabia” in the defeat of the Ottoman forces in the Hijaz has, as most modern scholars agree – and as Lawrence himself insisted in his memoir, “Seven Pillars of Wisdom” – been exaggerated. Lawrence, who was only one of several liaison officers between British headquarters in Cairo and Sharif Hussein of Mecca, the Hashemite Arab leader in the Hijaz, later came to regret his role in deceiving the Arabs into taking up arms. The British government, he wrote, had “raised the Arabs to fight for us by definite promises of self-government afterwards.” But as history records, those promises were worthless; after the war, Britain and France divided up the Arab lands between themselves.

Lawrence “had to join the conspiracy, and … assured the men of their reward.” In the hope of that reward, the Arabs “performed some fine things, but, of course, instead of being proud of what we did together, I was bitterly ashamed,” wrote Lawrence. “Had I been an honest adviser of the Arabs I would have advised them to go home and not risk their lives fighting for such stuff.”

But the Arabs did fight, as an old kefiyah and a few fading black and white photographs languishing in Britain’s Imperial War Museum attest.

Yet, a mere 20 Arab soldiers lie honored in just three of the 2,500 cemeteries maintained around the world by the British Commonwealth War Graves Commission. All were members of the Arab Legion, a force created by the British after they took over the Transjordan region in 1920. Thirteen were killed fighting for the British in the Second World War and the others died between 1946 and 1947, victims of the terror campaign that finally drove Britain out of Palestine and led to the creation of Israel. Their remains lie in Ramleh cemetery, 20 kilometers southeast of Tel Aviv, in Khayat Beach cemetery on the outskirts of Haifa and in Baghdad’s North Gate cemetery.

As for the unknown thousands of Arabs who perished fighting Britain’s war against the Ottoman empire, no known records exist – neither in the statistics nor the consciousness of the British people.

In the Hijaz the Turkish army, which was well trained and well led, suffered more than 45,000 casualties during the 1916-1918 Arab revolt. There is no record of the scale of the loss suffered by the hastily raised, poorly trained and inadequately armed Arab militiamen who threw themselves against the Turks with a reckless courage that amazed Lawrence.

Common sense, however, dictates that their losses must have been at least as great as those of the enemy, who they forced back to the gates of Damascus, thus helping to win the war in the Middle East for Britain. Yet nowhere is their sacrifice commemorated by what ought to have been a supremely grateful British nation. This lack of acknowledgement is only made worse by the fact that these forgotten men laid down their lives for an ally who all along planned only to betray them and their dreams of a free, pan-Arab state.

The poppy was chosen as the symbol of the carnage of the First World War because it grew so profusely in the battlefields of northern France and was immortalized by the Canadian poet-soldier John McCrae. In his most famous poem he wrote: “In Flanders fields the poppies blow, Between the crosses, row on row, That mark our place.”

Few people in Britain will know that Papaver rhoeas, the common poppy, is also found across the Middle East, where the memory of the forgotten dead adds a poignant twist to the closing lines of McCrae’s famous poem: “If ye break faith with us who die, We shall not sleep, though poppies grow in Flanders fields.”