Russia Maintains Grip on Syria While Mired in Ukraine 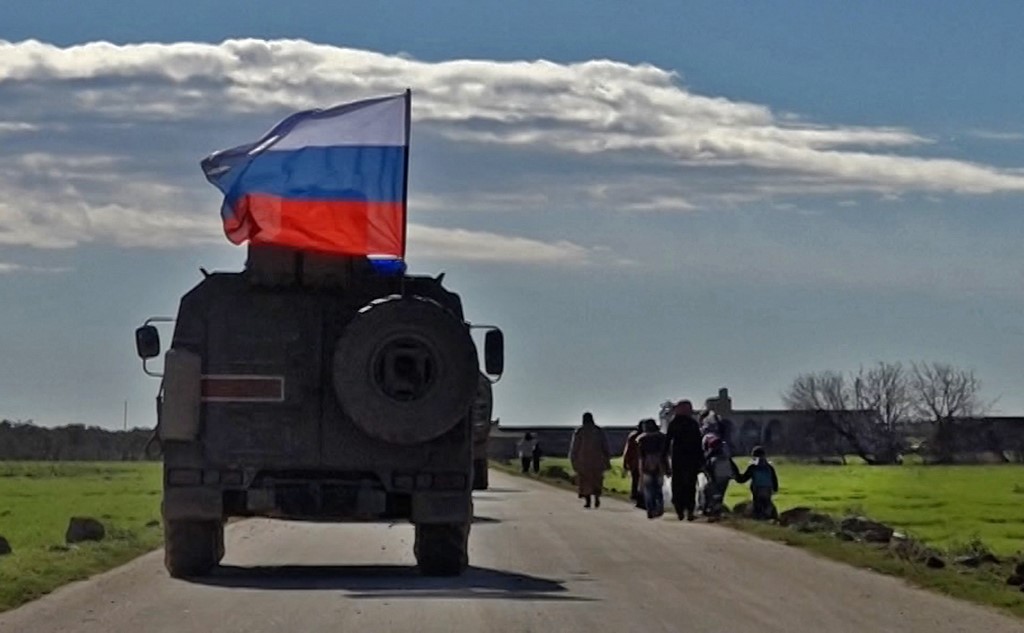 As a result, many assumed that Moscow’s willingness – or even its ability – to support Syrian President Bashar Al Assad had been wounded by overextension in Ukraine. The conclusion: Russia’s military role in Syria would be significantly decreased.

But recent developments on the ground tell a much different story. In addition to reinforcing its forces in northern Syria in response to Turkish threats of a cross-border military operation, Moscow is carrying out operations as before with joint air force drills with Damascus over the war-torn country, and humanitarian aid to people in Sweida and Hassakeh.

Taken together, these activities suggest that despite decreasing its presence in Syria, Russia is determined to mobilize its forces there to maintain its means of influence.

Since September 2015, an estimated 63,000 Russian military personnel have been deployed to Syria. While the number of soldiers currently stationed in the country is likely much lower, what’s important to recognize is that Moscow doesn’t actually need to keep many troops there to maintain an operational advantage. That’s because the level of active fighting has dramatically decreased since March 2020, after the ceasefire brokered by Russia and Turkey in Idlib. With somewhat frozen frontlines, Russia can recall units from Syria without fear of a pushback from opposition forces.

A more accurate measure of Russia’s influence in Syria is its ability to stabilize the fractured north, and so far, Moscow’s war in Ukraine has had little effect on that mission.

In fact, Russia has increased its activities in the northern part of the country to deter Turkey from carrying out a new military operation against Kurdish factions based there. In late May, Moscow deployed soldiers, six Ka-52 “Alligator” attack helicopters, and two Su-34 fighter bombers to the Qamishli airport, according to Syrian media. It also deployed military convoys with dozens of vehicles to the cities of Manbij and Tel Rifaat.

More importantly, Russia has increased its air force activities over the Syria-Turkey border as well as the frontlines in Hassakeh and Aleppo governorates. The aim of these activities is to ensure that a new Turkish offensive cannot take place without a green light from Moscow.

Meanwhile, Moscow remains engaged in mediating between the Syrian regime and Kurdish fighters in the northeast. Despite the absence of active hostilities between Damascus and Kurdish soldiers, clashes are still common in the region, and Russia’s ability to ease tensions is often tested. The latest round of Russian-led negotiations occurred in April, when Russia succeeded in getting rival Kurdish and Syrian government forces to lift sieges held against each other. The deal demonstrates Moscow’s continued ability to act as a mediator.

Russia also appears determined to stand between Iran and Israel to prevent any escalation between those two states. For instance, Russia has allowed Israeli warplanes to use Syrian airspace to target Iranian-linked sites and arms shipments in Syria. Russia has also continued to prevent Iran from deploying its allies close to Israel’s borders.

At the same time, however, Russia has pressured Israel to limit airstrikes in Syria, in deference to Iran’s interests; reportedly fired S-300 missiles at Israeli jets over Syria; and carried out joint patrols along the occupied Golan Heights in simulated confrontation with “hostile” warplanes and drones.

Beyond its military presence, Russia’s ability to influence events in Syria is contingent on the financial support it provides to allied militias. While information about Russia’s funding to local militias in Syria is scant, according to Syrian news websites, Moscow does appear to have transferred roughly $250,000 in May to pay some 16,000 fighters affiliated with local armed groups.

How long this support will last is unclear. Financial difficulties caused by the war in Ukraine could hamper Moscow’s ability to continue funding a second war effort. If Russian money dries up, some militias might agree to be paid by Iran or the Syrian regime, but former rebels in the south operating under the umbrella of the Fifth Corps, which remains hostile to Tehran and Damascus, are unlikely to do so peacefully. Such a development could further destabilize southern Syria, which in turn would threaten Jordan’s national security across the border through a new wave of refugees and smuggling. Hence, Russia’s continued involvement in Syria has security implications beyond the troubled north.

Moscow’s shifting role in Syria will remain a topic of intense regional speculation. But while the war in Ukraine is stretching Russia’s military capacity and altering its strategic priorities, it’s hard to imagine any scenario in which Moscow completely abandons its role in maintaining Syria’s fragile status quo. On the contrary, Russia’s Ukraine-fueled withdrawal from Syria, once eagerly predicted, now seems like wistful conjecture.