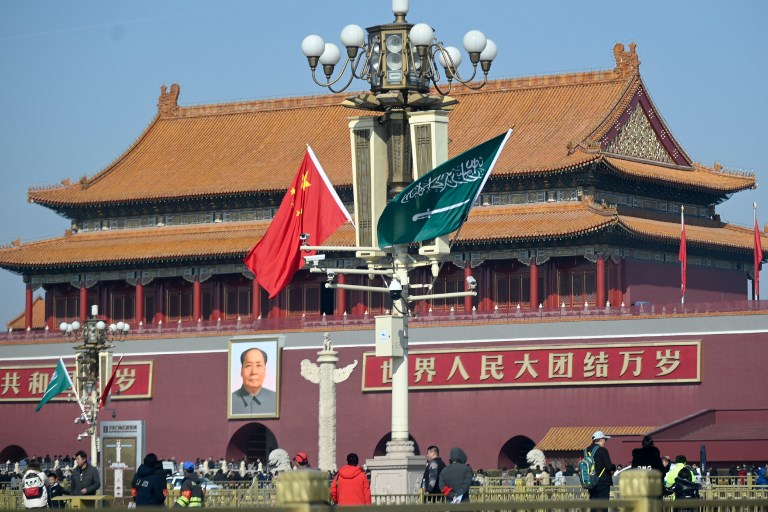 Saudi Arabia Crown Prince Mohammad bin Salman’s headline-grabbing Asia tour of Pakistan, India and China elicited the predictable commentary worldwide regarding the kingdom’s “eastward shift.” The reality, however, is that Saudi Arabia and most of the Gulf Cooperation Council (GCC) states have been shifting eastward geo-economically for at least a decade.

The Saudi crown prince’s visit was not, therefore, a sign of a new “eastward shift.” Rather, it might be a sign that the “eastward shift” has entered a new, mature phase. Call it GCC Eastward Shift 2.0.

Throughout Eastward Shift 1.0 over the last few decades, GCC oil lubricated Asian growth while contributing to regional prosperity. Throughout the 1970s, strategic relationships were built between South Korean and Japanese companies and GCC oil producers, while China, India and Southeast Asia entered the scene as major buyers and trade partners in significant ways later, in the 1990s and beyond.

By the time King Abdullah ascended the throne in 2005, his first two foreign visits as head of state – to China and India – made headlines, but should not have been surprising. The writing was on the wall: the geo-economic future of Middle East (or perhaps more accurately, “West Asian”) oil producers will be written in South and East Asia by the increasing energy demands of a growing middle class.

GCC Eastward Shift 2.0, however, goes beyond crude oil sales. Amid all of the headlines about multi-billion-dollar deals signed across the three countries, one announcement stood out as different and potentially transformative: Chinese will now be taught as part of the curriculum in all Saudi schools. If you are looking for signs of Eastward Shift 2.0, this sweeping directive might be the one.

Saudi Arabia is not alone. The UAE announced last summer that it would offer Chinese classes in 100 high schools. The University of Bahrain launched a Confucius Institute in 2013 and other GCC states are likely to follow suit. Given the dominance of English as a second language worldwide and its key role in the GCC, one should not expect Chinese to replace English anytime soon (nor should one expect China to eclipse the US as the regional security guarantor anytime soon; that will be part of Eastward Shift 3.0).

But if you are counting influence in decades rather than years, a generation of Saudis and Emiratis who are comfortable enough in Chinese to begin choosing Chinese universities for their studies signals a long-term geo-cultural diversification of significant proportions. The investments signed by the Saudi crown prince also reflect this “decades” measurement of influence. Prince Mohammed signed or endorsed major refinery and petrochemical deals in every country he visited. Multi-billion-dollar deals to build refineries represent long-term bets on the future. A typical refinery project might take five to seven years to build and are highly capital intensive.

Refinery investments involving state-owned enterprises are, therefore, a good signal that both sides are engaged in strategic thinking. Indeed, an oft-heard statement throughout the three visits stated the importance of graduating beyond a “buyer-seller relationship” to a more strategic one. Prime Minister Narendra Modi and Prince Mohammad made this idea crystal clear when they announced a “Strategic Partnership Council” that will hold a summit every two years. “The time has come,” Modi said, “to convert our energy relationship into a strategic partnership.”

Long-time visitors to GCC commercial hubs and capitals will note the increasing numbers of Chinese tourists and businessmen in the region. In the year 2015, China replaced India as Dubai’s largest trading partner. China is also Saudi Arabia’s largest trading partner, and the kingdom will likely surpass Russia this year as China’s top crude supplier, according to Platt’s – a position it held from 2006 to 2016 during Eastward Shift 1.0.

For Indian and Pakistani nationals, Dubai and the broader UAE have emerged as their own Hong Kong – a place to trade, shop, visit and connect with the world. Nearly one out of every three international flights that leave India land in a UAE airport, often for onward connection to the world. Meanwhile, nearly one out of three international flights that lands in India emanates from an airport in the UAE, most notably Dubai and Abu Dhabi, making the UAE’s India’s air gateway to the world. For Pakistani travelers, the story is similar, with UAE airports fueling their international air connectivity.

With all of these people flows and trade flows and capital flows, it was inevitable that “heads of state flows” would follow. Starting with the King Abdullah visits in 2006, we have witnessed a series of high-profile heads of state or senior officials visits. Given this context, Prince Mohammad Bin Salman’s Asia tour should be seen as part of Eastward Shift 2.0 – strategic investments, growing people-to-people exchanges and modest security cooperation – with West Asia linking ever closer to East and South Asia.