Fall of Kabul: How to Get the Taliban to Protect Afghanistan’s Culture 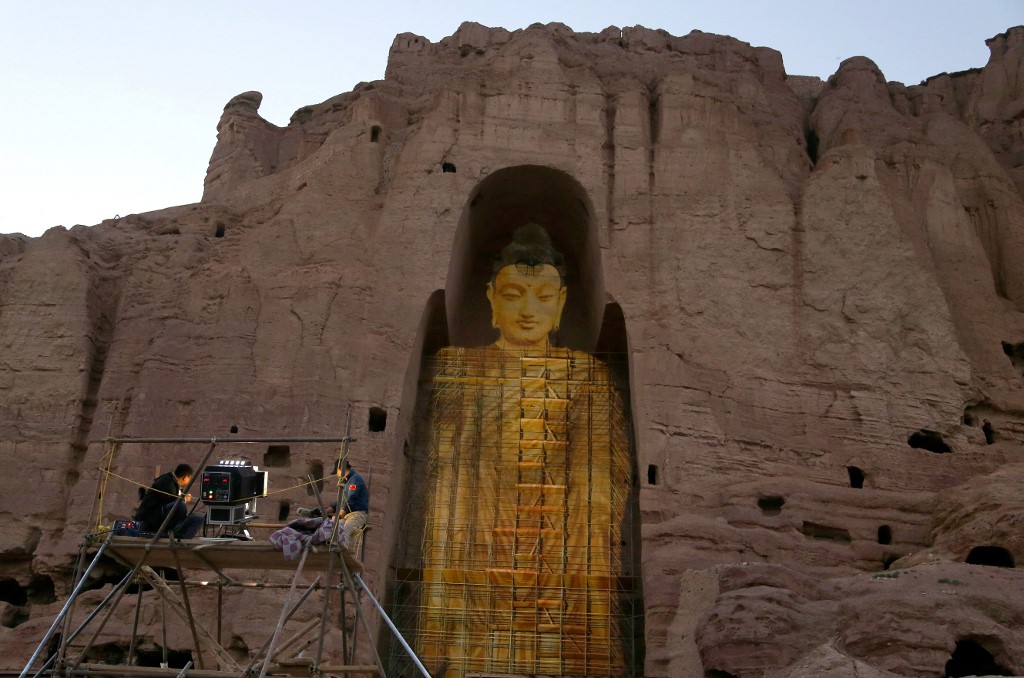 “Intolerance: be like the ocean…” Many may not know that those words — a call for the acceptance of diversity — by the 13th century poet and Muslim scholar, Rumi, may actually be those of one of Afghanistan’s legendary figures. Rumi has been claimed by Turkey, Iran and even parts of the Arab world, but he is believed to have been born in 1207 in Balkh, located in the north of what is present-day Afghanistan. It will be interesting to see what the Taliban make of Rumi and other totemic representatives of the cultures that once blossomed in the land now called Afghanistan. And if their consideration is less than positive, what can be done to protect the country’s historical patrimony?

For now, the signs don’t augur well. Soon after swooping down on Kabul, the Taliban announced they were a changed group that now wanted peace. They declared an “amnesty” for all who previously worked against them, and said they were willing to work, even, with “our sisters.” Shortly after that, they blew up a statue.

Did they destroy it because they believed statues promote idolatry, because it depicted a man who was their enemy, because that man was a Shia, or all of the above? It is impossible to say for certain. But it is possible that the statue of Abdul Ali Mazari, a champion of Afghanistan’s ethnic Hazara minority who was executed by the Taliban in 1995, ticked more than one box.

Of course, Mazari’s statue had no great cultural or artistic value. Its destruction has made it more famous than it would ever have been otherwise. But more interestingly, it stood in Bamiyan province. For it was in Bamiyan, in 2001, that the Taliban blew up two massive, 1,500-year-old statues of Buddha carved into a mountainside. The dynamiting of the statues remains possibly the biggest act of wanton destruction of culture in modern history.

Those “others” are plentiful in the country.

Afghanistan has a wealthy heritage and history, and a diversity of identities that have been overshadowed by wars and conflicts. It was from Afghanistan that Buddhism spread to China. Zoroastrianism, Christianity, Judaism and Hinduism thrived in the land before — and after — the arrival of Islam in the 7th century. As a major waystation on the thousands-of-years-old trade routes connecting India with Iran and China, Afghanistan is filled with the remains of ancient cities, monasteries and caravanserais that hosted famous travelers like the 14th century Moroccan, Ibn Battuta, and the 13th century Venetian, Marco Polo.

Ancient artifacts literally are strewn across its geography. Some 80,000 of these now are housed in the National Museum. The Taliban destroyed a number of such artifacts in the museum the first time they came to power. But in February this year, its leaders forbade selling artifacts. They told their followers to “robustly protect, monitor and preserve” relics, halt illegal digs and safeguard “all historic sites.”

We shall have to see if that injunction holds. Will the Taliban, for example, protect the historical heart of the city of Herat? It is currently on a Unesco heritage site tentative list. Herat was captured by Alexander the Great in 330 BCE during his campaign against the Achaemenids. It later became a major outpost for the Hellenistic Seleucid empire.

Then, there is Balkh, which gave birth not only to Rumi, but also Ibn Sina — better known in the West as Avicenna — and the poet Ferdowsi, both from around the turn of the first millennium. The name Balkh may be more familiar to those who frequent Western museums as Bactria, the ancient civilization that dates back to the early third millennium BCE. From the Seleucids to the Sassanians to many others, the history of civilization is layered in the ground of Balkh and many other cities like it across Afghanistan — sites like Mes Aynak, home to a complex of at least seven Buddhist monasteries and under which may be Bronze Age structures.

It is tempting to think that the Taliban have changed — after all, the rest of the world certainly has. We want to believe that they will police adherence to their injunction to do no harm to the country’s historical and cultural heritage. The problem is, the Taliban are committed to keeping themselves pure from the poison of modernity. The future has not caught up with them and likely never will. And aside from their own version of an imagined past, the rest is dust to them.

But there may be a way out. The Taliban frown on drug use. But they don’t have a moral problem with other people using it. In 2000, they banned poppy cultivation, much like they have banned trading in historical artifacts today.

That poppy ban, however, eventually evaporated. Today, the Taliban control the world’s largest supply of illegal opiates — accounting for 80 percent of the global opium and heroin market. A record harvest in 2017 yielded sales the equivalent of 7 percent of Afghanistan’s GDP.

The intriguing question then is whether the Taliban can be induced to protect the heritage of Afghanistan if they were paid to do so. They may have no use and see no value in a sculpture of a Bactrian woman, for example. But can they be persuaded to keep it safe if it was a source of income? Can an international trust fund be established for this? And maybe for the safekeeping of artifacts outside Afghanistan? (Though, until when?)

There are many questions. Including the moral one of privileging the safety of cultural items over the safety and wellbeing of people. Yet, surely it’s still one that would be useful to have. But the first question is, will the Taliban take part?

Rym Tina Ghazal is editor of an arts and culture magazine, and a former war correspondent.