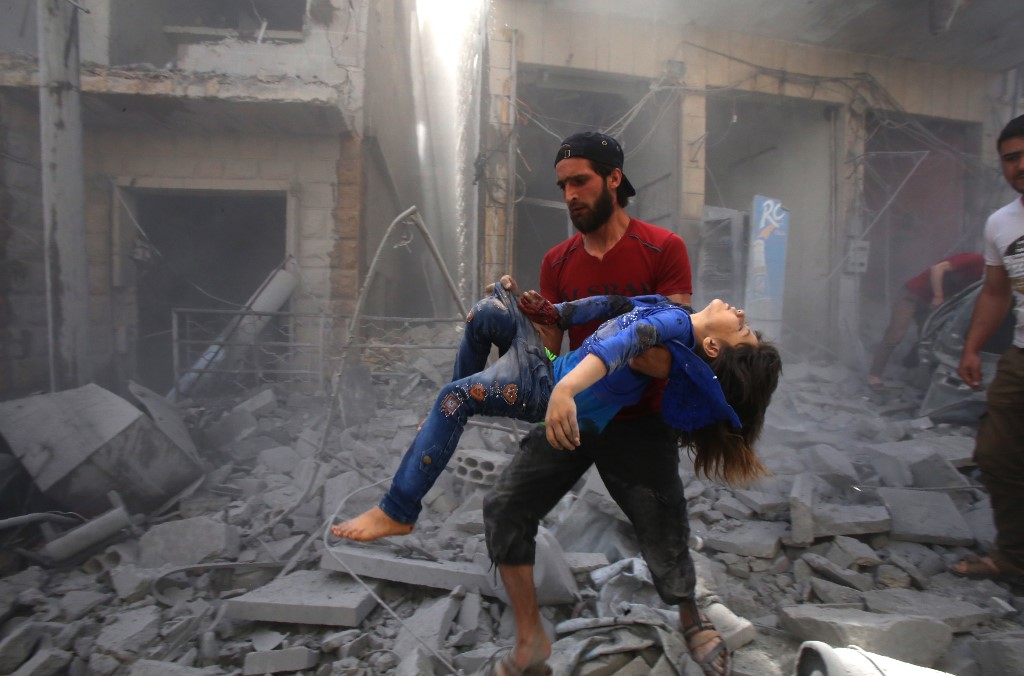 Conflict has returned to Idlib province. At the end of April, the Assad regime launched a series of attacks on targets across the besieged province, assisted by Russian fighter jets. The assault on Idlib is significant and serious; hundreds have been injured and dozens have died. Yet it is not on the scale imagined last year when Turkey and Russia agreed on a de-escalation deal. That’s because this assault on Idlib has a political rather than a purely military purpose. Rather than seeking to reclaim the entirety of the province, the Assad regime is seeking something more limited but more specific – mainly the return of two important pivotal roads. There is also another goal behind the scenes: to drive a wedge between Turkey and Russia.

The assault on Idlib began as a response to attacks from within the province on the Syrian army. The longer it goes on, (it is now into the sixth week) the more Turkey suspects that something else lies behind it. In a conversation with Vladimir Putin three weeks ago, Recep Tayyip Erdogan reportedly complained that the Syrian regime was seeking to “sabotage Turkish-Russian cooperation in Idlib” and undermine the “spirit” of the Astana peace talks.

On that point, Erdogan is probably right. The scale of the conflict appears carefully calibrated: too small to actually retake the province, but too large and too widespread to merely halt attacks across the Idlib border. The attacks are provocative. Using a combination of shelling and airstrikes, the regime has destroyed schools and hospitals, sending more than 150,000 people fleeing north to safety, according to the United Nations. Most of these are resettling in areas now under Turkish control, adding to the pressure on Ankara. The regime has also shelled Turkish military observation posts inside Idlib, injuring Turkish soldiers.

If Damascus does have an end goal in mind, it is most likely this: to force a resolution on Idlib. That will not come by retaking the province but by forcing Ankara to actually follow through on the de-escalation deal and clear the province of militant fighters. Ankara is resisting because the province remains the last stronghold of jihadi groups and fighting them will be immensely costly. But it may have no alternative. Faced with the choice of hundreds of thousands of Syrians fleeing across its border or sending troops and Turkish-backed Syrian fighters into Idlib, the latter alternative is probably easier. At a minimum, inciting conflict in Idlib forces the problem on to government desks in Moscow and Ankara, where it has too often been ignored. But it also drives a wedge between Turkey and Russia by making Moscow face up to how Ankara has resisted fulfilling its part of their bargain.

The de-escalation deal signed between Russia and Turkey last September was meant to halt a complete assault on the province that would have put it back under regime control. The fear was that such a serious assault would endanger thousands of lives and drive hundreds of thousands to seek refuge across the border in Turkey and on into Europe. But part of that deal involved Turkey and the Turkish-backed Free Syrian Army clearing the province of heavy weapons, which they have been unable to do because the largest militant group in Idlib, Hayat Tahrir Al Sham, refuses to disarm.

By removing the possibility of a full-scale attack, the deal condemned Idlib to a twilight existence, forgotten by many. Inside the province, militant groups vied for control and threatened and extorted the population, but Turkey’s attention was on the border regions and on Kurdish militant groups. Russia’s attention was elsewhere, too, and its burgeoning military relationship with Ankara meant political disagreements over Idlib were put on the back burner.

For Damascus, however, the status quo was not enough. Retaking Idlib would, of course, have high propaganda value, consolidating the message both at home and abroad that the conflict was over. But there is also a practical reason. Damascus wants the return of two critical highways, both of which pass through Idlib. Without them, economic life in Damascus and Aleppo is strangled. By restarting the conflict – or, more accurately, taking the bait offered by militant attacks – the regime has been able to bounce its Russian allies into joining in. It was only two days before the attacks in Idlib restarted that Putin said a full-scale assault was “inadvisable.” There may also be an element of Russia seizing the opportunity to pressure Turkey.

But these conflicts can easily escalate. HTS has already shelled towns inside Latakia province, killing civilians. It has targeted the Russian air base at Khmeimim, whose security has always been a red line for Moscow. In such an atmosphere, with civilians battered by air assaults and each side determined to retaliate, every act is an escalation. In the midst of a besieged province, with no way out for three million people, there is no such thing as a limited war.