The Gulf’s Role in Maintaining Peace in Ethiopia 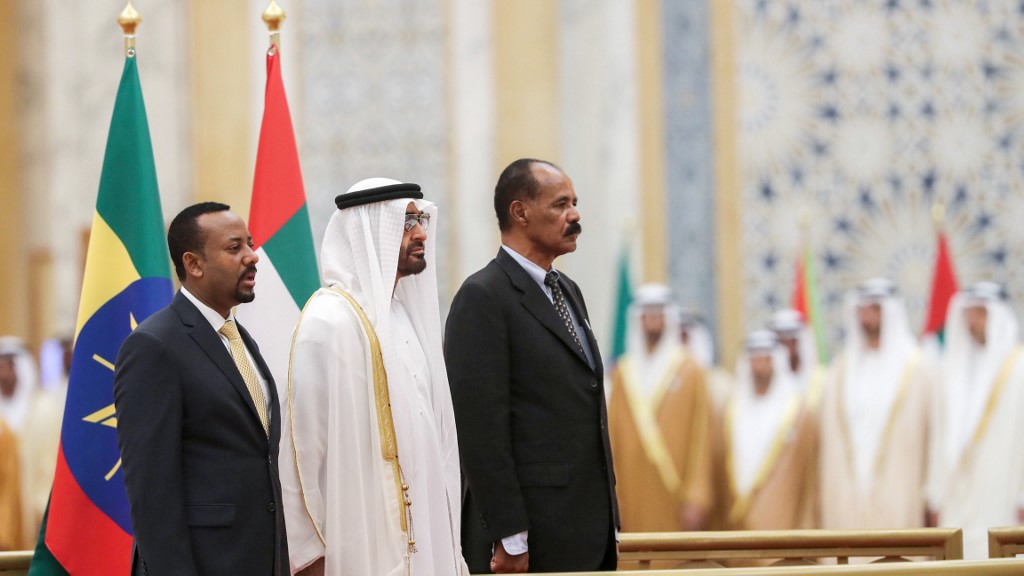 The Arabian Gulf and the Horn of Africa have a tangled but robust relationship. For decades, countries from these regions have worked on critical issues such as food security and defense. The UAE is one of the most notable countries driving the relationship. It has expanded its role by deepening economic ties and playing the role of peace mediator. Abu Dhabi’s efforts to broker peace between Ethiopia and Eritrea, ending their two decades-long conflict, is one of the crowning achievements of the recent engagement.

But with the recent turmoil in Ethiopia, is the Gulf, and specifically the UAE, facing threats to its growing influence? Yes and no.

The political chaos in Ethiopia is an internal matter. An attempted coup in June in the restive northern regions of Amhara and Oromia left several senior Ethiopian officials dead, including the head of the military. While no one has taken responsibility for the attacks, the government of Prime Minister Abiy Ahmed placed blame squarely on Brigadier-General Asaminew Tsige, the head of Amhara’s administration and security bureau. The assassinations are the latest event in a deteriorating political environment.

Prime Minister Abiy came to power in April last year promising far-reaching economic, social and political reforms. Peace with Eritrea was central to his promise of regional stability. But his critics say he has stifled political opposition to his rule, especially in the Amhara and Oromia regions, which are home to more than two-thirds of the country’s population. Protests have been a regular fixture, along with country-wide internet blackouts. The latter plays a great part in the outside world not knowing much about the country today and perhaps not even caring.

The government says its reforms are designed to attract more foreign investment to Africa’s second most-populous nation. Initiatives include the privatization of major Ethiopian national companies, such as Ethiopian Airlines. The opposition says the pace of reform is too fast and will destabilize the delicate balance between minority groups. Whatever the case may be, political violence is heating up and proving to be a challenge to further Gulf diplomacy. With nearby Sudan in the midst of a political revolution, the direction of leaders in the larger East African region is anything but clear.

For the UAE and Saudi Arabia, the privatization debate could have stinging effects. Both countries have invested substantially in the agricultural sector in the Horn to bolster food security efforts at home. DP World, the Dubai ports operator, has seen its port deals in Djibouti go sour after the country accused it of corruption. DP World disputes the allegations, but the episode continues to highlight the delicate nature of doing business in the Horn. A change of leadership in a country like Ethiopia would add another element of uncertainty to calculations.

The falling out between Somalia and the UAE is another cautionary tale. Once close allies, the UAE and Somalia have drifted apart after Somalia declared its neutrality in the Gulf crisis with Qatar. At the same time, Somalia deepened its relationship with Turkey, a major Qatari ally. Responding to the crisis in Djibouti, DP World invested half a billion dollars in Berbera port in the semi-autonomous Somaliland region. While relations between Somalia and the UAE have not soured completely, they are strained.

Taking a step back from the immediate events in the Horn, there is a much larger power struggle taking place. The ongoing Qatar crisis is playing out as various countries shift allegiances to suit their needs. The long arm of China looms large as well. As part of its Belt and Road initiative, the Chinese have invested substantial sums in port, rail and road infrastructure across the Horn. China’s Merchant Port Holding Company secured a stake in Djibouti’s Doraleh port, much to the surprise of DP World.

With its natural links to the region, the UAE has room to build its footprint in the Horn. But it must keep its political ambitions in check as the region is undergoing profound change. With rising nationalism and clear pushbacks against the privatization of vital economic institutions, any perceived foreign influence runs the risk of blowback for Gulf partners. Moreover, behaving as a regional superpower comes with an enormous amount of responsibility. Just look at the ongoing challenges of American diplomacy in the Middle East.

Abu Dhabi’s economic prowess is rising, but along with it come numerous challenges. The tensions in Ethiopia and Sudan are the greatest test for UAE foreign policy in decades. Building on its successful mediation between Eritrea and Ethiopia, Abu Dhabi should continue to use its clout to defuse political tensions. This will require less focus on intra-Gulf issues in the Horn, such as the Qatar crisis, and more time acting as a neutral mediator between warring factions. Few countries have been willing to play this role, but the UAE is perfectly positioned to do so.