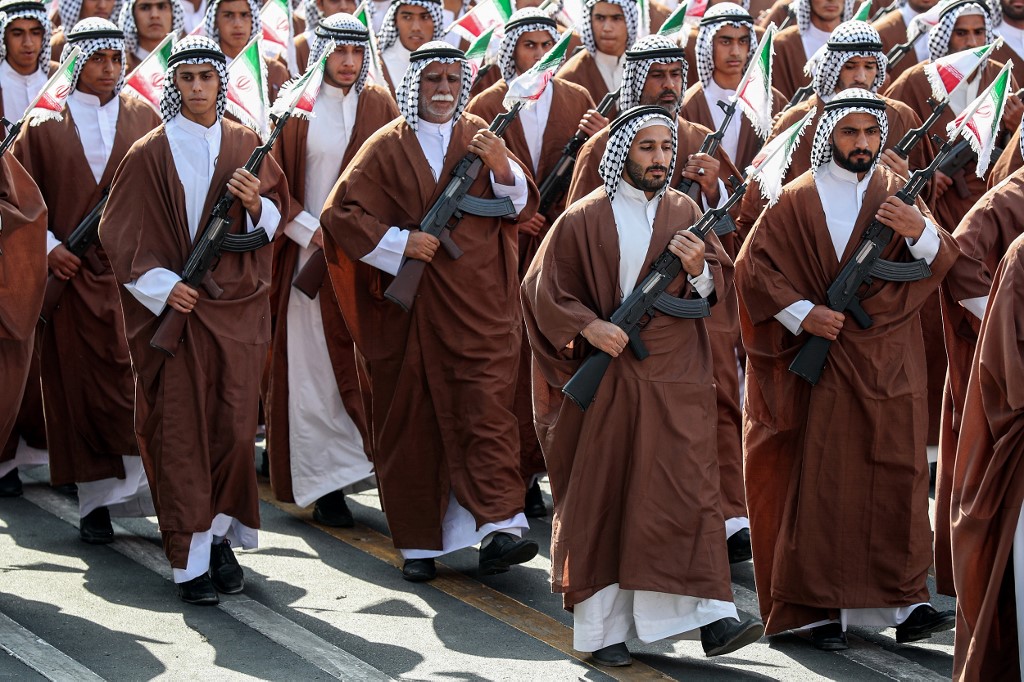 Despite apocalyptic warnings about Iran and the United States stumbling into a new war, the response to America’s killing of Qassem Soleimani was, when it came, rather muted: a dozen ballistic missiles slammed into US bases in western and northern Iraq, causing no casualties, followed by an eerie political silence.

The brief skirmish was over and both sides – remarkably, given the language of the White House in the days before – stepped back. More than a week has now passed since the Iranian retaliation and the real response on proxy battlefields across the region can now begin.

In the calm after the storm, the muted response from Iran was taken in Western capitals as an admission that Tehran was unable to respond forcefully and would simply accept the death of their high-ranking commander as the cost of an undeclared war.

But in the Middle East, which has witnessed first-hand the impact of Soleimani and Iran’s expansion over the past two decades, nobody is naive enough to believe the strikes in Iraq were the final word. They are only the first page. Like the strikes that preceded them, Iran’s battle to avenge Soleimani’s death will be fought across other people’s countries.

Within the Iranian regime, the killing of Soleimani will have reinforced the belief that proxy wars are its best hope for survival.

Iran’s doctrine of proxy war began in the 1980s, in the midst of the bloody, decade-long conventional Iran-Iraq war – a war that Iranians did not start and that many believe was encouraged by the United States. By the early 1980s, the war was at a stalemate and Tehran turned to proxy organizations to gain leverage – first to the Badr Brigades, made up of defecting Iraqis and Iranian fighters, and later Hezbollah in Lebanon.

But the real expansion of proxy power has come this century, starting with the invasion of Iraq, which opened up a country formerly closed to Tehran’s intelligence network, and followed by the Arab Spring uprisings, which destabilized Syria and Yemen. It is in those places that the real response will come.

The use of these proxies by Iran is a gamble, designed primarily to keep its territory safe. So far, the major strategic success of Iran has been its ability to attack its enemies without retaliation finding its way on to Iranian land.

Iran was implicated in the sabotage of ships in the Arabian Gulf over the summer, as well as a drone strike on Saudi oil facilities, an attack that was claimed by the Yemeni Houthi rebels. For months, from the spring of 2019 through to December, Iran-backed militias targeted American bases all across Iraq. There was retaliation, but none on Iranian soil.

Iran has long gambled on creating sufficient distance between the decisions taken in Tehran and the dead bodies left behind in Iraq, Yemen or Afghanistan to ensure that the United States will not have the compelling proof it would need in order to make the drastic decision to go to war. The killing of Soleimani has altered that calculation. It demonstrated that Donald Trump refuses to play by the rules of the proxy war that has been simmering inside Iraq for years. Previously untouchable figures are now targets.

Such brinksmanship is risky. In the short-term, raising the stakes so high has forced Iran to step back from a costlier confrontation. But in the long-term, there is a limit to how often and how high the US can raise the stakes before the conflict becomes unbearable for its allies in the region. It was noticeable in the aftermath that even American allies like Israel distanced themselves from the operation, wary of being caught up in the response.

Tragically for the Iraqis, it is their country that has become the established battleground between the US and Iran and, as such, Washington has few qualms about attacking Iranian-backed forces there.

The calculation Tehran will need to make now is this: if militias allied to Iran but operating inside Iraq target US bases and forces, might a volatile occupant of the White House order strikes inside Iran? That could set off a conflict that would be unpredictable both for the region and for Iran’s leaders who, as the protests currently gripping the country demonstrate, still need to use violence to maintain law and order.

Instead, Iran will look to create other proxy battlefields, where it can extract secret revenge. The two spaces ripe for this confrontation are Afghanistan and Yemen.

Afghanistan shares a long border with Iran, as well as a language (Farsi and Dari speakers can easily understand each other). It has been well-reported that Iran’s Revolutionary Guards mobilized tens of thousands of Afghans to fight for Bashar Al Assad’s regime in Syria. As that war draws to a close, those fighters have to go somewhere; the most obvious place would be into recruitment as Iranian agents inside Afghanistan.

As for Yemen, Iranians are already present on that battlefield. On the same night a US drone over Baghdad killed Soleimani, another drone over the Yemeni capital, Sanaa, tried to kill Abdul Reza Shahlai, another Quds Force commander. The strike missed and instead hit a different Iranian military official – but it marked one of the first public strikes by the US against Iranian targets inside Yemen.

The Shia crescent that King Abdullah of Jordan warned of shortly after the 2003 invasion of Iraq has come into being. Iran is now in a position to take revenge for Soleimani’s death, both against US troops and against America’s allies, far from Iranian territory.

Other countries will pay for Soleimani’s death and it is Iraqi, Yemeni and Afghani bodies which will be broken to pay for the sins of the Iranian regime.