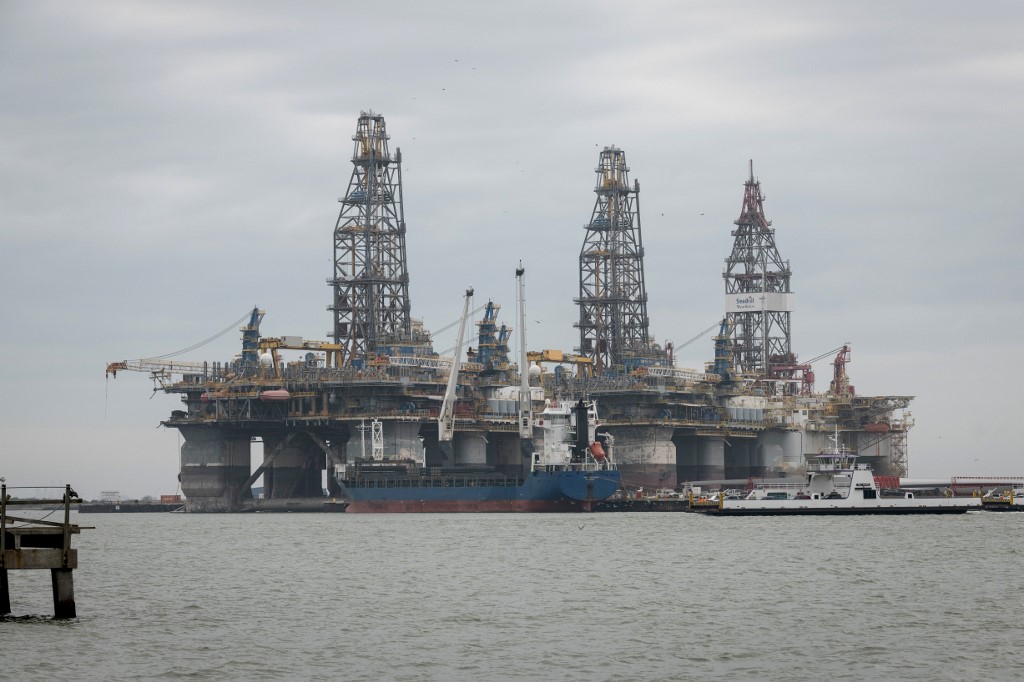 Following the US-led invasion of Iraq in 2003, Iran and its regional allies emerged once more as the key threat as perceived by America. But the question remains as to why the US should be so concerned about a third-rate power in a region seemingly less central to American interests today. The answer lies in oil – but not in the way this is conventionally understood. Washington isn’t “protecting” supplies of energy for its industries; instead, its interest lies in its ability to control oil prices and supply as an instrument of foreign policy.

Studies suggest that the US spends $81 billion annually to protect oil supplies, mostly in the Gulf. Yet even in 2005, around the peak of US oil imports, the amount that came from the Middle East was not large: 14 percent from Saudi Arabia, 5 percent from Iraq and less than 2 percent from Kuwait. Since then, net US oil imports have been virtually eliminated by the shale boom.

However, as long as US oil markets continue to be connected to the world, the country will still see the impact of any shortfall in supply. A disruption in the Middle East would drive up international prices. This would help oil-producing Republican states such as Texas, Oklahoma, North Dakota and Alaska, but hurt Midwestern motorists in swing states that were the key to Donald Trump’s narrow win in 2016.

Disruptions at other oil producers have turned the spotlight back to American allies in the Gulf. Venezuela’s output, at 2.4 million barrels per day as recently as 2015, has plummeted to 830,000 bpd. After severe mismanagement and underinvestment, various US sanctions have pushed its industry toward collapse. The US-backed interim president, Juan Guiadó, has failed to gain much traction, with Russia doubling down on its backing of Nicolás Maduro.

In April, Trump supported the move of Libya’s General Khalifa Haftar toward Tripoli. Ninety-five percent of Libyan oil output could be cut off by renewed fighting. Most severely, of course, the US embargo against Iran has cut its output by about 1.3 million bpd since last August, with a White House goal of “zero exports” threatening a further loss of 800,000 bpd or so. The US also imposed sanctions on Russia’s oil industry in 2014, over its invasion of Ukraine, though these have not significantly affected production, and is threatening more measures against the Nord Stream 2 gas pipeline to Germany.

This extensive use of economic coercion reflects America’s new position as a net oil exporter and a large and growing seller of liquefied natural gas. Under President Barrack Obama, the US grew confident that its rising output gave it more freedom to risk taking oil produced by its adversaries off the market. Under Trump, the administration has become openly mercantilist – for instance, pushing its LNG into Europe by threatening Russian supplies, and acquiescing to Iraqi gas and electricity imports from Iran only if Baghdad awarded contracts to American companies.

Given the US administration’s quixotic pursuit of multiple conflicting foreign policy priorities simultaneously, its Gulf supporters have become even more important. The ability of Saudi Arabia, and to a lesser extent the UAE and Kuwait, to use their spare capacity to add as much as 2.5 million bpd to the market is crucial to dealing with unexpected contingencies as the campaign against Iran ramps up.

This betrays the Achilles’ heel of the US’s newfound “energy dominance”: shale oil is not infinitely flexible nor as fast to respond as Saudi spare capacity. And the very light shale oil is not an ideal diet for refineries, which are currently short of medium and heavy grades, which are produced in the Gulf and by Venezuela and Russia.

After repeated Iranian threats to close the Strait of Hormuz, both the UAE and Saudi Arabia have constructed bypass pipelines that could carry about half of their exports. Kuwait, Qatar and Bahrain are completely dependent on the strait, though, and Iraq is mostly so. If indeed the recent attacks on shipping in waters off the UAE’s Fujairah emirate and on the Saudi East-West pipeline at Iranian direction, the message from Tehran was that these alternative routes were vulnerable too.

Even though the US has for a long time imported relatively little oil from the Gulf, its security posture there was seen as a key part of the Western alliance system. Europe, Japan and South Korea were assured that neither the Soviet Union nor a hostile regional monopolist could cut their supplies or jack up prices. Now that logic has evolved. Allies are seen more as vassals, obliged to adopt American economic dictates.

And the continuing US military presence in the Gulf gives leverage against Washington’s only likely peer competitor, in Beijing, as well as its irritating rival in Moscow. Both countries have strong relations with Iran, which has few other friends.

China’s role in the Middle East is still largely limited to trade and investment. But its Belt and Road strategy involves building a maritime presence in the region, as well as strengthening Eurasian land routes to import oil and gas through routes less easily interdicted. In extremis, in the event of open conflict, the US still has its foot on China’s jugular.

Russia, meanwhile, has boosted its Middle Eastern role by returning to its old ally in Syria, and building political and economic influence in countries such as Egypt, Libya and Iraq. Its cooperation with Opec has made it indispensable to Riyadh too. But Russia can never be a replacement for the US in the Middle East, just a useful counterweight.

Other interested parties – European countries and India – play only a marginal diplomatic and security role in the Gulf, despite their economic importance and historic involvement. And so Washington complains of its unfair burden in the Gulf, while reaping the rewards of its stranglehold over any competitor.

Robin Mills is founder of Qamar Energy and author of “The Myth of the Oil Crisis.” He previously worked for Shell and Emirates National Oil Company and is a fellow at Columbia University’s Center on Global Energy Policy and a senior fellow of the Iraq Energy Institute.