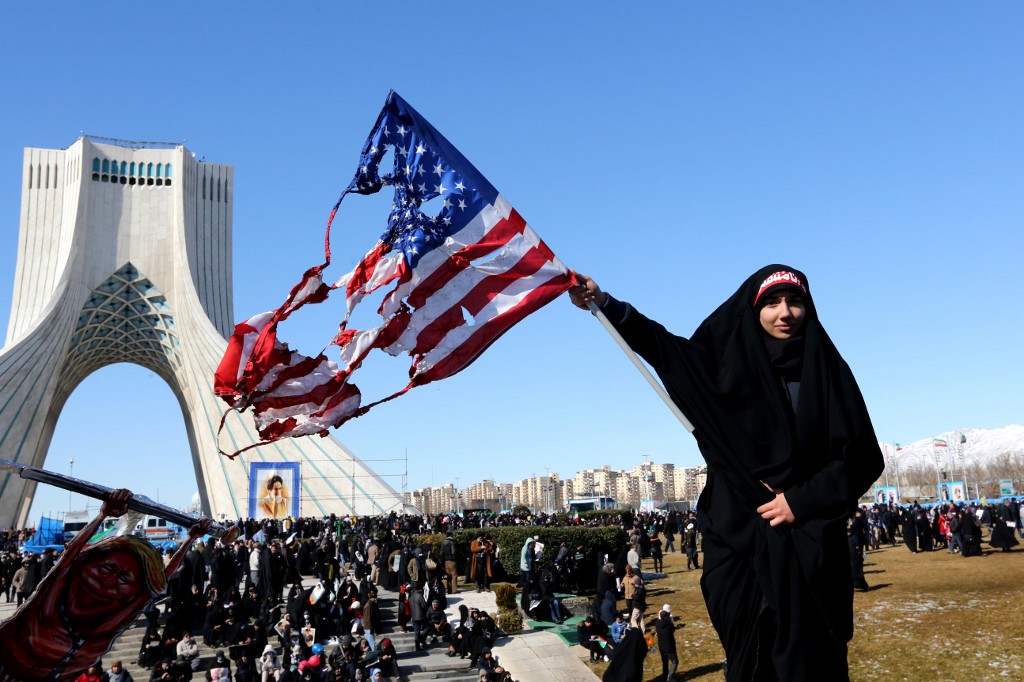 Almost everyone seems to think China and the US are in a new Cold War. This is an easy but misleading shorthand for the relationship which,  admittedly, is an increasingly chilly one. But the US and China are not in a Cold War, at least not yet. In fact, that relationship is far more complex.

That said, the US is in a Cold War with another state: Iran. And this means that the US must remain engaged in the Middle East for far longer than it desires. This will, in turn, influence US force posture and global alignments in the coming years, which will affect its reaction to the increasing tension with China.

At its simplest, the Sino-US relationship lacks one key element of a Cold War – actual war. The US and China are not involved in any proxy wars. (The US and Soviet Union were.) Moreover, even though there is intensive competition between their respective intelligence agencies, there have been no assassinations or kidnappings by either side against the other. (This certainly happened between the US and the USSR.)

By contrast, the US is part of a Saudi-led coalition that is indeed engaged in a proxy war with Iran in Yemen. Meanwhile, Iranian proxies regularly attack US forces and assets in the Middle East. Such attacks were cited in a Pentagon inspector-general’s report earlier this year; it argued, on that basis, that Washington should accelerate the transfer of bases in Iraq to local security forces. Iran’s proxies throughout the region, from Lebanon’s Hezbollah to Hamas in the Palestinian territories to assorted irregulars in Syria, continue to  target the US and its allies, including attacks on international shipping in the Gulf, on Saudi Arabia’s Abqaiq oil refinery last year and on Israeli forces on a regular basis.

On the other side, America’s primary regional ally, Israel, has engaged in an extensive assassination campaign against Iran’s nuclear scientists, while the US killed a high-ranking Iranian military official, Qassem Soleimani, in January.

In terms of economics, one of the key discussions in Washington is to what extent the US should “decouple” from China. But even with the greater restrictions placed on Chinese investment, with targeted sanctions and with tariffs introduced over the past three years, China and the US still enjoy the world’s largest trading relationship, accounting for more than 15 percent of America’s total trade. It is, in fact, impossible to conceive of the “complete decoupling” that Donald Trump recently warned of. Would there be anything to sell in Walmart? How would American factories produce anything without parts from China?

During the US-Soviet Cold War, however, trade between the two struggled to surpass more than 1 percent of total trade for the two powers, despite America and the USSR being respectively the largest and second-largest economies in the world for most of the period.

In this sense, the US-Iranian economic relationship is much closer to a classic Cold War situation. US-Iranian trade is just a few million dollars a year, while Washington has enforced both primary and secondary sanctions on Iran, suffocating its economy by substantially blocking it from selling its primary export – oil.

Of course, the US-Iranian relationship differs substantially from the Soviet-US Cold War model in the asymmetry between the two participants. But in the level of violence, use of proxies and economic distancing, the relationship is far closer to the example of the Cold War (at least on a regional level) than the relationship currently between China and the US.

This is not just idle musing. With the US-Iranian relationship still tense, and the emotional wounds of the assassination of Soleimani still sore in Tehran, it is almost inevitable that there will be further attacks by Iran and its proxies on US or allied assets.

For Washington, this complicates policymaking, as there is now bipartisan consensus that the US must focus much more on China and deploy its forces to the Pacific rather than the Gulf. After all, the US is committed to defending allies in East Asia such as Japan and Taiwan, defending the freedom of movement in the South China Sea and deterring China from coercive violent tactics. Nevertheless, it is also intricately dependent on commerce with China.

But the immediate tactical necessity of deterring Iran, supporting regional allies and protecting US assets in the Middle East make it difficult to draw down its forces substantially from the region and redeploy them east. Even if a future Biden administration decides to return to the nuclear deal with Iran, it will not prevent the use of proxies by Iran throughout the region.

Iran, then, will continue to loom large in US policymaking and defence planning. As Washington aims to prioritize China and the Pacific in its strategic balance, extricating the US from the Middle East and withdrawing its troops from Gulf states will be an ongoing challenge. China has much to thank the Iranians for.